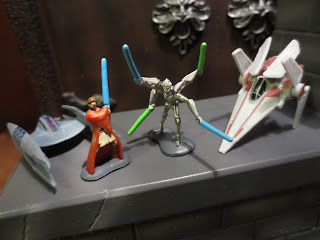 I'm on quite a Micro Machines kick lately and I'm just letting it ride! Today I'm looking at another of Hasbro's figure and vehicle multipacks which features an assortment of pieces from Revenge of the Sith. While I've been complaining about Hasbro's work on playsets and microfigures, I do like the vehicles they've been releasing. This is another set that I managed to get at a discount which has some cool, unique vehicles that we have never seen in Micro Machines form before. Ready for a closer look? Then join me after the break... 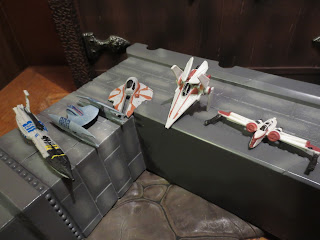 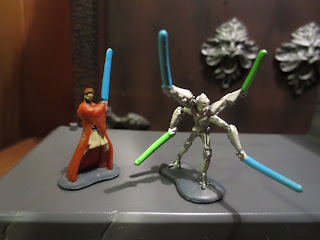 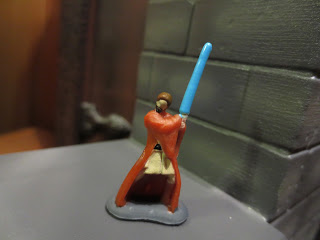 * Here's Obi-Wan Kenobi from Revenge of the Sith. I like the pose here and the paint isn't half bad. There isn't much detail on the sculpt, though. Yesterday I compared a Galoob Obi-Wan from 1997 with this figure and was amazed by how Galoob's nearly 20 year old product was superior to something Hasbro released last year. They just need sharper sculpting on these little guys. 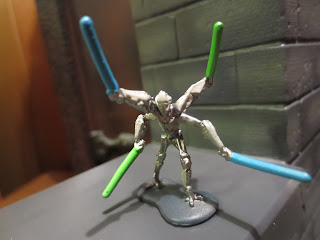 * And here's General Grievous! He's decently sized and actually has a pretty good sculpt. There's a fair amount of robotic detail on his body and limbs. I'm glad Hasbro went with a pose that shows all four of his limbs out and armed with lightsabers, too. It looks really cool. I'd be willing to say that Grievous is on paw with a good deal of Galoob's work during their Micro Machines run. 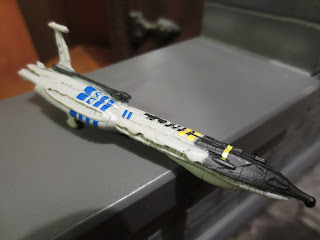 * Micro Machines have never really been big on scale so a massive capital ship like Grievous' Invisible Hand don't appear any larger than a standard X-wing. It's all good, though, as it's fun to have a variety of different ships. This is the ship that Anakin and Obi-Wan crash-landed on Coruscant in Revenge of the Sith, so here's your chance to see what it looks like shiny and new! It's a cool piece with nice paint although it definitely feels like it needs a stand. I wish Hasbro included stands with these Micro Machines. At least they all have peg holes. 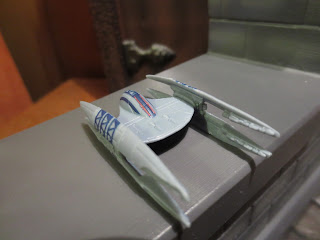 * I'm pretty sure Galoob got around to releasing the Droid Fighter (officially designated as a Variable Geometry Self-Propelled Battle Droid, Mark 1 or a Vulture Droid) during the Episode 1 product line but it's perfectly fine to have a new one. This one features some nice detail stamping and a fairly crisp sculpt. I like these guys and I'd love to see Hasbro release one in it's walking mode. 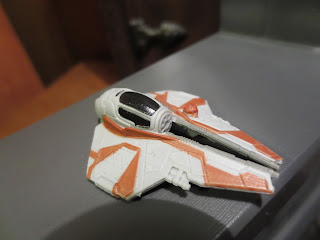 * Obi-Wan's Eta-2 Actis-class light interceptor (just call is the Jedi interceptor) is a cool little vehicle that appeared in Revenge of the Sith and a few episodes of Clone Wars. I could definitely see Hasbro repainting this ship a few times to get some more usage out of it as we'd at least need Anakin's ship, right? The sculpt is good and the paint is pretty solid (although the droid could be a bit better). I'd like a version with the side wings out, though. It really does change the look of the ship. 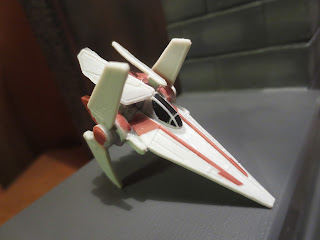 * The V-Wing (real name: Alpha-3 Nimbus) is a nifty little starfighter. I have to admit that I always love adding new ships like these to the ranks of my Micro Machines fleet. This ship might be the standout in this set as the paint is clean, the design is lean and mean, and the wings are in a perfect position. This little ship has excellent swooshing potential (swooshing is when you grab the ship in your hand and "swoosh" it around making dog-fighting noises). Yes, this V-Wing is swooshable indeed! 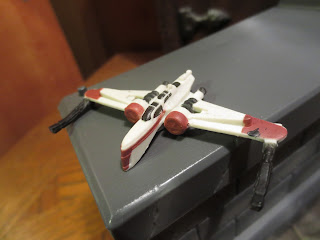 * The ARC-170 (Aggressive ReConnaissance-170 starfighter) is an extremely cool looking ship that shows up in Clone Wars, Revenge of the Sith, Rebels, and the Kanan Jarrus: The Last Padawan comic series. It's an incredible design and I think Hasbro did a great job with it. There is a bizarre black paint splotch on one of the wings on mine, though. I also wish Hasbro has sculpted this one with the smaller wings on the top and bottom were opened in a more dynamic position. It would have looked so much better! 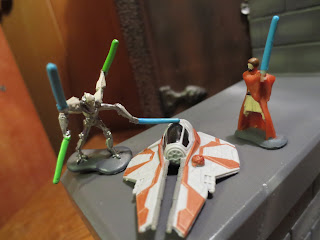 If you're a prequel fan (I hope we're all old enough now to admit that there's quite a bit about those films that we love) here's a great chance to pick up a few cool vehicles from Revenge of the Sith. I really hope Hasbro continues the Micro Machines line as while the figures and playsets have been bland, the vehicles themselves have been pretty good and there's so much more stuff I'd like to see Hasbro release. This is a Good and a 1/2 set that features a few real standouts like the V-Wing and the Jedi Interceptor that will nicely integrate into your collection!

I've also reviewed plenty of other Micro Machines products from both Galoob and Hasbro: