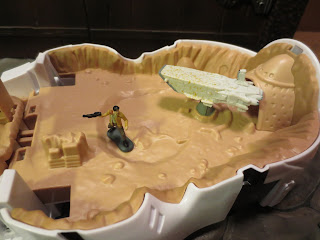 I think this is the first time I've written about Micro Machines on here, which is pretty surprising considering that Galoob's Star Wars Micro Machines are quite possibly my favorite Star Wars toys of all time. I've written about my first Star Wars figures but Galoob's Star Wars Micro Machines were the first Star Wars toys that I picked out and bought myself (or, y'know, asked my parents to buy me). I was really pumped for Force Friday last year when I found out that Hasbro was once again Star Wars Micro Machines but the actual product initially left me pretty cold. I kept an eye on things, though, and eventually decided to bite as prices have been dropping at places like Amazon (particularly if you can snag some sweet warehouse deals. Today I'm looking at the First Order Stormtrooper Playset that opens up into the Tuanul village on Jakku which is where the first scenes in The Force Awakens take place. Ready for a closer look at one of the first two Star Wars transforming heads Micro Machines released since 2000? Then join me after the break... 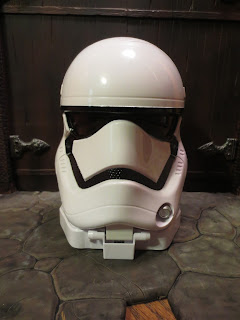 Non-Scalper Price: $20 (but shop around and find it for less) 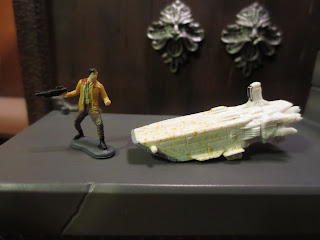 The Minis (from Left to Right): 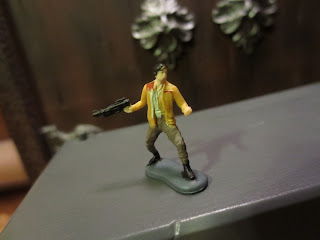 * Oddly enough, the set only comes with one minifigure. It's Poe Dameron in his more casual flight jacket. Considering he's only an inch tall this is a pretty good mini. There's a decent amount of detailing (the red stripes on his jacket are visible) although the paint work is a bit messy in places. There's a noticeable missing paint spot on his hair and some slop on his jacket. I think he's about as good as any of the minis from Galoob's second or third year of Star Wars figures in terms of the detail. 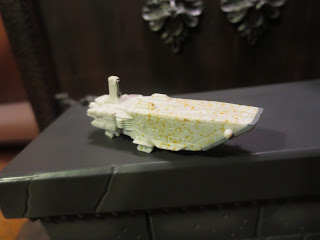 * The First Order Transporter, also know as an Atmospheric Assault Lander (AAL), is how the First Order delivers their troops to the surface of Jakku. This is a cool little ship that has some fairly crisp sculpting and a few nice paint applications such as the window on the pilot's tower and the blue energy of the thrusters. It has a hole on the bottom but it doesn't come with a stand. It also has a sandy spray effect across the front to replicate a combat landing on Jakku. 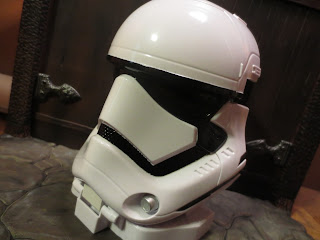 * I absolutely loved the concept of these playsets that folded up and could be displayed as miniature busts back when Galoob released them in the mid 90s and I still love them today. Overall the First Order Stormtrooper looks pretty good and features a clean, crisp paint job. The helmet is also about the same size as the old Galoob transforming heads so you should have no problem displaying these alongside any you might still have around. Other than living in small apartments between 2005-2008, I'm not sure I've ever went without displaying those old playsets. 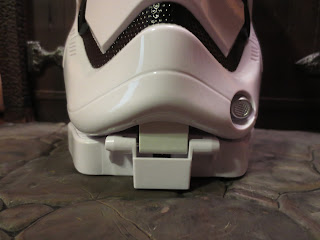 * I do hate this ugly hinge on the front, though. It's quite visible and definitely ruins some of the clean aesthetic of the sculpt. 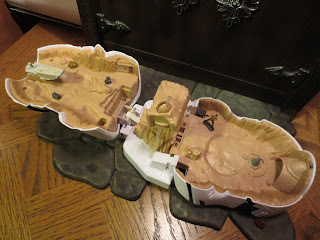 * The front and the back of the Stormtrooper's helmet folds down to reveal the village of Tuanal on Jakku. Not many of the old Galoob playsets opened like this (the Tie Fighter Pilot/ Imperial Academy is the first one that comes to mind) so it's kind of cool to get something different. There's a lot of space here for placing microfigures if you have a decent collection of them. 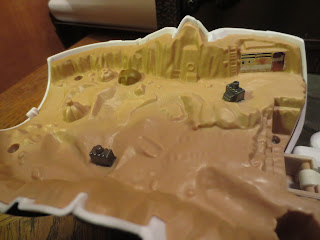 * Here's one side of the playset that shows the outskirts of Tuanal village with lots of crates and rocks scattered around. There's quite a bit of sculpted detail here but there's not much going on in the way of play features. Nothing moves or has any fun features that give a nod to scenes from the film. I get the feeling that Hasbro had little idea about anything in the film when making these so they're somewhat generic feeling, unlike Galoob's playsets that tended to contain very scene specific play features and details. 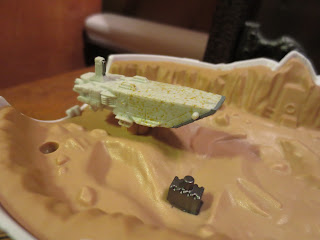 * There are a few pegs over here so you can plug the Atmospheric Assault Lander in, though, and make it look like it's hovering in place as troops disembark or load back up. 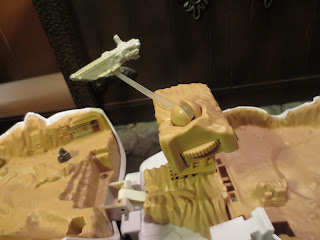 * The only actual play feature is this clear plastic "flight wand" that you can put the AAL to have it fly over the village. There's a rigged disk that spins the flightstick around, allowing the attached ship to hover over the battlefield. It works well but it takes up a lot of space and I just don't find it that exciting to be honest. And, unfortunately, nearly every playset in this new series of Micro Machines has the same darn feature. 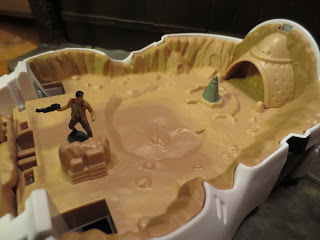 * While it's smaller, the other side of the playset seems a bit more interesting. Maybe it's because it has Lor San Tekka's hut on the end. 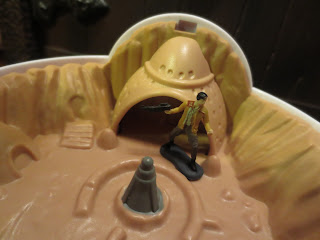 * I wish the hut were larger, though, so that a figure or two could hang out in there. Heck, I wish the set had come with a Lor San Tekka figure as well. 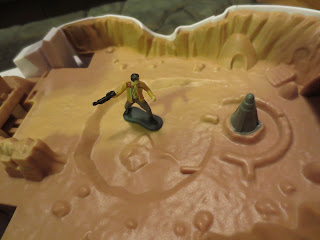 * I think the biggest problem with this set, even more so than the lack of play features, is the lack of minifigures. Surely these little guys only cost Hasbro a few pennies, right? This set, reenacting the first scene from the film, should have come with a few other figures such as BB-8, Lor San Tekka, Kylo Ren, a Flametrooper, and maybe a bloody masked Finn. That really would have helped to sell me on this and I guarantee it would have sold other collectors and kids, too. 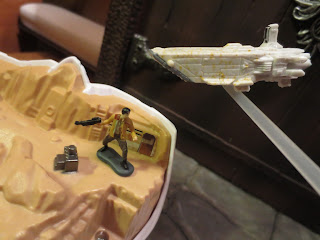 The First Order Stromtrooper Playset is really underwhelming. The lack of play features and only including one figure just makes this feel like it's a lackluster, bare bones product. If Hasbro is going to keep Micro Machines running (and things look bleak at the moment) they're going to need to ramp up the value a bit. Including more microfigures is a must! This is a Good set but I wouldn't pay full price for it. I paid between $6 and $7 dollars and I feel I got my money's worth. Had this included more figures, though? I would have bought it on Force Friday last September at whatever price Hasbro and the Toys 'r Us I was hanging out at asked.