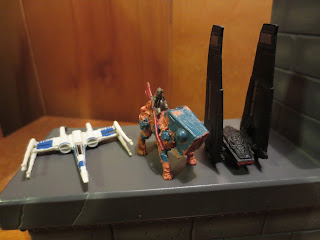 I've been fairly critical of Hasbro's efforts (or lack thereof) on the Micro Machines line but I will give them credit for the work they're doing with the actual Micro Machines vehicles themselves. Today I'm looking at one of the small three-packs that you can find for around $5: Desert Invasion. Packed with the Resistance X-Wing, Kylo Ren's Command Shuttle, and a Luggabeast, this is a pretty cool little set of three vehicles (well, two vehicles and a creature) from the beginning of The Force Awakens. No stands included, though, which really is a shame. This is a micro review so how about we keep things short and get it rolling, eh? Join me after the break... 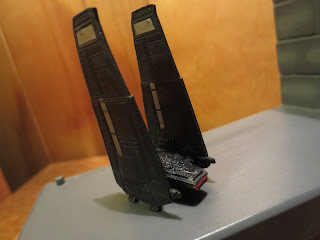 * Kylo Ren's command shuttle is the successor to the Imperial Lambda-class shuttles from the Original Trilogy, although I do wish this model had been crafted with the wings down. I love the silver paneling on the wings and the red cockpit. This is a great vehicle and definitely the highlight of this set (even though you can pick this ship up in other sets). 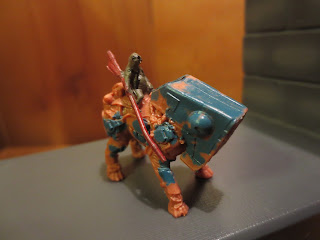 * The Luggabeast w/ a Teedo on top is probably the most interesting piece in this pack as it's not a ship. The Luggabeasts are cybernetically enhanced creatures and you can see the cool armored panels and wires on this creature. Unfortunately, the paintwork seems rather haphazard. It looks more like a random camouflage pattern than an actual paintjob. The Teedo looks good, though. I love that he's wielding a pike. 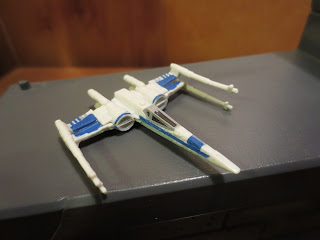 * The Resistance X-Wing is a pretty cool ship. I like the version with the open S-foils better but this one isn't bad and adds some variety to your fleet. The paint isn't too bad, either. While some of these vehicles look more "plasticy" than Galoob's efforts the actual sculpting seems a bit sharper. I like how the S-foils meet on these newer model X-Wings which definitely seems like a realistic upgrade from the Original Trilogy models. 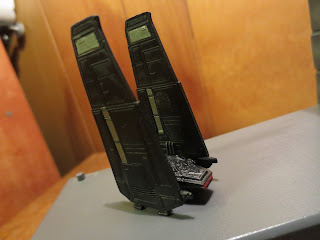 If you like Micro Machines, this isn't a bad set if you find it for around $5 or less. The Luggabeast is my biggest disappointment as while the sculpt is incredible, the paintwork is really quite ridiculous. Kylo Ren's Command Shuttle is impressive, though, and the Resistance X-Wing is on the above-average said. Overall, this is a Good set and is definitely fun to add to your collection, but it's not as good as I would have expected. A bit more attention needs to be paid to the paint and stands need to return to help Micro Machines again stake their claim in the toy aisles.

I've reviewed plenty of other Star Wars Micro Machines from both Hasbro and Galoob, including: