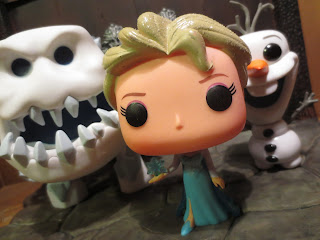 There are many things I love about being a parent but one really cool aspect is that you get to share the things you love with your kids. My daughter currently is nuts about superheroes, Star Wars, Ghostbusters, wolves, trolls, the TMNT, and Halloween. I'll be you can't guess where she got that from? I love being able to pass stuff like that on! Of course, if you're paying attention as a parent, you find that you start to appreciate some of the things your kid likes, too. So far, the thing she has introduced me to that I absolutely flipping love is Frozen. Frozen was released in 2013, shortly after my daughter was born, and I can safely say I paid absolutely no attention to the movie whatsoever. Last year when my wife and I went to see an opening night showing of The Force Awakens, a friend who was babysitting our daughter showed her Frozen and that was it. Frozen fever hit our house. My little one received the movie for Christmas and it was often playing in the house, but it took me a few weeks to sit down and watch it. As someone who has never been a big Disney fan, I was amazed. Not only was this a pretty entertaining kids movie but it's a pretty darn fantastic film overall. When I saw this three pack of Funko Pop! figures on a clearance sale a week or so ago I had to pick them up. Marshmallow is an incredibly cool character, Olaf's pretty hilarious, and Elsa is my favorite. How could this be anything but pure win? Read on and find out more about this fun set of Pop! vinyls after the break... 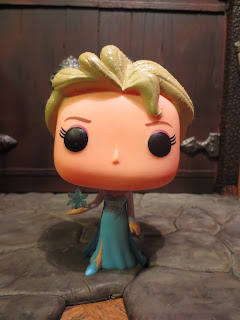 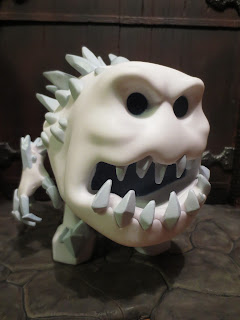 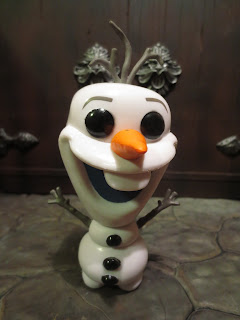 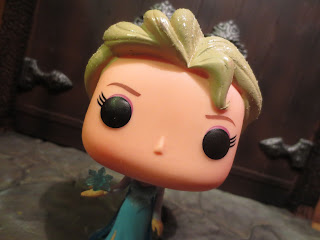 
* Elsa has quickly become one of my favorite film characters and I really like how Funko translated her into Pop! form. Even with the minimal facial expressions of your average Pop!, they still managed to give her some character through her eyelashes and windswept hair. 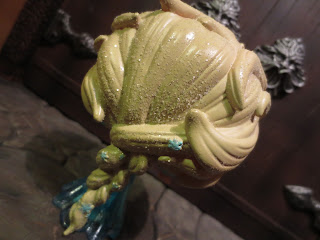 * Elsa hair is really nicely done. Not only does it have a number of little snowflakes sculpted into it but it's also covered with glitter. It looks great and really adds a lot of oomph to the set. 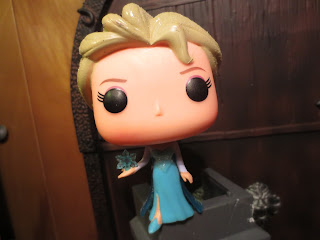 * I really like Elsa's pose, particularly the snowflake she's conjuring in her right hand. Her dress looks really cool (with some glitter it) and she's got one leg stepping out from underneath. Does this seem like appropriate attire for someone living in an ice palace on a snowy mountain? Considering that the cold never bothered Elsa anyway, yes. Yes it does. 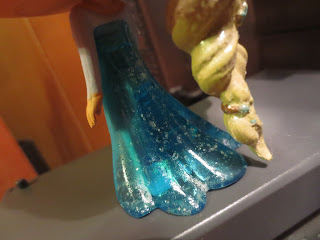 * The train of Elsa's dress (or is this a cloak?) is molded in a translucent blue plastic to reflect the sheer material of the garment. What a cool idea! This piece is also covered in glitter, too. 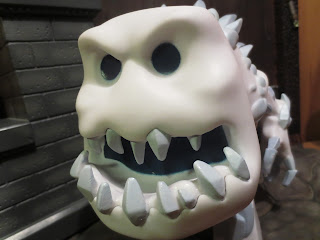 * Wow! Marshmallow is incredible! Check out this face! The mouth is actually recessed and the eyes are sunken in quite a bit. This guy is just awesome. I love the idea of Elsa using a giant ice construct and I can imagine this guy popping up in a game of Dungeons & Dragons. 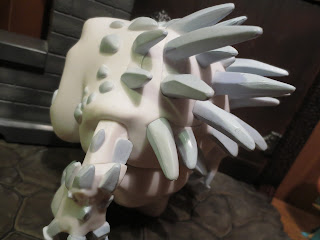 * Check out those icicles on Marshmallow's back. Landing on his back is a Mortal Kombat styled fatality just waiting to happen. 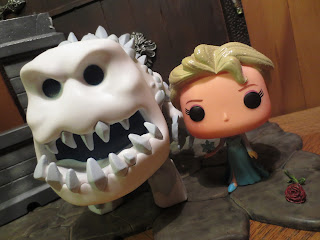 * I just love how large and hulking Marshmallow is! While it's not accurate to the film (where he's much larger) it definitely looks imposing next and gets the point across when he's standing next to a regular sized Pop! I have nothing negative to say about Marshmallow. All good things, all good things. 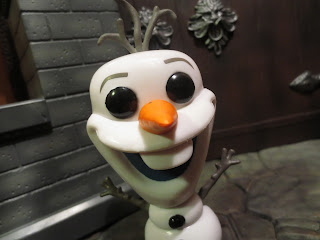 Isn't this guy just adorable? How can you look at this face and be upset? Olaf is like instant smile. He's the answer to drug abuse. Feeling down and low? Just look at this little guy and you'll feel better in no time. This is such a charming toy! Plus, word on the street is that he's also a love expert. 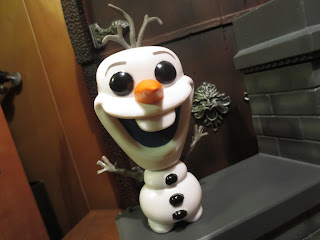 * Gosh, throw in Olaf's body and arms and he's even funnier. This little guy just cracks me up. He's definitely more "detailed" and seemingly less stylized than other Pop! figures, but I think it works. 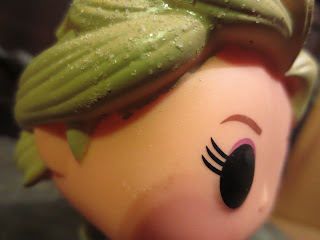 
* I love the work on Elsa's hair for the most part (especially the glitter) but the paint lines between her hair and her face are a bit sloppy. 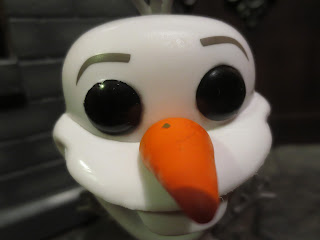 * There's a weird little speck on Olaf's nose. It looks like some sort of paint chip. I tried to pretend it was a spot where Sven attempted to take a bit of Olaf's nose, but I couldn't: This is just a quality issue. 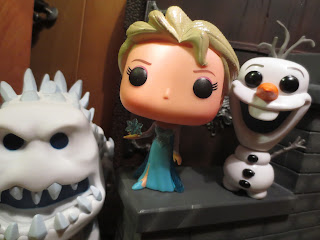 I have to admit that getting three Pop! vinyls that I really like in one set is awesome. I joke that I don't collect Funko's Pop! vinyls; they just keep turning up. As a casual Pop! collector this set nails it on all cylinders for me. Despite the few small QC issues, this trio shows off how cool the line could be. Elsa's the only traditional Pop! in the set and she still has some cool extras like glitter and translucent parts. Marshmallow is a hulking behemoth in a cute vinyl line and Olaf's just about the most pleasant toy I've seen this year. This set earns an Epic from me. It's a 2015 set but you can still find it for under $20 bucks if you shop around. That's a grand deal and well worth it if you like these characters. Heck, Marshmallow would just make a grand D&D miniature, wouldn't he? Considering the high price of designer vinyls, I think he feels like he's worth the price of the set alone.

I haven't reviewed any other Frozen stuff on here. I have reviewed one other Pop! Disney figure, though: POP! Disney by Funko Jack Skellington as the Pumpkin King from The Nightmare Before Christmas.
Posted by Barbecue17 at 10/02/2016