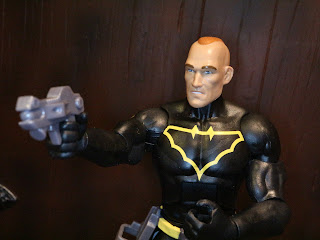 Near the end of last year I reviewed DC Collectibles' GCPD Batman which is based on the New 52 Batman story arc where Jim Gordon takes over as a Gotham City sanctioned Batman in Bruce Wayne's absence. Today I'm looking at Mattel's version of the character from the most recent DC Comics Multiverse series. Mattel's take is called Jim Gordon Batman which more easily identifies who is actually underneath the cowl. It also includes an unmasked Jim Gordon head which definitely makes this a pretty worthwhile purchase. I'm really liking the fact that Mattel has been giving us action figures based on very specific books and story arcs, especially some more recent ones. That's always a cool feature for a comic book focused toyline. Let's take a closer look at this new version of Gordon Bats after the break... 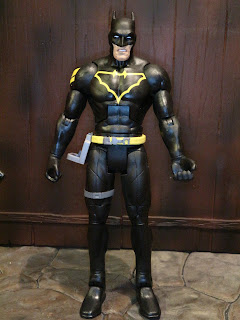 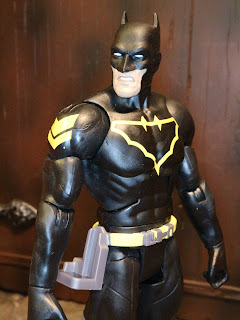 
* Overall, the Jim Gordon Batman is a rather nice looking figure. The aesthetics are a bit different than the DC Collectibles version (this one has a chunkier build and a larger bat symbol on the chest) but overall Gordon definitely resembles his comic counterpart. The paintwork is minimal, but clean (I like the stripes on his shoulders), and he fits in nicely with previous DCUC figures. He does have some lines molded into his outfit, too, which helps to give him a bit more of a high-tech look. 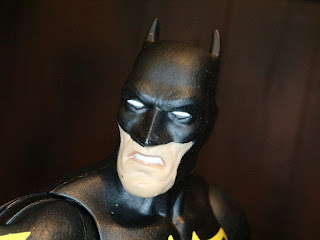 * The headsculpt is definitely very Batmanish, but it also matches up nicely with the unmasked Jim Gordon head. It's clear that both headsculpts are meant to be the same guy. The short bat ears look slick and pointy and the eyes are very bright. 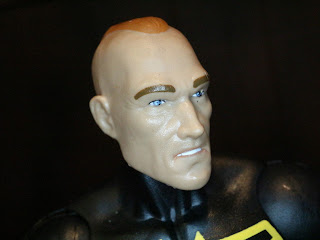 * Possibly my favorite thing about this figure is the unmasked Jim Gordon portrait. Gordon looks so different with no facial hair and a crewcut, but it's a cool difference. I was shocked that DC Collectibles didn't include an alternate portrait with their GCPD Batman, so I'm glad Mattel did. 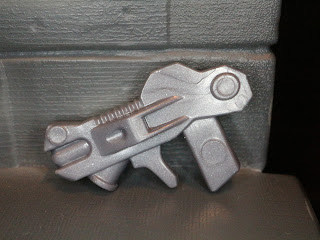 * One of the primary differences between Gordon's Batman and the real Batman is Gordon's use of a gun. Gordon uses a taser like pistol. While this version is nowhere as detailed as DC Collectibles' version, it's still a pretty cool accessory. I really like both the size and the shape of this piece. 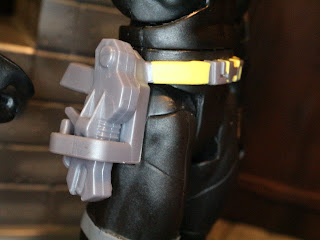 * It also fits into the holster on Gordon's right hip very easily and stays in fairly securely. The holster and belt are not removable but are a separate piece placed around the waist.

*I (rather unwisely) picked Jim up without the build-a-figure piece for a reduced fee as I only wanted three figures in the set, so I'm left without a piece of the very impressive King Shark. If you buy this new in the package, you'll get King Shark's right leg as an extra. 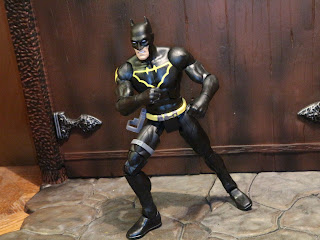 * This figure has all the articulation you'd expect from a Mattel DC figure but there's just something off about it. It's tough to explain, but it almost feels like I'm having to wrestle with the articulation. Some joints don't just feel like they want to move, such as the hips and shoulders. Also, the head has a very, very limited range of motion. 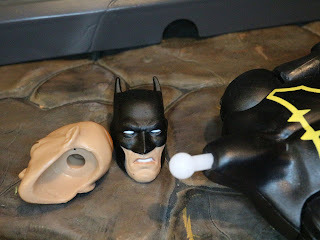 * About the head: It's very, very difficult to switch heads on this guy. The Joker was pretty easy; this guy is a real challenge. 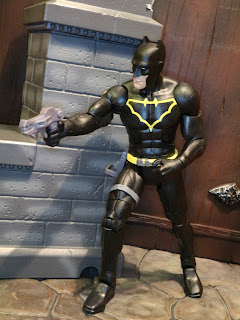 Jim Gordon Batman is another Good and a 1/2 DC Comics action figure from Mattel. The figure looks nice, has some cool extras, and gets the job done, but there's still a sense that things could easily be improved with just a bit more thought. I'm liking Mattel's varied character selection in this line, but I wish a but more effort went into the production side of things. Mattel's been making DC figures for nearly 15 years now but it seems that in some ways, they're going backwards while other companies like Hasbro continue to improve each and every series. Again, this is a Good and a 1/2 figure. He's fun and looks great on the shelf, but there's just a level of finesse that seems to be missing.

Looking for more DC Comics Multiverse reviews in general? Check out the following: