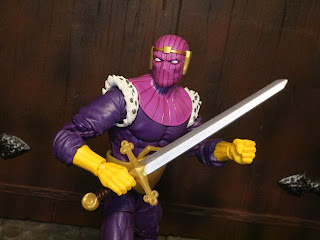 Remember last year when I reviewed the Baron Zemo figure from The Falcon and the Winter Soldier and stated that I hoped Hasbro would release a classic comic styled Zemo next year? You're welcome! Maybe now I should ask for a new version of Banshee, huh? Baron Zemo is part of the Super Villains subset of Marvel Legends figures and he's a Walgreens exclusive. It's been a long time since I reviewed one of those, hasn't it? I've actually got Binary on the way and I'm looking forward to Jigsaw, Walgreens has definitely been putting out some figures I've been interested in, again, so kudos to them. I originally reviewed the 2014 Baron Zemo back in the Captain America: The Winter Soldier line but that actually belonged to the Reel Brad (who later sold it). This is the Zemo I've been wanting, though, so let's jump in and check him out after the break... 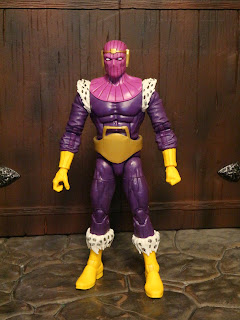 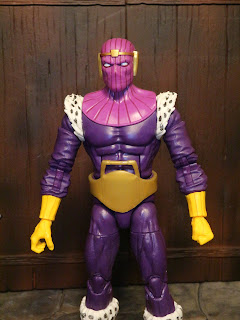 The Positives:
* This is an excellent looking figure of Baron Zemo. He's got some bright, bold color and quite a few new pieces to capture the more unique parts of his outfit. The collar of his mask that drapes over his shoulders and down his chest is a sculpted detail rather than just being painted on while his "fuzzy" shoulder cuffs are separate pieces attached to the torso under the tops of his shoulders.
* Zemo's belt is also a new extra piece. It isn't removable but it does "float" over his waist and matches most depictions of this costume quite well. 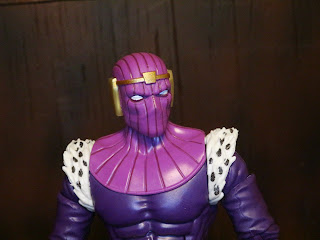 * The headsculpt is excellent and one of my favorite masked portraits in recent memory from Marvel Legends. The sculpt and detail on the ribbing of Zemo's mask is excellent. I love the whited out comic book styled eyes as well. Baron Zemo is one heck of a snappy dresser for sure. 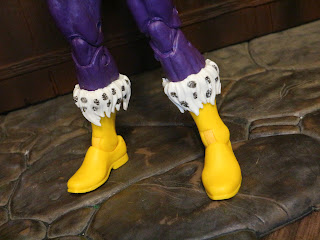 * Check out these boots! I bet Profit Director Destro will be mighty jealous. Hasbro did a nice job on the paint work around the furry cuffs to give them some speckles that aren't just painted dots. They look softer, like actual fur. It's an interesting approach and I think it pays off. 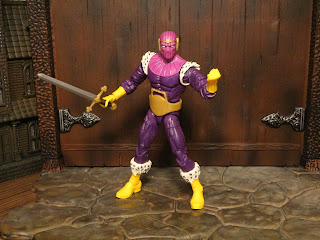 * Baron Zemo has excellent articulation and can move freely, allowing you to get some great poses out of him. He's a really fun figure with the great articulation most Marvel Legends figures are known for and a sturdy build. 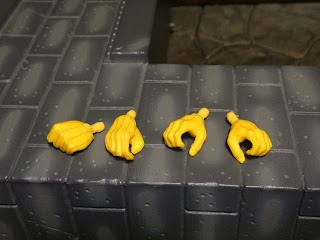 * Zemo comes with four interchangeable hands: A right fist, a left pistol grip (though he doesn't come with a pistol), and a pair of standard gripping hands. They swap easily and the hands even have some painted detail for the ribbing on the gloves. 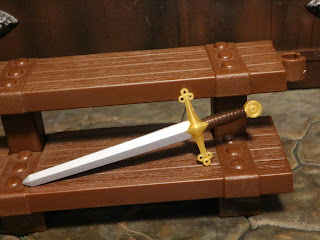 * This is the same sword the 2014 Baron Zemo came with (and many other Marvel Legends figures) but the paint job is much nicer tis time around. It's a shame there's no pistol, though. 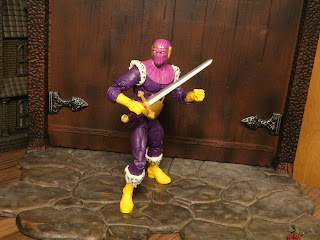 This is definitely my favorite Baron Zemo figure released yet. Since he's a Walgreens exclusive he doesn't have a build-a-figure piece but he's also a bit lighter on accessories than I expected. A pistol and an extra head or some more gesturing hands would have been appreciated. Still, Zemo is a Great figure and I'm glad to have him. He's been showing up fairly frequently on the Walgreens website so keep checking and hopefully you'll score one for yourself. He's a pretty key character and I doubt you'll want him absent from your collection if you collect classic comic book inspired Legends.