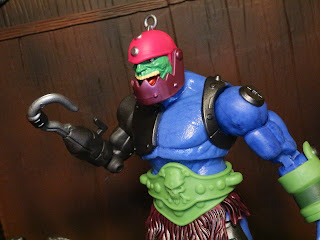 Ready for another Masterverse review? Over the past month or so we've seen lots of images, leaks, and official reveals showing off the future of the Masterverse line and it seems that Mattel has big plans. Like the Tri-Klops figure I reviewed earlier this month, this version of Trap Jaw is from last year's Masters of the Universe: Revelation animated series and includes an extra outfit to change the character from his classic look to his ceremonial outfit for the Motherboard cult. With Masterverse, the Netflix He-Man and the Masters of the Universe line, and Masters of the Universe Origins, Mattel has shown a willingness to release items at many different price points. Trap Jaw is sold as a deluxe figure because of his additional outfit. Is he worth picking up for your collection? Let's check him out after the break... 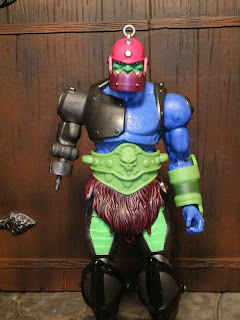 The Positives:
* Trap Jaw has always had some amazing action figures based on his likeness and it's still tough to compete with the 2008 Masters of the Universe Classics release and even the 200x Trap Jaw. This guy's pretty good, though, and manages to mesh a classic style with the leaner but still muscular aesthetic of this series. Trap Jaw is mostly a unique figure and is very faithful to the model sheet for Revelation. He's even hunched over a bit at the neck. C'mon Trappy; show some better posture! The colors look fantastic, the paint work is neat and clean, and his skull and crossbones belt is a separate piece. 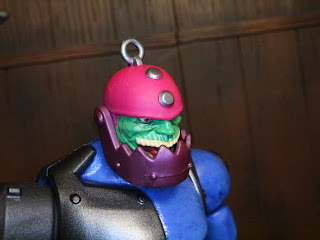 * I really like the portrait on this version of Trap Jaw. It's a very traditional look with a massive metal jaw, a rounded helmet with the loop, and a grim and green visage. The detail on the piece is nice and everything has a paint hit to bring it to life. 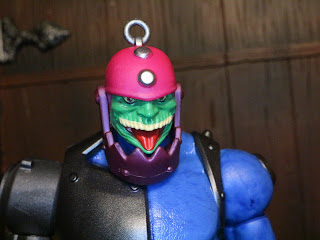 * Where there has been some criticism of the figure is his lower jaw. Well, the lack there of, I guess. His big metal jaw is hinged and can lower to reveal the fact that Trap Jaw is missing his lower jaw and his lower set of teeth. There's just his tongue sticking out. It's pretty weird looking but it seems to match the art of the show and it's in line with what most other lines before it have done with the character. I think the oddity here is the lower green jaw or skin flap or whatever being present. It looks weird but I dig it. I mean, he's a guy who's lower jaw was knocked off/ destroyed by magic, so weird works. 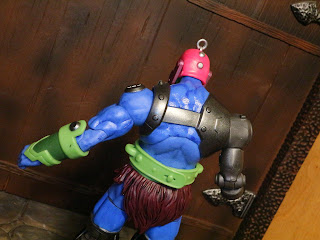 * Not only does Trap Jaw have a very unique sculpt but he actually has some paint effects on his body to bring out a lot of the detail. It's a simple darker blue paint wash on his blue skin but it looks great and makes him much more impressive. 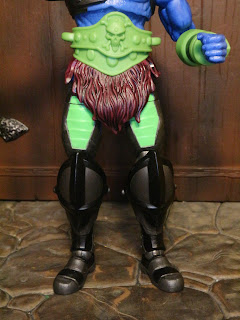 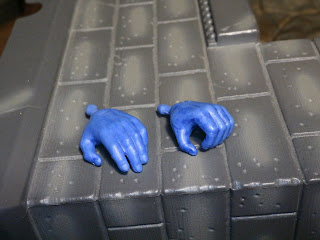 * For his left hand Trap Jaw has two swappable hands: An open palm and a standard grip. They won't change your life or anything but they do make display options for him a bit more versatile. 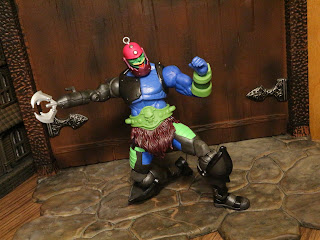 * The articulation is good here. Really good. Masterverse has been a fantastically sturdy and well articulated line so far and these figures are really fun to mess around with. Mattel is doing an excellent job here for a mass market retail line and Trap Jaw is another hit. His robotic arm moves great as well with a nice range of shoulder motion. 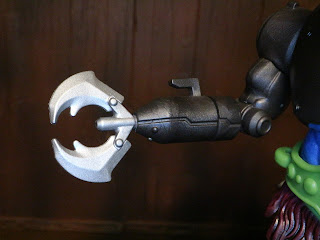 * Like most version of Trap Jaw that have come before (but not you!) this guy comes with three swappable weapon attachments for his mechanical arm. First up is his gripper and, wow, is this better than most clamps and grippers that have come before. It's sharp, it's bladed, and it looks more useful in battle than previous claws/ clamps. 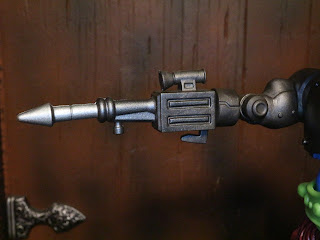 * The laser cannon arm is usually my favorite of Trap Jaw's but I'm not so sure that it surpasses the clawed hand this time around. It's still cool looking, though. I particularly like how the attachments do have some paint applications on them. Just a splash of silver detail really brings these accessories to the next level. 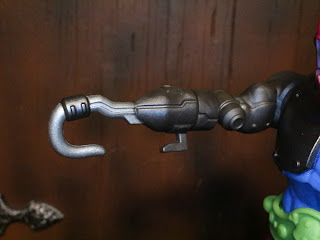 * Last up is the hook attachment which I've always taken as Trap Jaw's default attachment. It's hooked and has some etched details in the bottom of the hook that tie it in nicely with the rest of the arm. 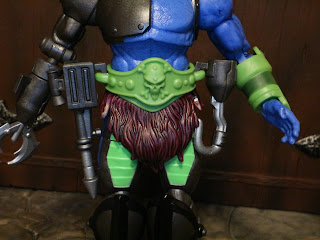 * If you want a safe place to stow the extra attachments for Trap Jaw you can place them in the loops of his belt. 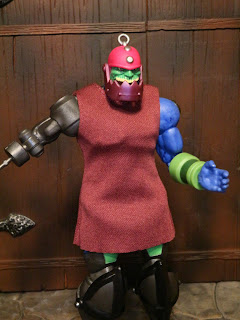 * In MOTU: Revelation many of the Evil Warriors had jointed the Motherboard cult (which seems to have some ties to the Hordak and the Evil Horde) after the death of He-Man and Skeletor. To deliver that look Mattel has included three extra outfit pieces so Trap Jaw can get suited up for a techno-organic ceremony! First up is this fabric tunic. OK, it looks goofy by itself but it's actually a rather nicely tailored piece with a functional Velcro strip in the back. It's very easy to put it on and take it off of the figure. 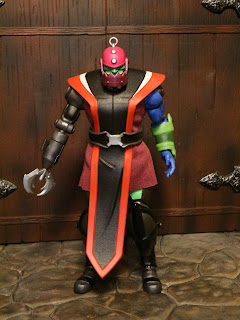 * To complete the look Trap Jaw has a long ceremonial robe and a belt. Both are made of flexible plastic and they fit on the figure nicely. The colors are really cool and I love how unique it makes Trap Jaw look. It's cool to see the character in such a different outfit. 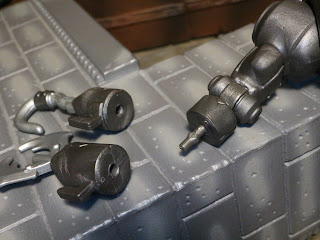 The Negatives:
* The laser cannon arm is OK but I'm really having to struggle to get the claw and hook attachments on Trap Jaw's arm. I'm not sure if the holes are too small or the peg has too much of a flare on it but it takes more strength than I'm comfortable using to get these parts on. 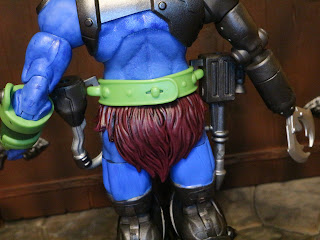 * I love that Trap Jaw can hold his extra attachments on his belt but it would have been nice if they were a bit further back, maybe closer to the back of his belt, so that they don't impede his arm  movement. 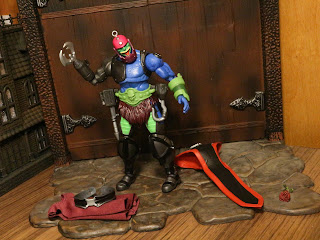 If you're not a fan of Trap Jaw's Motherboard appearance, that's OK! This is still an excellent classic Trap Jaw. If you missed out on the MOTUC Trap Jaw maybe this guy will help fill a slot in your collection. He's a solid figure and the swappable outfits are pretty cool. Maybe not quite worth the deluxe pricing but there's still quite a bit of coolness here. Trap Jaw gets a Great and a 1/2 from me. He does have some minor issues but overall I'm quite pleased with him. Now...do you think Mattel will ever deliver a Masterverse Whiplash? His Motherboard costume is incredible!