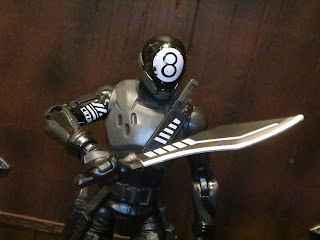 It's time for the last Fortnite: Legendary Series review I've got planned for awhile and today it's 8-Ball! A billiards themed tactical trooper? Absolutely, let's go for it! This guy's clad in black and gray, loaded with weapons, and has an 8-ball themed helmet. He's like a POG and a character from Metal Gear Solid had a baby! Let's take a look at 8-Ball after the break... 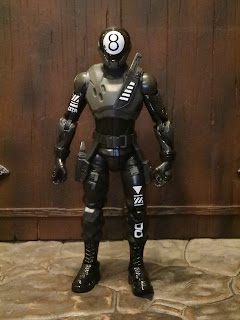 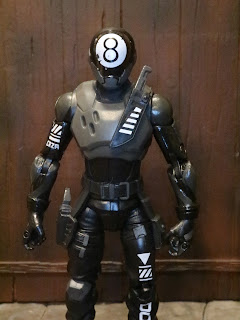 * I'm all about that tactical look and 8-Ball delivers. The mixture of a black jumpsuit with more heavily armor plating looks fantastic. There's a lot of detail on the armored bits and lots of stuff hanging off of the armor like a knife on the shoulder and a pistol on his hip. There's not a lot of paint work, mostly printing, but it's all very clean and really adds a cool pop to the figures appearance. 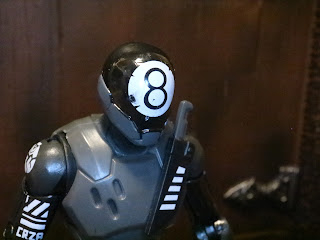 * The helmet for 8-Ball is pretty slick, too. It reminds me of the helmet for one of the ODST guys from Halo except, you know, with a giant 8-ball on it. 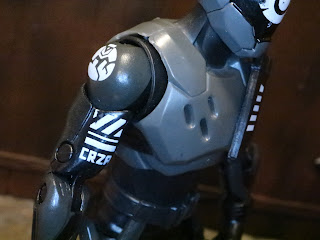 * There's plenty of cool little details printed on the armor. They're very neatly applied and look awesome. Remember how all of the McFarlane Metal Gear Solid 2 figures had details like this on them? I'm always partial to that kind of stuff. 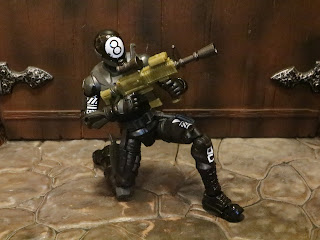 * 8-Ball is another extremely well made figure with excellent articulation. These guys are super fun to mess around with and take some great poses. 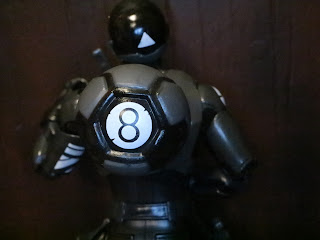 * I think this piece of back bling is called Ball Bling (which sounds like it would be something very, very different). It looks like an armored 8-ball that fits on 8-Balls's back. 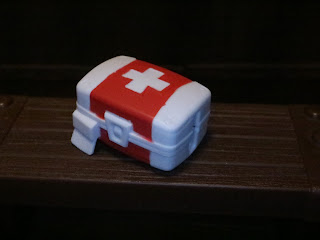 * The really cool Med Kit accessory is nothing new but it sure is handy to have around. Not only does it actually look just like the in-game Med Kit but it has some hidden hand grips on the side so the figure can clutch it better. 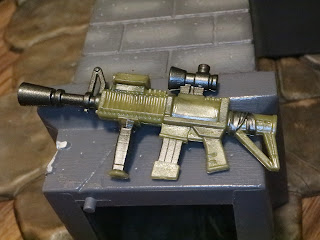 * 8-Ball includes another reused accessory, the Thermal Scoped Assault Rifle which at one time was one of the rarest weapons in the game. It looks a little bit stubby, but that seems to be a stylistic choice. The weapon fits the figure well and even has a few paint applications to give it some more life. 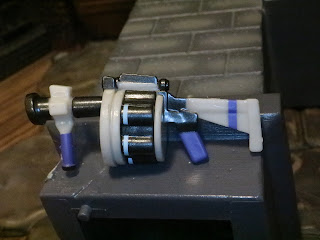 * The grenade launcher is a reused weapon, too, but the paint job on this piece is brand new and it makes the weapon look very slick and very clean. 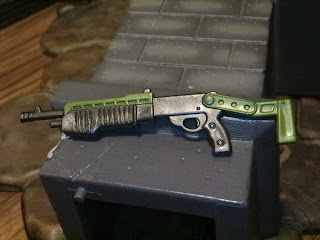 * 8-Ball comes with a weapon that he and Aerial Threat both came with at the same time: The Legendary model of the Pump Shotgun. Based on the Frachi SPAS-12, this is a pretty nice rendition of the weapon in the stylized Fortnite aesthetic. I still always think of Jurassic Park when I see one of these! 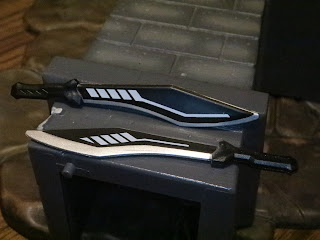 * For a final cool set of weapons check out 8-Ball's amazing kukris! These are fantastic looking and loaded with painted detail. Sweet! 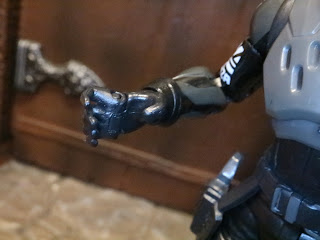 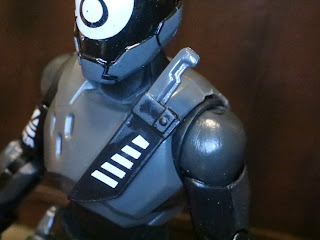 * 8-Ball has a wicked cool knife mounted on his shoulder which is something I just love. Too bad, then, that it's not removable from the sheathe. No! How disappointing! 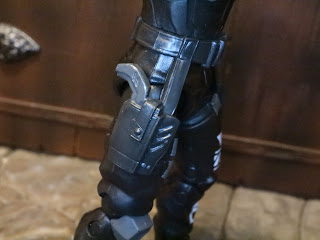 * At least 8-Ball still has this really cool pistol in a holster on his right hip. Wait, what? It's not removable either? Oh, no! Not again! Another accessory that's permanently attached to the figure! 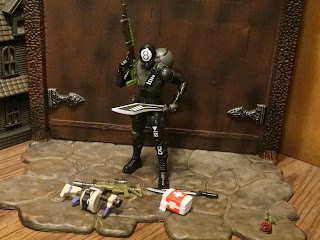 8-Ball is really, really cool. Despite the little hiccups with this guy I definitely really like him. Honestly, he's one of the coolest figures in the line. He's not crazy wacky or anything but he's darn nifty looking and would make a really cool enemy figure for any of your superheros to fight. He's got some really fantastic weapons, too, so that's a huge plus. I love his kukris! 8-Ball gets an Epic from me and is well worth tracking down for fans of the line.