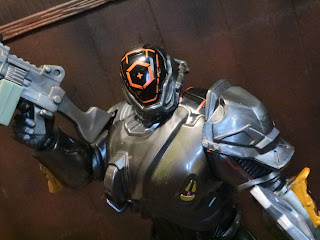 Unfortunately 2021 is the last year for Jazwares' Fortnite: Legendary Series as Hasbro takes over the 6 inch scaled Fortnite license in 2022. Jazwares will still be releasing the 1/18th scaled and 2-inch figures but the line I've been collecting is transitioning to Hasbro. It seems like we'll get to know a bit more at Hasbro's upcoming Hasbro Pulse Fan Fest on April 9th and I'm definitely excited. I like Hasbro's product although I do hate the idea that Jazwares has done an overall great job with the Fortnite 6-inch brand since 2019 and now that it's a proven success Hasbro has muscled in to take it over. I'm probably going to end up writing a Barbecue's Ramblings piece covering my thoughts on this, so for now I'll focus on The Scientist, who is actually a variant of The Visitor from an alternate timeline. The Scientist is part of the new Legendary Series Brawlers subset which consist of larger figures with more complex weaponry. They're about $5 bucks more, too, so I guess you'd consider them to be deluxe releases. I haven't seen Meowscles or Kit yet so this is the first of the Brawlers I've been able to get my hands on. Let's take a look at The Scientist after the break and see if bigger really is better... 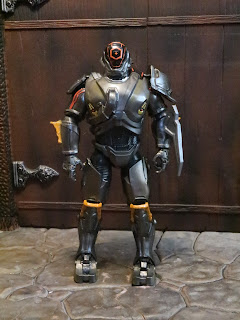 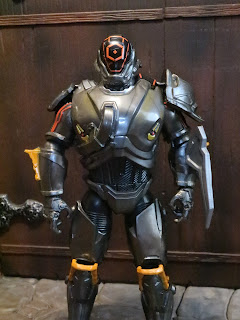 * The Scientist is noticeable larger than the rest of the Legendary Series figures released thus far and he's sporting a very heavy duty battle suit. He kind of reminds me of Iron Monger from the first Iron Man movie. He's molded in a grayish colored plastic with some brighter red and yellow paint applications that add to The Scientist's industrial feel. There's some great texture work on the black parts of the suit that appear to be the bodysuit of the scientist, too, and lots of individual armored pieces. 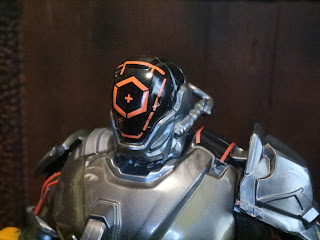 * The Scientist's helmet is where his connection to The Visitor is really noticeable. Like The Visitor, The Scientist is wearing an armored dome helmet with a red HUD across the visor. Of course, the visors are swappable and you get four different visors. 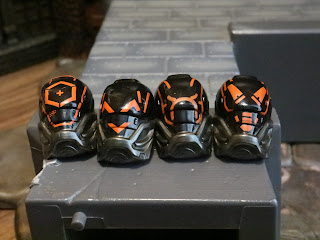 * From left to right you've got the following visors: Crosshair, Smile, the default look, and Glitch. They swap quite easily and stay in place securely. 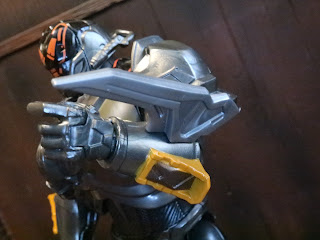 * On his left forearm The Scientist is rocking a massive bladed weapon. This is really cool and seems like something that could be pretty terrifying when used by a massive brute like The Scientist. 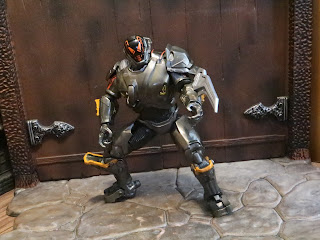 * Overall the Scientist has similar articulation to the standard figures. His arms are a bit more limited but everything else works well for a bulky guy in a massive armored suit. He's certainly durable and you could give him to a kid to play with with no concern of breakage. 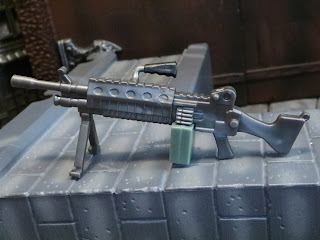 * The Scientist comes with the Light Machine Gun which also appeared in Legendary Loadout #1. The Fortnite accessories have a design aesthetic that captures the look of real world weapons but renders them in a slightly cartooish style, so while this might not fit in with your G.I. Joe Classified Series figures it looks great with the Fortnite line. This is a larger scaled weapon than most others but it fits with The Scientist quite well. 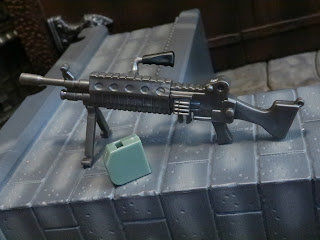 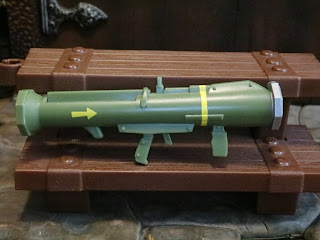 * The Scientist has another weapon from Legendary Loadout #1: The Guided Missile Launcher. This is a fairly standard looking action figure missile launcher but it does fit well with the figures and has some cool paint applications to give it a bit more character (they differ ever so slightly from the Legendary Loadout release). It reminds me of one of the missile launchers from Trendmasters' Independence Day line due to the design and the colors. 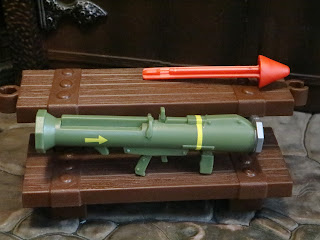 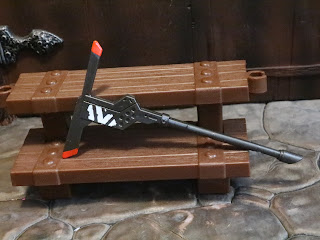 * The Scientist's harvesting tool is all new, though. The Stealth Angular Axe is a pretty sweet looking melee weapon that seems like it could be useful as a tool if needed. Of course, it's probably best used for conking enemies upside the head. Groovy. 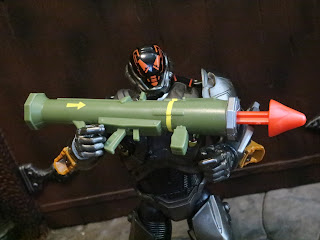 * The Scientist has the same shoulder articulation as the rest of the figures in the line but due to his bulky armor he can't carry either of his weapons with both hands. Since they're weapons clearly designed to be carried with two hands, this is definitely kind of a flaw, don't you think? 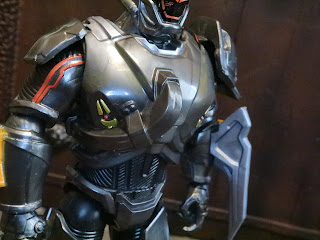 * I love most of the detail on the figure but some of the elements on the armor are pretty soft looking and could either use a paint job or a bit more crispness to the sculpt. 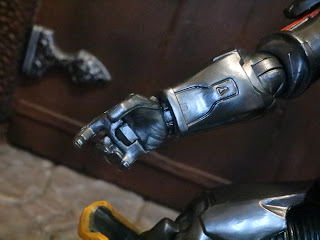 * The Scientist again suffers from the problem of hand hinges that just don't work that well for the weapons included. This is definitely an issue that I imagine won't be a problem once Hasbro has the license, so that's at least one bright point to the swap. 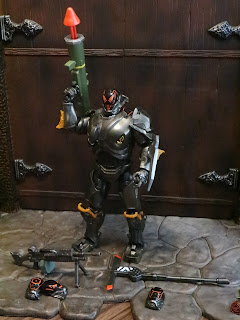 The Scientist comes with lots of cool gear and four faceplates, all of which look really cool, plus he's pretty bulky and menacing. I like the addition of a Brawler class to give us some larger and bulkier characters (there are a few previous releases who I imagine would have benefited from this scale) and for the extra $5 bucks these cost they seem reasonably larger and better equipped. That being said, The Scientist's bulkier frame does make it harder for him to hold his weapons properly. Add that to his hinged fingers, which don't work all that well, and he's definitely got some flaws. I still like him, though, as it's tough to not like an armored person in a suit with lots of weapons and a bit blade mounted on their arm, but he's not the knockout I hoped he would be. I'm still giving him a Great as there's a lot of fun to be had and lots of cool accessories, but this guy should have been flirting with "best in the line" territory for sure.

If you're a fan of The Visitor, also check out the Fortnite: Legendary Series The Visitor.