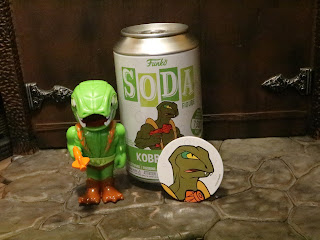 When Funko listed the exclusives for the Funko Virtual Con Spring 2021 earlier this month I was able to order both of the Vinyl SODA figures available: Kobra Khan and Man-At-Arms. When mine arrived in the mail I was thrilled to discover that I actually received Battle Mode Kobra Khan, the limited chase variant. Of course, knowing that I was able to order the standard figure for retail price or less made acquiring the garden variety Kobra Khan a pretty easy sell and I scooped him up shortly after getting my exclusive version. How's the regular Kobra Khan? Let's check him out after the break... 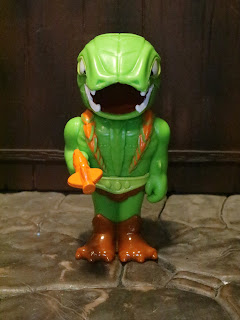 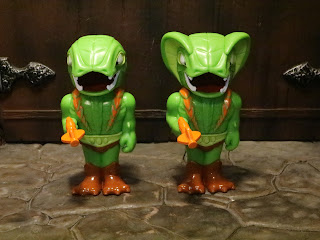 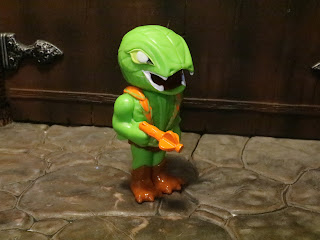 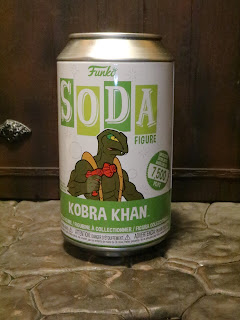 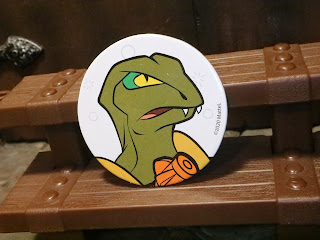 * Inside the can is a round, sturdy cardboard disc. It's kind of like a POG, though a bit larger. On the front is Kobra Khan's head while the back has the figure's name and the run amount listed. 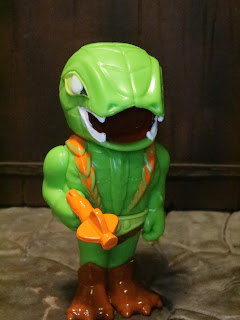 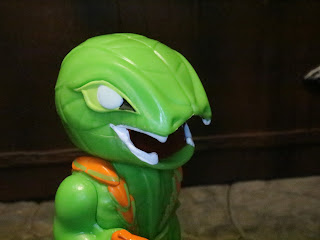 * Kobra Khan has a hollow mouth with some pretty incredible fangs and some seriously snaky eyes. He doesn't have his hood up on this figure but you can still see all of his scales and such. 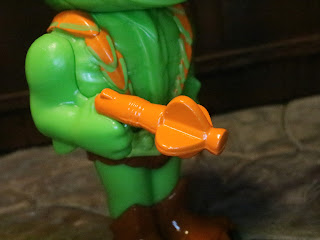 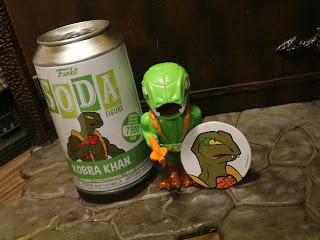 I'm giving the standard Kobra Khan a Great and a 1/2 rating as well. I really like the Vinyl SODA line and he's one of the best figures yet. The details and the paintwork are just really nice for a small, stylized, vinyl figure. I really hope the line keeps on going and gets to all of the Snake Men, the Horde, and pretty much everyone released in the vintage toyline. Oh, and the Princess of Power cast. Kobra Khan doesn't spray water like his vintage toy but he's still a ton of fun on your shelf.

If you're looking for more of Kobra Khan then check out my reviews of the M.U.S.C.L.E. Kobra Khan from the #1 Masters of the Universe (green), the Funko POP! Kobra Khan #41, the Vinyl SODA Battle Mode Kobra Khan, the Kobra Khan POP! + Pez dispenser, and the MOTUC Camo Khan.

For more Vinyl Soda reviews check out the following: