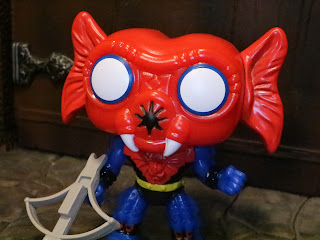 Funko continues to make their way towards offering a respectable selection of Masters of the Universe POP! vinyl collection (though still no Teela) with Mantenna, another offering from the Spring 2021 Funko Virtual Con. Now that the MOTU POP! vinyls are listed under the POP! Retro Toys banner rather than POP! Television (where they were since 2013) the figures are influenced by the vintage toys rather than the Filmation cartoon series. Mantenna looked pretty different in the toyline than he did in the cartoon so this one is definitely a character where the distinction matters. Mantenna #67 was a shared exclusive with Funko Shop and Walmart and I ended up grabbing him off of Walmart.com since they listed him earlier. He arrived really quickly with free shipping, too, which is one of the few positive experiences I've had with ordering product from Walmart.com. Let's take a look at Mantenna, the Horde's evil spy with the pop-out eyes, after the break... 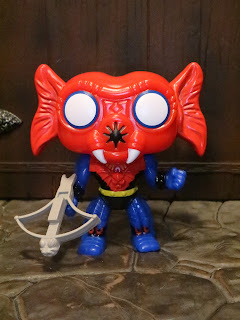 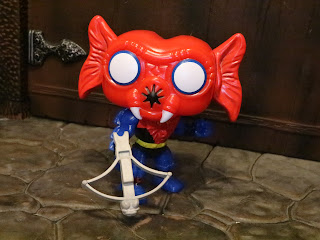 * I love Mantenna! His red and blue colors are so bold and noticeable and his design is just really unique. There's nothing bland or generic about these POP! vinyls at all as the MOTU characters definitely stand out and have some really detailed sculpts. Of course, Mantenna's head swivels as well, so he can watch around for any of Hordak's trap doors. 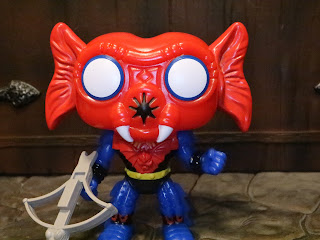 * The details are really cool on Mantenna. He's got the double legs attached together, like the vintage toy, and the cool Horde emblem on his chest. He's pretty creepy looking and definitely nicely painted. Everything is really neat and clean here, so go Funko. 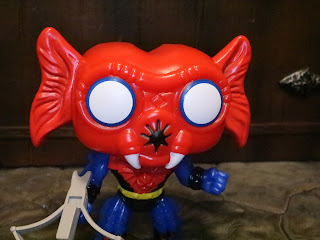 * The headsculpt is excellent. Mantenna's weird mouth and his odd, bat-like ears are really nicely rendered. He's just so utterly bizarre and I love it! 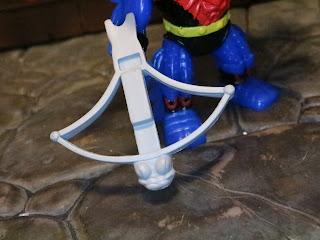 * While I've never loved the vintage crossbows for the Horde members (they're boring accessories) I won't fault an updated toy for reusing the concept since it's kind of what we expect. Mantenna's crossbow is light gray and does a pretty nice job of capturing the look of the vintage accessory. 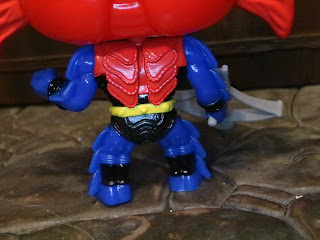 * The back of the figure shows off the legs better as well as the cool plated armor. Seriously, this is pretty nice work. I'd be thrilled if the Origins figure (assuming we get one) is this well done. 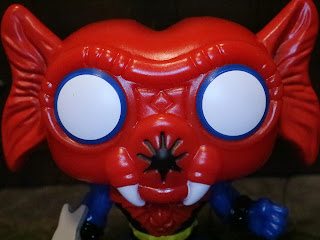 * I know POP! vinyls are usually know for their featureless eyes and while it's cool that Mantenna's eyes are white instead of black it's just odd that Funko left the veins off. That's kind of a Mantenna staple and he feels a bit unfinished without them. 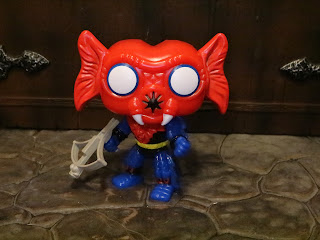 You'll have to pay the exclusive tax for Mantenna but he is a really well done POP! vinyl. My only complaint is the lack of veins on the eyes and while it might seem small, it really does change the feel of the character quite a bit. He's a Good and a 1/2 POP! vinyl, though, and one you'll probably want to add to your Horde collection, assuming you have a Horde collecting. Who doesn't, though, right? I've seen Mantenna around at a few Walmart stores, meaning he's probably easier to find than most POP! exclusives. Hopefully you can pick one up easily, too! He is quite nice though he's clearly been using Clear Eyes, which is a bummer for us.

If you're a fan of Mantenna, go stand over there and check out the MOTUC Mantenna, the Filmation inspired Club Grayskull Mantenna, the slime green M.U.S.C.L.E. Mantenna, and the ReAction Mantenna and Mantenna (Toy Variant).