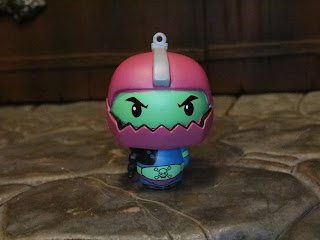 It's time for another review for Masters of the Universe Month 2021 as we continuing our journey of looking at how the characters, creatures, and vehicles from the second series of vintage Masters of the Universe toys released in 1983 have been re-imagined in the 37 years since their release. Today we're turning our attention to Trap Jaw, another of the Evil Warriors released in 1983. Trap Jaw is without a doubt one of the most popular MOTU villains of them all (I gave him his own month last year, Trap Jaw-ly) and he usually always appears in any toyline. Today I'm looking at the Pint Size Heroes Trap Jaw from 2018. If you're not familiar with these, Funko offered these little guys in 2018. Sold in blind bags, the Pint Size Heroes were kind of like miniature Dorbz figures. Like most Funko efforts other than POP! vinyls these didn't last terribly long at retail and a second series was never released. They're a nice set of minifigures, though, and Trap Jaw still manages to look a bit menacing even in this smaller scale. Let's check Trap Jaw out after the break... 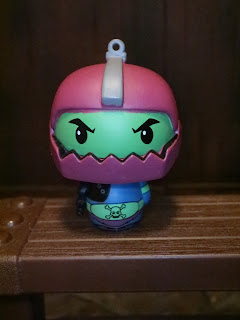 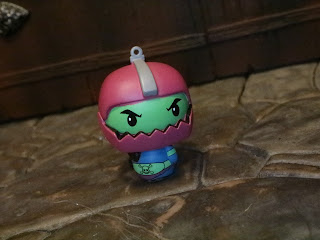 The Positives:
*  The Pint Size Heres are only an inch and a half tall and, like Dorbz, they have a fairly standard body with a sculpted head. Most of the detail is painted on here though there are some unique details from time to time. Trap Jaw's mechanical arm is sculpted while his cool belt is a painted detail. 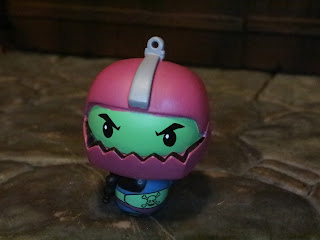 * The head also has a mixture of sculpted and painted detail, I love the work on Trap Jaw's oversized metal jaw and, of course, the hook on his helmet. You can slide this guy down some string or dental floss just like the vintage toy! 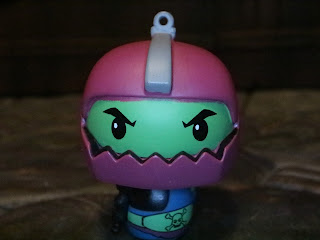 The Negatives:
* My only real complaint here is that the paintwork where his face and helmet meet are kind of messy. There's a lot of purple slopped onto his face. 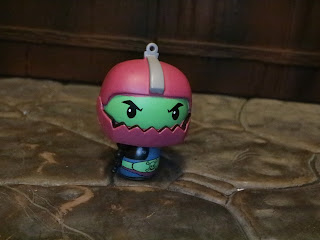 Trap Jaw's a cool little minifigure and while he does have some sloppy paint, fortunately enough his size makes it tougher to notice right away. The Pint Size Heroes: Masters of the Universe line isn't terribly popular but they are fun and a unique curiosity. Here we are, almost 40 years after MOTU hit the scene and they're still hanging around as little wonders of pop culture permanence. This is a Good little minifigure that's even more fun with you pose him alongside of some other Funko items to create a bit of a nesting doll effect. Who will be the next series 2 character I check out for Masters of the Universe Month 2021? Stay tuned to find out!