Hey everyone! I hope you're having a blessed Good Friday, particularly if you're a person of faith. Our church hasn't met in person since the Sunday before Christmas but we will be starting Sunday service back this Easter morning. A large majority of our church has been vaccinated and we have some really strict Covid protocols in place so I'm very much looking forward to it. Last year not only did we have Easter Sunday service virtually but since we didn't know much about what was going on with Covid yet my wife and daughter were staying with my parents since I was the only one having to work outside of the house. That was rough and I'm sure thankful we're in a better place now than we were a year ago. Anyways, let's talk about the nerdy stuff I've been up to this week, starting with Episode 2 of The Falcon and The Winter Soldier. 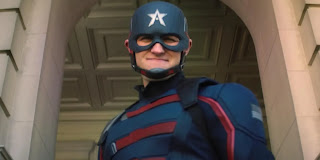 This was another solid episode and I'm loving the "buddy cop" dynamic between Bucky and Sam. Those guys are excellent! I'm also really enjoying Wyatt Russell as John Walker/ Captain America. This episode has definitely made him more sympathetic as you have to feel for the guy. He's a decorated service member who has been placed in an impossible position. The battle scene with the Flag Smashers at the end was pretty fantastic and I'm glad to see Erin Kellyman again, this time playing Karli Morgenthau. She was Enfys Nest in Solo and it's cool to see her again. I'm definitely waiting for Zemo to show up, though. Do you think he'll be looking for any mission reports this time around? More Marvel marvelousness after the break... 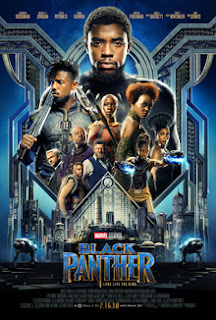 This week the Marvel Cinematic Universe marathon continued with Black Panther. My daughter said she'd seen this one before so I guess we watched it with her at some point or she at least had walked in while someone was watching it. Man, this movie is incredible, isn't it? I'm not going to say that Black Panther is the best of the MCU movies but it's definitely top tier for sure. The action and pacing are just fantastic in this one, the costuming is amazing, and the cast is phenomenal. It's still so shocking that Chadwick Boseman is gone and it's also crazy to think that this movie came out in 2018! Maybe it's because of last year being the year that never ended but it feels like it's been around far longer than that. This movies has some great villains in Michael B. Jordan's Killmonger and Andy Serkis' Klaue, maybe two of the MCU's most memorable regular, human villains. Klaue is just straight up despicable, the kind of guy you love to hate, but Killmonger is... well, not sympathetic, but definitely the kind of villain who could have easily become the hero of the story had they made a few different choices. 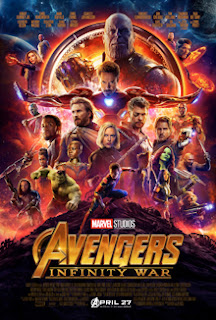 2018 was a crazy year for Marvel movies as within just a few months of Black Panther we got Avengers: Infinity War. Despite the merits of the film (it's excellent) just the fact that Infinity War accomplished what it set out to do is amazing. It feels organic and necessary for these character to merge. Yeah, there's a lot of "chance" but it works and truly feels like a huge comic book crossover event. Getting to see characters who we never dreamed of interacting with each other have the chance to team up is just amazing. Iron Man and Dr. Strange? Cap and Black Panther? Rocket, Groot, and Thor? My gosh, is this film one heck of a ride. Despite Thanos showing up quite sparingly in the films that have come previously (though his presence has certainly been felt) he comes on the scene as a truly formidable presence. I still remember watching this film for the first time expecting every one of the fights (Iron Man vs Thanos, Cap vs Thanos, Thor vs Thanos, Wanda vs Thanos) to be the one that finished him off. I really stayed away from spoilers and such as best as I could and I was truly shocked when the movie ended the way it did. Classic. 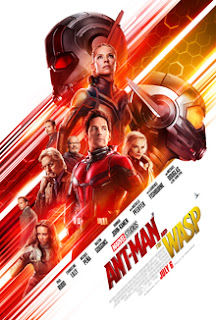 Another 2018 MCU release? Yup! Ant-Man and The Wasp was a movie that, somehow, I missed out on. I loved Ant-Man and his appearance in Civil War so much, too. Chalk it up to just having a lot going on at the time this one came out. I'm not sure Ant-Man and the Wasp is as good as the first film but it's pretty close. I love the cast of these films! Ant-Man might have the best all around supporting cast second, perhaps only rivaled by Guardians of the Galaxy. Once again, Ant-Man tells a smaller story (no pun intended) with very personal consequences for the characters. I love the family dynamics in this series and I have high hopes for the third film. It's sad, though, how much time gets stolen from Scott and his daughter, but let's not get ahead of ourselves. You have to watch the end of this one (I wish I had before I saw Endgame) because it definitely sets up Ant-Man's key role in the plot of Endgame. 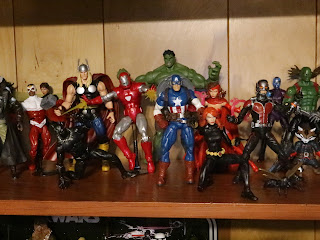 So... yeah, it seems I'm collecting Marvel Legends again. I've actually bought Marvel Legends off and on for years (my first was the Toy Biz Punisher in 2003) and I've always been a more casual collector, often buying figures after they've been out for some time minus the build-a-figure pieces. I'm currently building an MCU team, but using comic based figures. I've got some characters I still need (Vision, Valkyrie come to mind) and others I'm using movie-based figures for that I want to replace (Black Panther, Hulk, and Ant-Man). I really wanted that new comic based Thanos and, well, something just "snapped" and I started picking up a few more here and there... 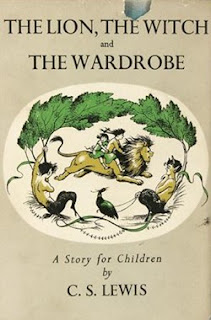 Now that we've finished reading Harry Potter my daughter and I are beginning our way through The Chronicles of Narnia. We're starting with The Lion, the Witch and the Wardrobe, reading them in the published order rather than the chronological order. I first encountered C.S. Lewis' Narnia by going to see a play in 4th grade of The Lion, the Witch and the Wardrobe and I loved it. I read a few of the books as the time but I didn't rediscover them until I was in college. I actually took a class on the life and writings of C.S. Lewis and had a chance to present at a C.S. Lewis conference during my senior year of college. My daughter really enjoyed this one. It's a quick read but full of lots of wonderful imagery! She's seen the BBC and the 2005 film multiple times so she was certainly familiar with it, but enjoying a good story read aloud is an altogether different experience than watching a film. It was really fitting finishing this one during Holy Week with the novel's allegory of the death and resurrection of Jesus Christ through Aslan's death and resurrection at the stone table. It's also interesting, having just finished Harry Potter and the Deathly Hallows, how similar Harry's confrontation with Voldemort in the Forbidden Forest is to Aslan's death at the hands of the White Witch. definitely some inspiration from Lewis in J.K. Rowling's work for sure.

Lastly, let's check out the most popular reviews of the past week. Not a whole lot of changes this week, oddly enough...

Mother Boxes from DC Comics Multiverse: Justice League is a review from 2017 that shot up in popularity no doubt due to how well received the Snyder cut of Justice League has been. These were a build an accessory that came with a few of the Walmart exclusive figures back when Mattel still had the DC license. This is its second week on the list so folks are still way into this.

Land Shark from Hot Wheels Premium: Masters of the Universe is a newcomer this week. The Land Shark is probably my favorite vehicle in the vintage MOTU line and  Hot Wheels did a heck of a job with it.

The Scientist from Fortnite: Legendary Series is the only of Jazwares' deluxe Brawlers I've found so far. His bulkiness hurts his articulation and he has a hard time holding his weapons but he has some cool accessories and a great design. This his second week on the list. On a related note, Hasbro showed off their first Fortnite preorder today and it's not very impressive. $40 bucks and it comes with just an umbrella? What in the world?

Frozen Raven from Fortnite: Legendary Series is on his third week. The Fortnite figures usually make a hit for a week or two when I review them and Frozen Raven is here to cool things down for us. How many people expected him to be a Fortnite Version of Elsa or something I wonder?

Have a wonderful Easter weekend everyone!