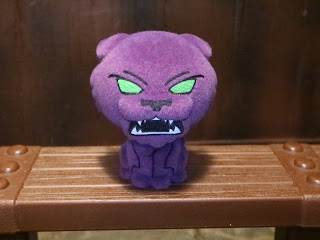 Saddle up and let's take a look at another toy or collectible based on one of the 1983 additions to the Masters of the Universe line for today's installment in Masters of the Universe Month 2021! I've mentioned multiple times this month that the 1983 MOTU line really focused on creating symmetry between the Heroic Warriors and the Evil Warriors and today we're checking out Panthor, the evil counterpart of Battle Cat. Last year I looked at the Pint Size Heroes Battle Cat for Masters of the Universe Day so how about we check out Panthor for this year's celebration? The vintage Panthor was a purple, flocked repaint of Battle Cat without a helmet and that goes for this tiny version of Panthor as well. Ready for a look at Skeletor's loyal and ferocious flocked feline? Then join me after the break... 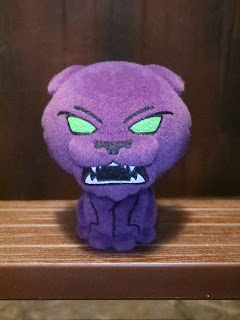 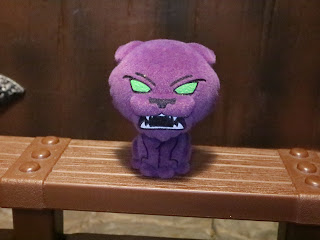 The Positives:
* Panthor uses the same body as the Pint Size Heroes Battle Cat though he has a unique headsculpt. The purple color is spot on and I love Panthor's bright green eyes. The paint work on his teeny, tiny, adorably sharp fangs is also excellent. This kitty is really pretty cool! 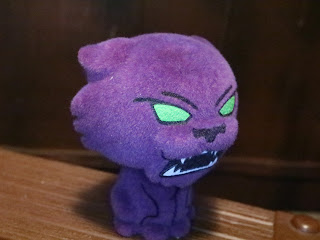 * What separates Panthor from most of the other Pint Size Heroes? He's flocked, baby! Just like the vintage toy Panthor has a soft, fuzzy texture. It looks really good and is very evenly applied. 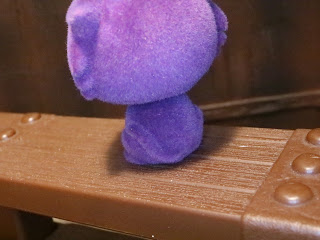 * While Panthor isn't depicted with a saddle like Battle Cat when you flip him around you can still see his tail! 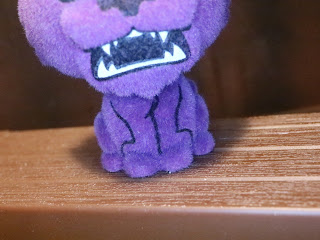 The Negatives:
* Also like Battle Cat the way his legs and paws are drawn on is kind of weird. I like the effort that Funko put here by giving Panthor individually sculpted paws and drawing on legs, but it looks weird because the legs and the paws don't quite match up. 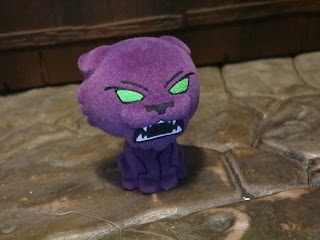 Due to his purple color, his flocking, and his awesome green eyes Panthor is definitely one of the best figures in the Pint Size Heroes line. He's just a really cool minifigure rendition of the character. Honestly, I'd give him a Great rating. He's a tiny little figure but Funko did a superb job of capturing the feel of the character in a fairly small size. Pint Size Heroes isn't one of my favorite MOTU lines by any stretch but there's something fun about them and I keep reviewing them just because they're kind of unique and easily overlooked.
If you're a Panthor fan I've also checked out Masters of the Universe Origins Panthor, the M.U.S.C.L.E. version of Panthor, the ReAction Skeletor and Panthor, the Mega Construx Panthor at Point Dread set and Skeletor & Panthor pack, the Dorbz Ridez Skeletor with Panthor, the POP! Rides Skeleton on Panthor #98 (flocked) and plain Skeletor on Panthor #98, and Panthor and Panthor (flocked) from MOTU Action Vinyls.
For more Pint Size Heroes check out the following:
Battle Cat
Beast Man