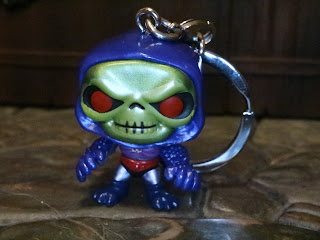 Just a little over a month ago I reviewed the standard Terror Claws Skeletor POP! Pocket Keychain from Funko and today I'm going to take a quick peak at the Hot Topic exclusive metallic variant. This is the exact same piece as the previous keychain, just with a metallic paint scheme. Since they're so similar I'm reusing most of the text from the previous review so if you're experiencing déjà vu or something that's why. Let's take a look at the metallic version of the Terror Claws Skeletor POP! Pocket Keychain after the break... 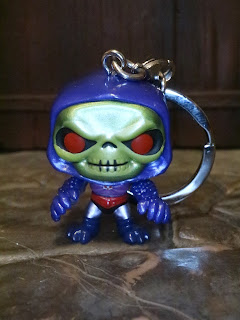 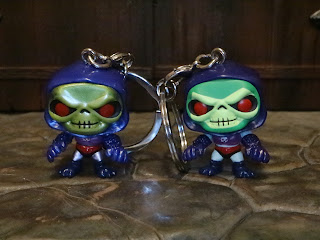 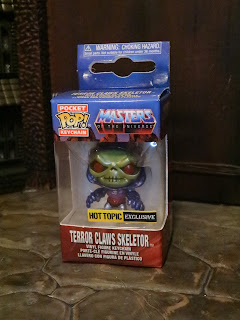 The Packaging:
* Just for fun here's a quick shot of the box. These little guys come in a tiny box that doesn't actually look like your standard POP! vinyl box. It's got a hangar so they can go on pegs on shelves or by a cash register at a store. They're collector friendly, though, so if that's important to you you'll be set. This one has the Hot Topic exclusive sticker on the window to differentiate it from the standard release. 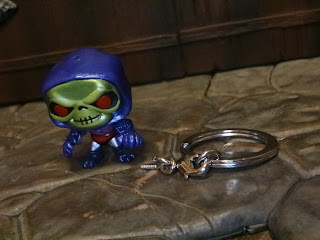 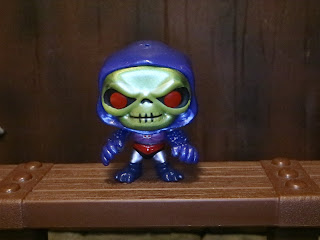 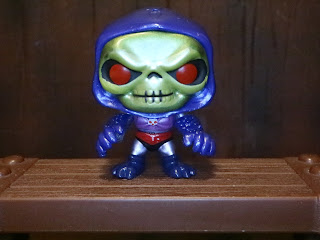 * All of the small details are present: The skull on the chest armor, the studded claws, and even the view of Skeletor's arms underneath as he's holding the claws just like the vintage toy did. He's way more metallic looking than the standard keychain, so if that's important to you get yourself to Hot Topic. 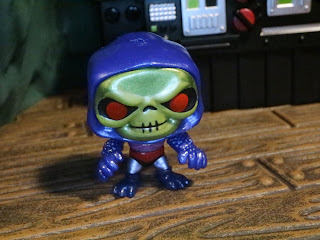 What can I say? This is another Good and a 1/2 Terror Claws Skeletor keychain except that this time he's metallic, exclusive to Hot Topic, and costs a couple dollars more. He's Good but, honestly, I like the standard version a bit better. The regular colors just look better on Skelly's face (though the armor does look cooler here). 2021 has been a big year for Terror Claws Skeletor , hasn't it? I wonder if he'll show up in Masters of the Universe Origins anytime soon? That could be a pretty cool variant for sure (though I like Dragon Blaster Skeletor better).
I've reviewed so many darn toys of Skeletor/ Keldor that I've given him his own review archive! Check out Snake Mountain for all of the Skeletor reviews you could ever want.
For more reviews of POP! Pocket Keychains check out the following:
Chucky from Child's Play 2
He-Man
She-Ra
Terror Claws Skeletor