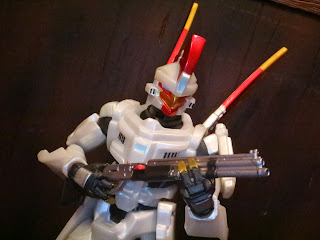 A new series of Fortnite: Legendary Series figures have been popping up lately and it's time for a review of another one. Today I'm checking out Sentinel, a mechanical, armored chicken who looks quite a bit like the Gundam mobile suit Tallgeese. Sentinel just appeared in Fortnite in May of last year, which makes it amazing to me that Jazwares is able to already have this shelves. Don't Mattel and Hasbro usually claim it takes them almost 2 years to get an action figure to market? Did Jazwares really have a massive head start on this toy even before it was released? Seriously, Jazwares is a company to watch this year as there stuff across multiple licenses just keeps looking better and better. With a pearlescent plastic body Sentinel looks rather different than most of the other figures in the line. Unfortunately, he also has a few problems I haven't seen before in this line, so everything isn't perfect. Let's take a look and see what's up with Sentinel after the break... 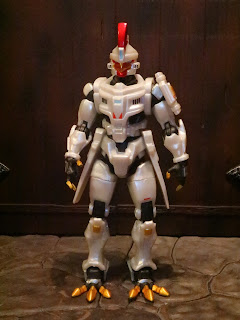 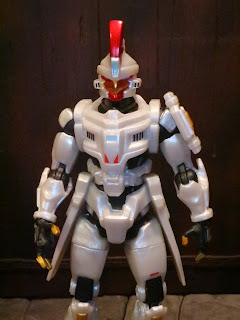 
* Sentinel is a very impressive looking figure. He's absolutely a very different looking figure than most of the other Fortnite: Legendary Series figures released prior, so hopefully he's a good sign that Jazwares is definitely willing to release even more of the larger, crazier designs. The figure is nicely detailed and he absolutely reminds of the really cool Gundam figures Bandai used to make in the early-mid 2000s. The paintwork is nice and there's a ton of detail. 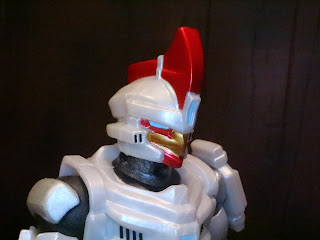 * While he definitely has a chicken like appearance, when you look closer at Sentinel you can see how the various elements break down individually to still present Sentinel as an armored warrior. 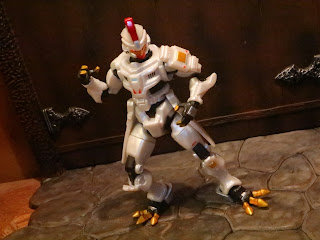 * Sentintel does have some articulation issues, and I'll address those in a minute, but for now I'll point out that Sentinel is durable and still loaded with joints. Not as many as most figures, but still sporting a decent range of points of articulation. 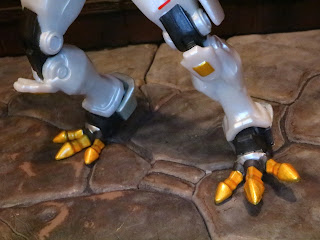 * I love his armored, chicken-like feet. Does this chicken have razor sharp talons? Yes. Yes he does. 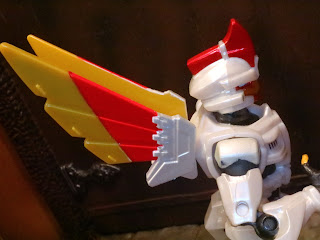 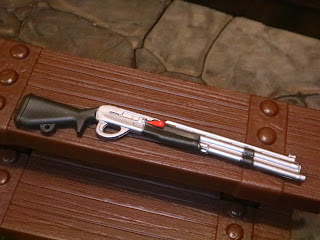 * Sentintel comes with some great weapons. First up is the Combat Shotgun. Modeled after the Benelli M2 this shotgun features an extended magazine and a great paintjob. It's not as stylized as some of the weapons in this line, so you could probably use it with some other toylines if you felt compelled to do so. 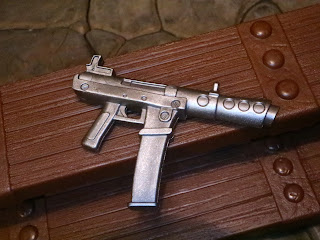 * Sentinel's second firearm is the now vaulted in-game Submachine Gun. Based on a Intratec TEC-9, this is a very stylized looking weapon (just check out the proportions) but the detail is definitely there. 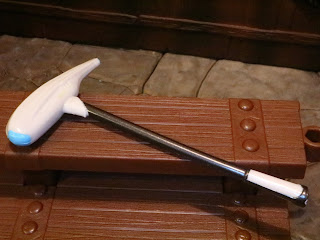 * Sentinel's Harvesting Tool looks to me kind of like EVE from Wall-E. It's called the Airfoil and, presumably, it's a combination of a propulsion engine of sorts and a melee weapon. It looks really good with Sentinel, fitting his overall design. 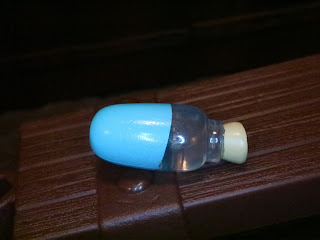 * The Small Shield Potion is an in-game item that presumably restores your character's shield. The bottle is molded in translucent plastic, very convincingly looking like a miniature vial filled with liquid. There's a thumb hole in the side to allow figures to better hold it. 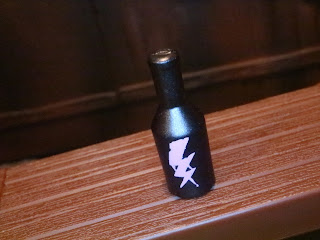 * The last accessory is a Storm Flip, a grenade like bottle that when thrown emits a small electrical storm. It's a simple black plastic bottle with a lightning bolt painted on and a hole for the figure's thumb as well. 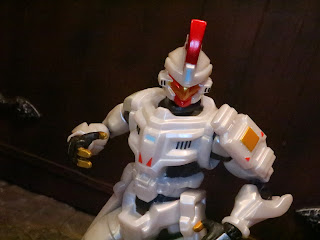 * I'm rarely a fan of using this pearlescent plastic on figures that are supposed to look robotic or metallic. It just looks off to my eyes, although that's definitely a personal preference rather than a technical flaw. 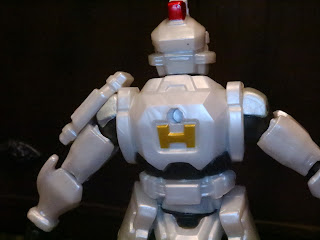 * Not only is Sentinel lacking the "butterfly" pectoral hinges of the other figures in the line but he's also severely limited by the way the arms are designed. This is truly how high he can lift his shoulders, which is pretty limited. 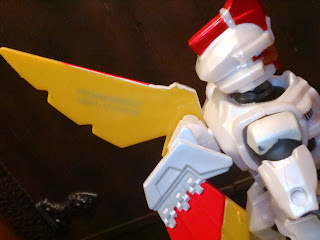 * The Hot Wing wings would have been so much cooler on balljoints, but that's just something that would have been cool. What is a little annoying is the manufacturing print right on the wing. Why there? It's so noticeable! 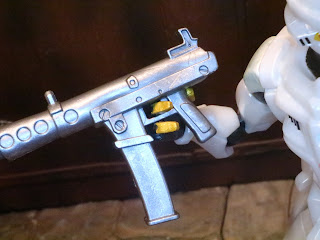 * Sentinel has hinged chicken-like fingers. Or talons. Whatever you want to call them, they make holding most weapons very difficult. I really wish Jazwares would switch to standard hands designed with gripping objects in mind. 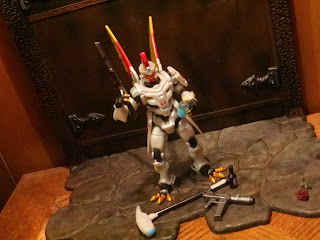 Sentinel is one of the first Fortnite: Legendary Series figures that I've had a few issues with. He's still a really, really good figure (I'd give him a Great) but he definitely has some design flaws. I love the design of the figure overall, and I want to love the figure, but trying to fully pose him or have him hold multiple accessories can be frustrating. I'm glad to see Jazwares release a figure with a very different body type like this, but I hope in the future they consider how things like articulation and holding accessories will work.