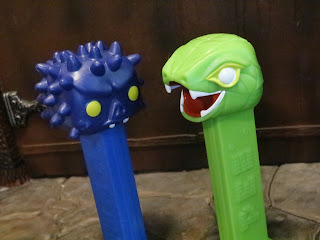 Ready for another review of one of the four Masters of the Universe items that Funko offered up at the Spring 2021 Funko Virtual Con? Then how about we check out the POP! + Pez 2-pack of Kobra Khan & Spikor? Yeah, let's do that! The POP! + Pez line is still creeping along with mostly exclusive releases these days it seems and this is one was limited to only 1,000 pieces. It was originally intended for Emerald City Comic Con 2021 (which had some exclusive POP! + Pez dispensers that were only offered online last year, too) and it has the ECCC 2021 sticker on it rather than a generic Funko spring convention sticker. This was the only set I wasn't able to obtain through Funko or an exclusive partner so I ended up having to hunt this one down secondhand. Kobra Khan has been popular with Funko this year as he has had a POP! release and a Vinyl SODA release while Spikor has always been an odd favorite of the Funko team, appearing in the first set of MOTU POP! vinyls back in 2013. We still don't have a Teela but we've had Spikor for 8 years now. Anyways, these guys are definitely popular B-list villains and it's cool to get two of them at once. Let's take a look at the set after the break... 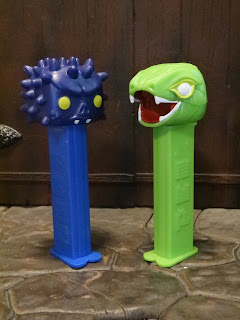 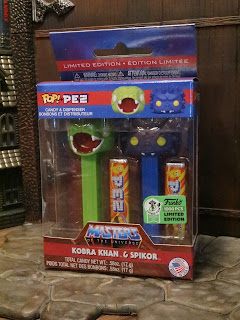 * The packaging for this set is different from the other recent POP! + Pez pieces since it's a 2-pack. That's kind of unusual! It also has the ECCC 2021 sticker with the edition size on the bubble. Like the rest of the POP! + Pez sets this one is very collector friendly and you can easily remove the dispensers and put them back in. 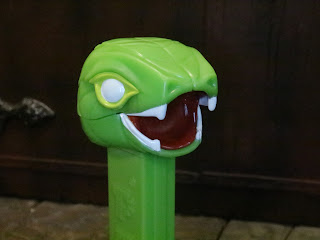 * Kobra Khan, like most other POP! + Pez dispensers, is very similar to the POP! release. The head is quite cool, fairly detailed, and sort of un-POP!-like do to the style of the eyes. 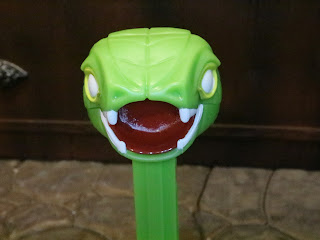 * The hollow mouth is captured here, too, and it looks pretty cool. The vintage figure essentially worked like a squirt bottle with a "spitting" mouth but most modern versions have hollowed out Kobra Khan's mouth to make him seem more snake-like and vicious. You know, cause it makes his fangs stand out quite a bit. 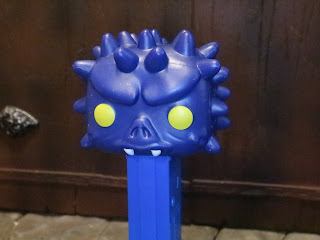 * And here's Spikor! Spikor actually looks fairly different from the 2013 POP! vinyl of the character as Funko's style has changed over time. There's more detail, especially in the facial features and the porcine nose. 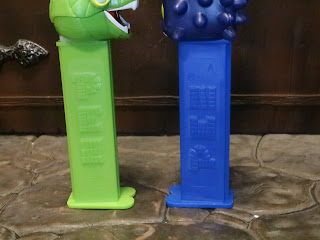 * The dispenser bodies are exactly the same as any other Pez dispenser I've ever seen. Kobra Khan's is green, matching his skin, while Spikor's is a deep blue. Purple would have made more sense for him though his armor does have some blue highlights on it. 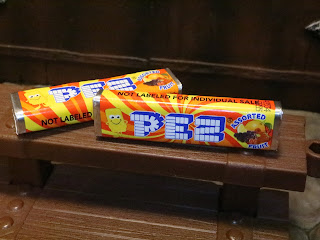 * All of the POP! Pez Dispensers includes a pack of Pez (assorted) but this set comes with two. Why does it only come with two when you usually get three in a regular pack? I guess because these are intended more as collectibles rather than really intending to be eaten. The nice thing is you can take these out of the box and put them back in, making them collector friendly. They do display nicely in the box, so that's how I'm keeping them. 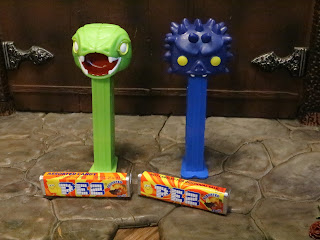 While the set was a pain to get my hands on it is a really cool set with two excellent dispensers. I'm giving this pack a Great as well. Yeah, these things are way overpriced as Pez dispensers but as Masters of the Universe collectibles, and one produced in such a small quantity, they're not bad. Plus, Kobra Khan aren't characters we see in every MOTU line that comes out. I like seeing the B-list characters and am more likely to splurge and pick up something I missed out on when it's a character you don't see all the time.

If you're looking for more of Kobra Khan then check out my reviews of the M.U.S.C.L.E. Kobra Khan from the #1 Masters of the Universe (green), the Funko POP! Kobra Khan #41, the Vinyl SODA Battle Mode Kobra Khan, and the MOTUC Camo Khan.