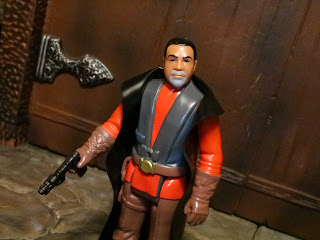 It's time for the second review in my mini marathon of Star Wars: Retro Collection reviews and this time we're checking out Greef Karga played by the national treasure that is Carl Weathers. Not only was Carl Weathers nominated for an Emmy for the role but he even directed Chapter 12: The Siege. Interestingly, the Black Series release of Greef Karga is based on the character's first season appearance while this is his second season outfit. It's a bit more eye-catching and I hope we do get it in the Black Series someday. Greef Karga looks like he stepped right out of the vintage Kenner Star Wars line and he's ready to give your bounty hunters some jobs. Let's check him out after the break... 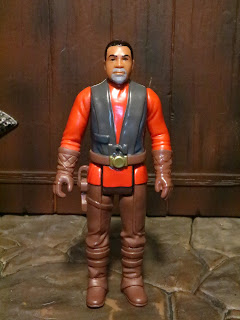 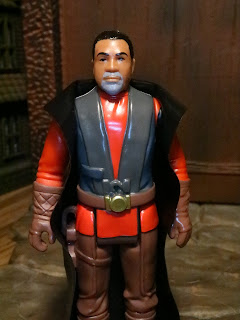 The Positives:
* Greef Karga looks really sharp in this red outfit. the sculpting definitely looks like something from the early 1980s (so ESB or early ROTJ era) and has some nice details that don't feel anachronistic. His gloves are pretty impressive and the details remind me of elements of the various Kenner Hoth outfitted characters. 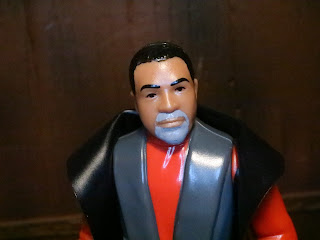 * While the later ROTJ era headsculpts improved quite a bit, Greef Karga and most of the other Retro Collection figures looks more like figures from the ESB era. Simple features with a fairly nondescript appearance. I like the lighter gray for his beard as it definitely matches his season 2 appearance and it seems like a good detail to add. 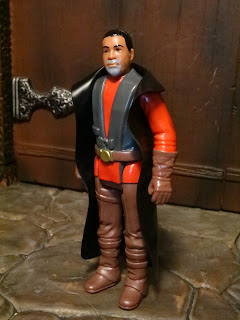 * Retro lines love the vinyl capes like Kenner used for many of the original Star Wars figures and for a couple ESB figures (like Lando Calrissian) but by the end of the ESB era most of the figures had actual soft goods and by the ROTJ era almost everyone had elaborate soft goods. It must be a cost issue but at least the cape does look pretty good on Greef and it definitely adds to the retro feel of the toy. 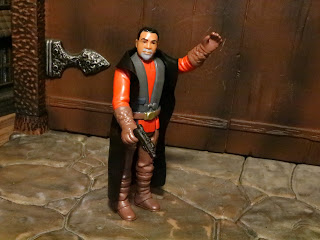 * Greef Karga is patterned after the vintage Kenner line so he's got simple articulation. Did you expect anything else? He's well made and feels very sturdy like the actual vintage toys, so that's a plus. 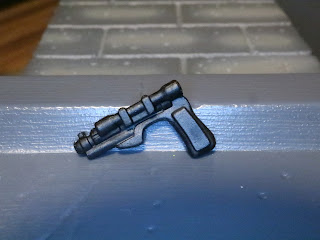 * We don't have a visual dictionary to give us the names of all of the cool blasters from The Mandalorian yet so I'll just have to say that Hasbro did a nice job of delivering Greef's blaster in a very Kenner style. It's simple but looks like the prop from the show and he can hold it just fine. 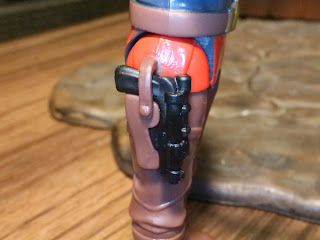 * I was messing around with Greef Karga and was amazed to realize that his blaster actually fits in his holster. Check it out! It reminds me of the holster on Han Solo in Hoth gear, but the blaster fits right in. Very cool! It kind of neat. Maybe Kenner would have went further with this concept if the line had continued past ROTJ? 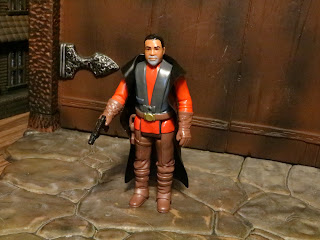 * Greef Karga is a very cool figure that absolutely captures the classic Kenner vibe. Hasbro definitely captured the look and feel of a 1980s Star Wars figure and the little touches like the functional holster and the gray beard just add a bit more fun to the piece. I like that they went with Greef Karga's second season outfit as the red color really pops out and adds some nice color variation in the line. He's a Great figure and if you're into these retro styled lines he's not a bad addition to the collection.
Join me again soon as we check out Cara Dune...
If you're interested in more of Greef Karga I've also reviewed the Black Series Greef Karga.
For more reviews from the Star Wars Retro Collection check out the following:
The Child
Posted by Barbecue17 at 11/18/2021