Minifigure Review: Anti-Eternia He-Man from Masters of the Universe: Eternia Minis by Mattel 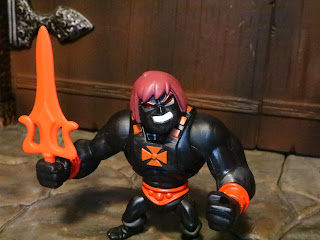 Wait, isn't there already an evil He-Man repaint?
As part of my mini Masters of the Universe: Eternia Minis marathon I'm checking out the second figure from the set I have setting around and waiting to be reviewed: Anti-Eternia He-Man! Originating from a 1980s German story on tape, Anti-Eternia He-Man (or just Anti-He-Man) has become a relatively popular variant in the modern MOTU period. He's appeared in Masters of the Universe Classics and was the primary antagonist of DC's He-Man and the Masters of the Multiverse comic series. Mattel has released some other Anti-Eternia variants in Eternia Minis but this is the main guy. He's He-Man in red and black. Let's check him out after the break... 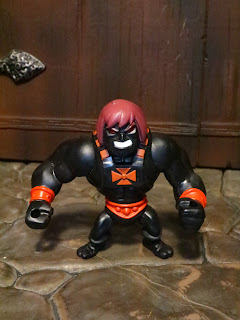 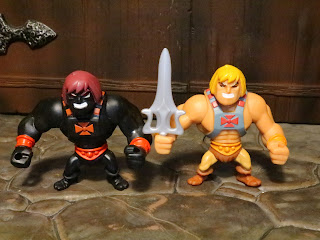 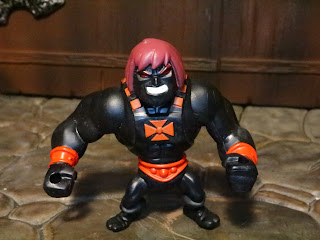 The Positives:
* The red and black color of Anti-Eternia He-Man does look pretty cool and kind of creepy. This is definitely a very villainous looking figure and the red used here really stands out against the all black body. It's surprising how cool the Anti-Eternia color scheme looks on these little figures. 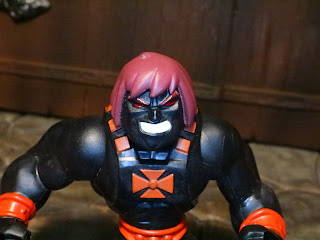 * Red eyes. gritted teeth. Maroon hair. You know you're going to be dealing with trouble when this guys strolls in the door. 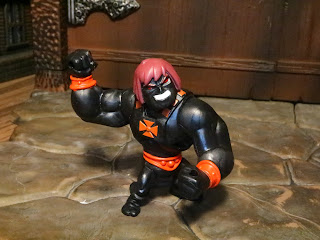 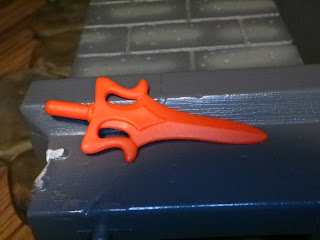 * Anti-Eternia He-Man is packing a sword. It's a red version of the Power Sword, presumably used to channel the power of Hellskul. 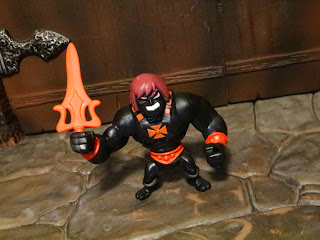 Need another evil He-Man for your shelf? This one's not bad at all. He's quite sharp and visually appealing, plus he's a variant we haven't seen too many times yet. I really like him! He's a Good and a 1/2 minifigure and a neat addition to the line. Yes, I'd really like to see more of the Horde or the Snake Men in this line but at least this is a new character (technically) versus just a variant. Some of these little guys are a challenge to find so I'm glad I managed to pick this guy up.