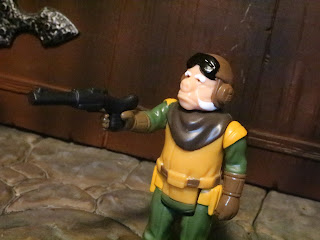 Who doesn't love Kuiil? The Mandalorian had a lot of love for its characters and it's because of that love that fans fell in love with those characters, too. While the show offered up a great mixture of new alien species and beings it also took familiar aliens from the Original Trilogy and the Prequels and presented them in new ways. For most of us, our primary experience with Ugnaughts is their appearance in Empire where they're troublesome, loud, and seem to just be going along with whatever the Empire is asking them to do. Kuiil is the complete opposite of that depiction. He's quiet; a teacher and philosopher with a strong moral compass. Kuiil's death in Chapter 7: The Reckoning hurt, adding yet another life to those who sacrificed to protect Grogu. While he doesn't have a blurrg to ride on Kuiil is part of the Star Wars: Retro Collection. Let's check out this remarkable Ugnaught after the break... 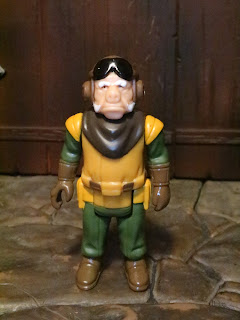 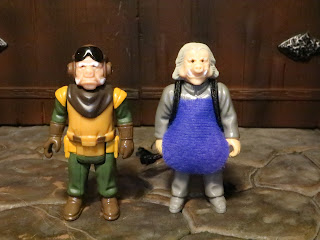 * Here's a comparison shot of Kuiil (left) with the vintage Kenner Ugnaught (right). Looking at these two I think Hasbro did a remarkable job of capturing the look and feel of a vintage Kenner figure for Kuiil. The face and the height are quite similar which makes sense in a simplified line like this. 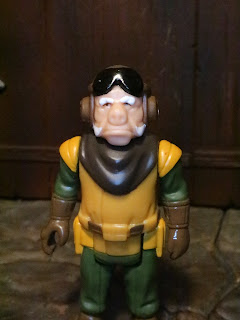 * Kuiil is a moisture farmer on Arvala-7 and he wears simple clothes designed for travel on the rough landscape of the planet. Hasbro did an excellent job of capturing the look and feel of a simple Kenner figure and the paintwork follows right in line. Kuiil really does feel like a vintage toy and he'd fit right in with late ESB and ROTJ era offerings. 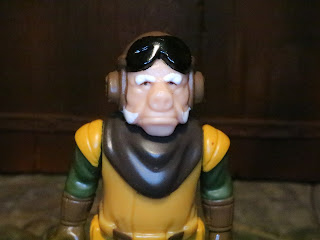 * The headsculpt is good and nicely captures Kuiil's porcine features and his pilot-like headgear. Compare him to the vintage Ugnaught figure and you can really see the similarity of the sculpts. He's quite recognizable despite his small scale, though I guess it's true that there aren't that many Ugnaughts we've seen running around outside of Cloud City. 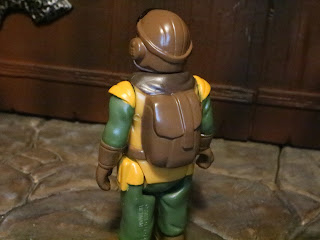 * Kuiil's backpack is sculpted on which was a feature of a few of the vintage Kenner figures like the Rebel Commando and the Rebel Commander. It's solid work and, again, is a neat feature that feels accurate to the era the figure is emulating. 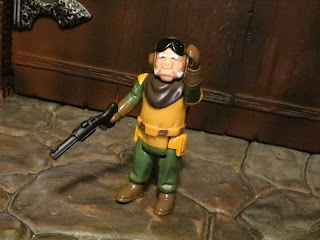 * Just like the other figures in this series (and pretty much every other Kenner inspired retro action figure) Kuiil is articulated at the big 5: Hips, shoulders, and head. He's well made with smooth joints and feels pretty accurate to the vintage Kenner figures. What more were you expecting? 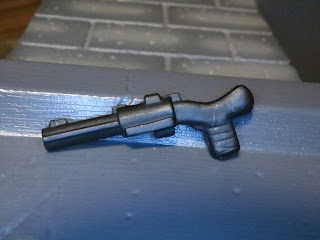 * Kuiil's blaster looks like it's inspired by an M79 grenade launcher and it has been appropriately Kennerfied. Since the weapon doesn't use a traditional pistol grip a handle has been added on to make it easier to hold. 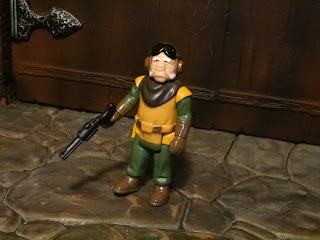 Kuiil really turned out pretty well and definitely looks and feels like a vintage Kenner figure. He's well made with some nice era appropriate details  that should allow him to blend in seamlessly with your Kenner collection or most other faux-vintage style lines. How do you display your retro styled figures? I'd be curious to know. Kuiil gets a Great rating and is a fun pickup. He's relatively easy to find and if you shop around a bit you'll probably find a good deal on him. I have spoken.

If you're looking for more of Kuiil I've also reviewed the Black Series Kuiil.