November has been filled with mini review marathons as I catch up on my reviews and today I'm starting another one! This time I'm going to be checking out a bunch of Masters of the Universe POP! vinyls. Between Funkon 2021 and NYCC 2021 there have been quite a few new MOTU POP! vinyls released and many of them are characters we don't see all the time. Today I'm checking out Roboto #81, an exclusive to Funkon 2021 who was also shared with Toy Tokyo. I had to buy the Toy Tokyo bundle to get him so if anyone wants the Tokidoko POP! vinyls that came with the set let me know. I still am stuck with them. I really wish Funko would stop giving Toy Tokyo shared exclusives as they take forever to ship and always put them in bundles with other properties that no one seems to care about. Anyways, Roboto is a very cool character from the fourth year of the vintage line and while he definitely tends to make it into most MOTU lines and such he's not a character we see all the time so it's cool to finally have him in the POP! vinyl line. Let's boot up for Roboto after the break... 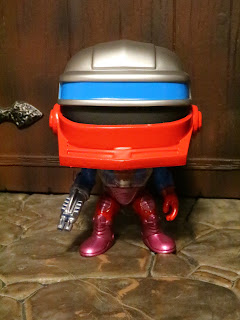 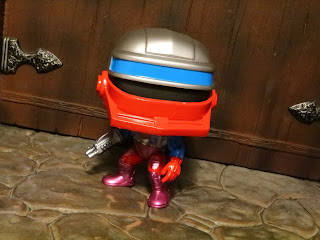 * Roboto fulfills the first expected qualities of a Funko POP! vinyl with a swivel head and the ability to stand upright without tottering over. He's body isn't in an extreme pose or anything but swiveling his head does give him a few different posing options which is a plus. 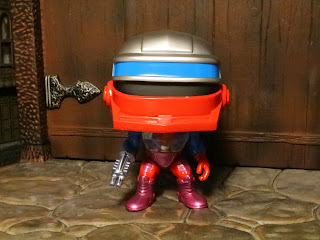 * Roboto looks great. I always say that so much of the appeal of the MOTU figures are their appealing and unique color combinations and Roboto definitely is a great example of that. His silver, blue, and red looks excellent and is just eye catching and really fun. There are some nice metallic colors here, too. 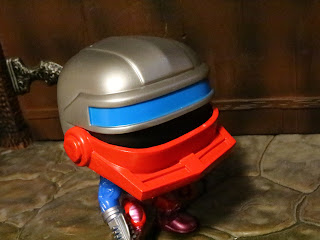 * Robot has an unusual head with a red, beak-like visor that's probably intended to look like the helmet on a suit of armor. His blue visor up top kind of looks like RoboCop, which is pretty darn cool, too. The headsculpt is great and the visor looks nicely detailed. I love it. 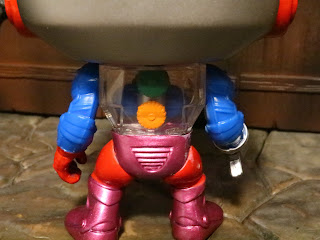 * Most Roboto figures have had transparent chests with visible gears inside. While the POP! version of Roboto doesn't have working gears they are visible (three in the front and two in the back) and look pretty cool. That's a neat feature that , offhand, I don't recall seeing on a POP vinyl. I'm sure it's happened but I can't think of an example. Can you? 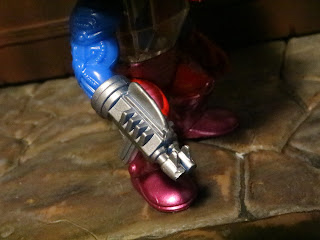 * Roboto only comes with one of his weapon hands but it's the laser cannon, so that's a win in my book. It's metallic silver with lots of detail. I love the look of this double-barreled blaster. 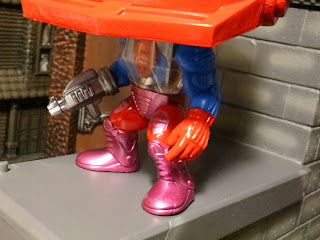 * Last up I want to point out something that I think is kind of cool: Roboto has purple legs and thigh protectors and a purple waist. The vintage Roboto had those components in silver but over the years the paint has changed color, leaving the silver paint to change into purple due to the color of the red legs underneath. I like this effect and I'm a fan of it here. It's kind of neat to acknowledge this change in the figures. 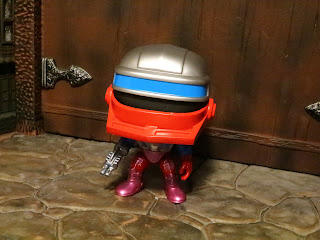