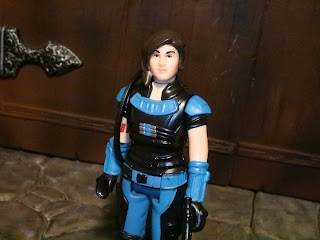 Cara Dune is reporting for duty for the third installment of this mini marathon of Star Wars: Retro Collection reviews. If you're coming in late what's the deal with these? Simple: These are action figures designed in the style of the vintage Kenner Star Wars toy line of the late 1970s and early 1980s. Hasbro has both rereleased replicas of the vintage figures in retro Collection as well as created new figures from characters who never received figures in the vintage line and now they're releasing characters from The Mandalorian. I feel like collectors have been asking Hasbro to make vintage styled figures for years now and it's nice to see they're finally doing it. I'm not even going to wade into the controversy of actress Gina Carano being released from Disney/ Lucasfilm but I will say that I'm not sure how true early reports that this figure was being limited are. She certainly wasn't cancelled as early reports suggested. I didn't even have any trouble finding her quite a few months after her release and you should still be able to pick one up for not much above retail. Will she be released? That's doubtful. It's a shame, too, because I really like this character. Let's take a look at Cara Dune after the break... 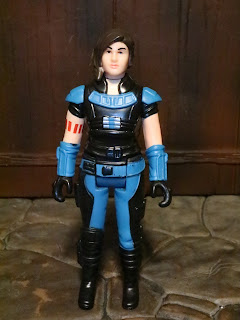 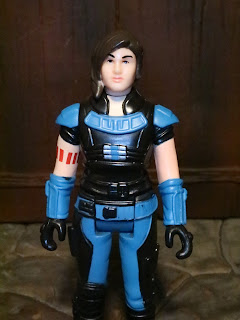 The Positives:
* The amount of detail on Cara Dune's outfit and the sharp paint details definitely feel to me like a figure we would have seen later in Kenner's vintage Star Wars line. Probably something from the last year or so of the ROTJ line. She's got crisp armor details and some excellent paint apps like the tattoo on her right bicep and the little tubes across the front of her outfit. She's excellent and really stands out with her bright blue. I like the colors in the Mandalorian Retro Collection as they had some great color variation between characters. 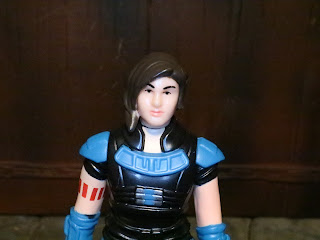 * Does the headsculpt look like Gina Carano? Not really. Do any of the vintage Star Wars figures really look like their film counterparts other than the aliens and such? Nope! This is definitely a good vintage Kenner styled headsculpt with a passive expression and pretty decent hair. 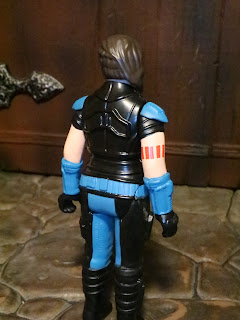 * The back of the figure has quite a bit of detailing, too, especially on the armor. There's a nice amount of detail without it feeling anachronistic. There's even a sculpted knife popping out of her left boot. 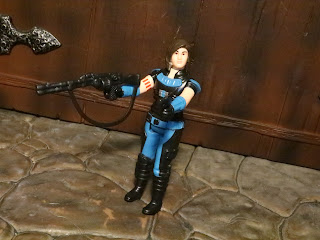 * Just like the other figures in this series (and pretty much every other Kenner inspired retro action figure) Cara Dune is articulated at the big 5: Hips, shoulders, and head. She's well made with smooth joints and feels pretty accurate to the vintage Kenner figures. What more were you expecting? 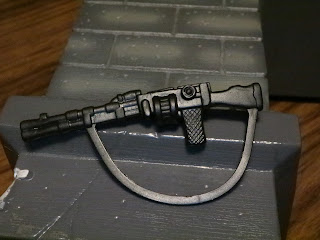 * Carasynthia Dune comes with two weapons, the first of which is her heavy blaster rifle in a vintage Kenner style. This really reminds me of a weapon from Kenner's ESB era and it looks pretty cool with its sculpted drums and a functional strap. It's easy to store it slung over her shoulders or around her torso. 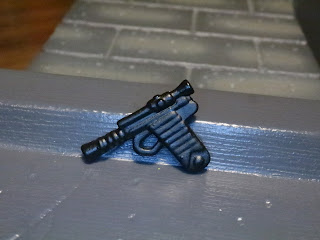 * Next up is her smaller blaster pistol. It's a pretty nice likeness to the prop but feels quite vintage faithful, too. 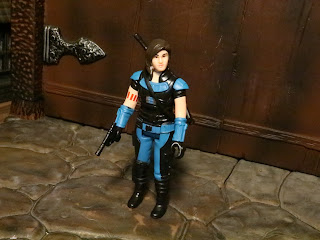 Cara Dune comes with two excellent blasters, some detailed armor, and an excellent paintjob which makes her a winner in my book. At around $10 bucks the price is right on these figures and Cara is definitely one of the best in Hasbro's The Mandalorian series. They really did a nice job with her and it's cool to be able to display this Alderaanian Rebel alongside other vintage Rebel figures. She gets a Great and a 1/2 from me and definitely is a figure to consider if you're a fan of the style and want to add another warrior to you collection.

If you're a fan of Cara Dune than also check out my review of the Black Series Phase III Cara Dune and the Credit Collection Cara Dune.

For more reviews from the Star Wars Retro Collection check out the following:
The Child
Greef Karga