Malevolent May: Hordak from Masters of the Universe Classics by Mattel 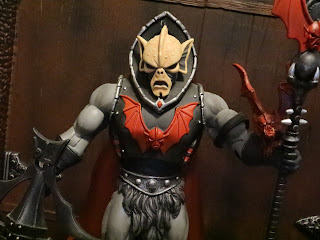 It's time for another Hordak review for Malevolent May and today I'm checking out the original Hordak figure from Masters of the Universe Classics by Mattel. It's no secret that Masters of the Universe Classics is my favorite toyline of all time so it's always exciting to go back and review one of the figures released before I started reviewing them. Hordak was released in June 2009 and was one of the original figures planned for release before the line turned into an ongoing juggernaut. Hordak's a great example of the early years of MOTUC and the superb work of the Four Horsemen and the Mattel design team at the time. He's a great update of the vintage figure but with improvements! Rather than just having the bat creature shield of the vintage toy Hordak has an actual little minion perched on his arm. His crossbow is improved from the vintage toy and he comes with the staff from his 200x incarnation. Rather than just plain black armor he has the red ribs from the Malaysian Hordak variant. There was a lot of creativity and blending of eras in the early days of the line, some of which sadly disappeared for a bit during the middle years when upper management supposedly became overly involved. Hordak is just excellent, though, so let's take a look at him after the break... 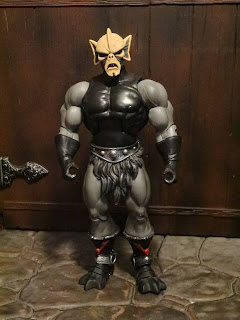 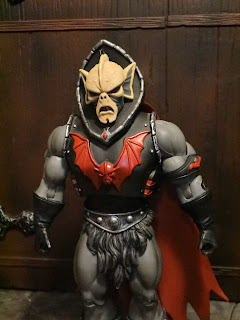 * Hordak is just a really cool looking figure. He's a great tribute to the vintage toy with all of the detail you'd expect to find on a 200x figure but modified into the MOTUC style. I love how his black armor is lined with the dry brushed silver detail. Combined with his elaborate collar and his longer loincloth (I think it was used on King Grayskull first and so it came to be known as the "Preternia" loincloth) he truly exhibits the look of an ancient, powerful sorcerer. 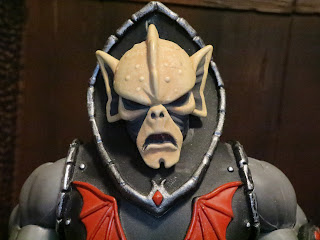 * Hordak's headsculpt is a separate piece from his collar so it's given a very cool design that just wasn't able to be fully realized in the vintage line. The disgusted, angry look on Hordak's face is excellent and I love his subtle red eyes. It's just incredible and still holds up so well. 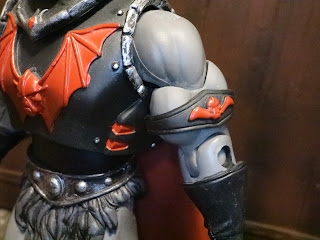 * Hordak's armband is a separate piece and you can easily remove it if you want. You can also see the red "ribs" of his armor here. 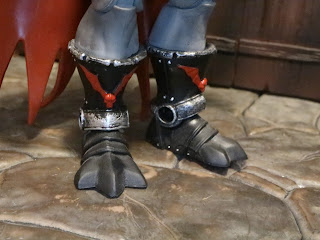 * Check out those boots! They're armored and branded with the Horde logo! 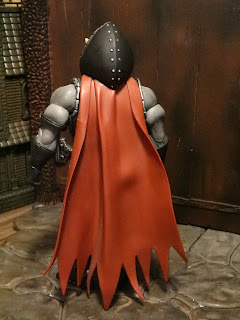 * Hordak's cape is a sculpted piece but it looks really nice. It's quite dynamic and sculpted in such a way so as to not impede his articulation or arm movement. 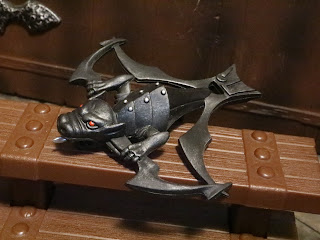 * I never really cared for the crossbows of the vintage Horde figures but MOTUC really improved these. They look like actual crossbows now. Well, they look like heavily modified, awesomely evil crossbows. The bolt can be seen sticking out of the creatures mouth and the arms are sculpted holding the bladed bow itself. Interestingly, Mattel went with a black 200x inspired crossbow rather than the white crossbow of the vintage toy here. The white crossbow later came with the Spirit of Hordak. 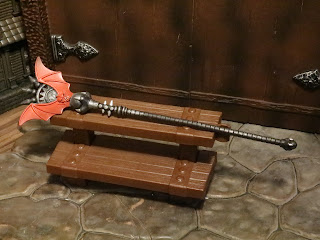 * Hordak's elaborate 200x staff is just super cool looking. Honestly, it's my favorite of his accessories. The paintwork is awesome and there's so much detail! 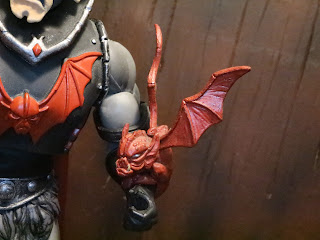 * Last up is Hordak's minion, the little bat-like creature who was kind of a precursor for Imp. The vintage accessory seemed more like a shield or something but this is an actual little creature Hordak keeps around. He's wicked and ugly! 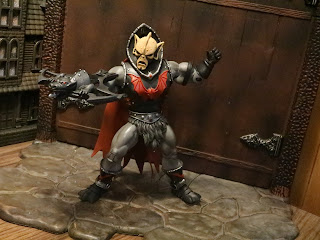 * Hordak's articulation is like most early MOTUC figures but with no loose joints. It's solid and he's a durable toy because of it. Yeah, it's a bit outdated these days but it's still pretty nice and was very respectable at the time. 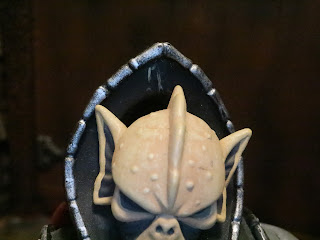 The Negatives:
* My only fault with Hordak is that some of the paint on the back of his head rubbed off on his collar. This seems to be pretty common due to the way his head rests against his collar. Hordak needs some Head and Shoulders I guess. 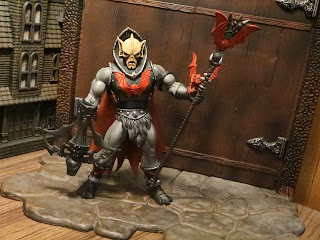