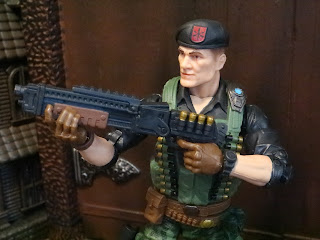 I was amazed a couple of weeks ago when I stepped into a Walmart on mu lunch break and found Flint and Lady Jaye on the shelf! There was a new case and I managed to grab both figures which was quite a thrill. Today I'm checking out Flint who has long been one of my favorite G.I. Joe characters. As a kid I had the Tiger Force Flint who came out in 1988, which was definitely during the biggest period of my childhood G.I. Joe fandom. Flint's a very cool character and while he's not as recognizable as some of the A-list Joes he's solid B+ list. Flint's a very strict looking military figure and he sort of shows how Hasbro seems to be evolving on their design philosophy with this line. While he mostly shares a body with Duke, Flint doesn't have the gold highlights and light blue details that figure had (though his shotgun shells do have brass casing, which makes perfect sense). How does he fare with more of a focus on military realism? Let's check him out after the break... 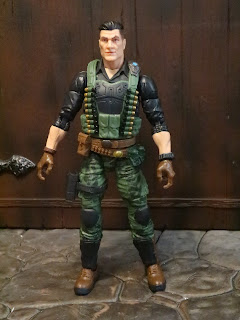 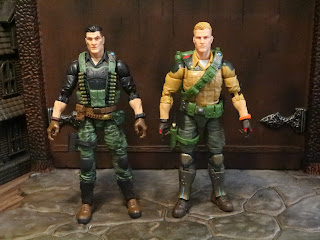 The Positives:
* Flint (left) uses most of the body of Duke (right). Fortunately, this kind of makes sense since they have such standard military outfits and the paintwork nicely differentiates them. Flint also has a different belt and a different harness with body armor attached. The torso look very similar except that duke has a t-shirt underneath his button up while Flint doesn't. Maybe Hasbro uses a similar torso sculpt with digital editing difference for that area? 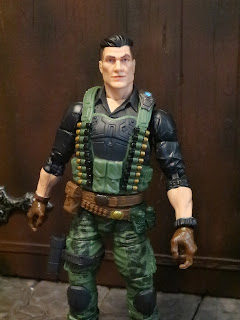 The Positives:
* Flint has a very traditional military look to him with some modern flourishes like the plate of body armor across his chest. His webgear and body armor plate are all one piece that sits over his torso. His belts are a separate piece, too. Flint's easily recognizable and Hasbro did a nice job on the paintwork here, especially on the camouflaged pants. 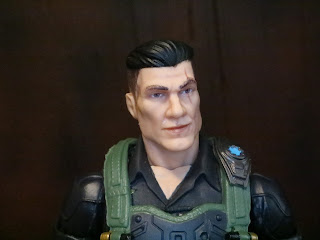 * I've seen some mixed opinions on Flint's hadsculpt but I'm liking it. I've heard some comments that he looks like John Cena but I'm not sure I'm seeing it. He looks a bit older than Duke but I think that makes sense based on what we know about Flint. The scar over his left eye is cool and adds some character. 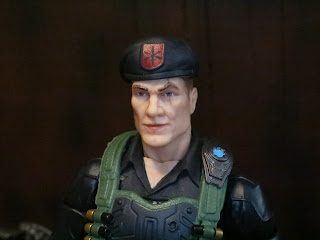 * Flint's beret is a removable piece and he looks fantastic wearing it. It seriously fits really well and stays on securely. I'm impressed. 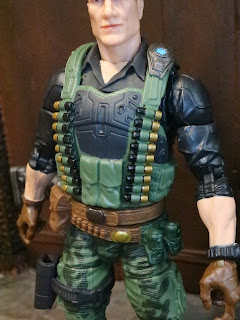 * Here's a close up of Flint's gear. You can see the body armor, the communicator device on his left shoulder, all of the shotgun shells he's toting around, and the grenades on his belt. It all looks great and all of the items have some painted details as well. Fantastic! 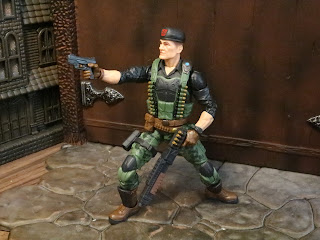 * Like the rest of the Clasified Series Flint has some incredible articulation. There's some seriously well designed articulation that allows for a great range of motion everywhere on this guy. The Classified Series truly makes the classic Joes, the ARAH Joes, and the modern 1/18th scale Joes proud. These are fun, durable figures that are a joy to mess around with. 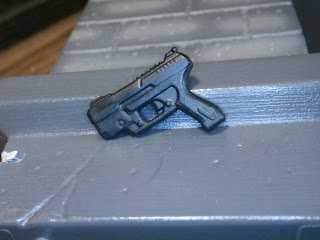 * Flint's pistol is the same model that came with Duke and Beach Head but this time it's just molded in plain black plastic. It looks good, though, as all black accessories are fairly realistic looking. 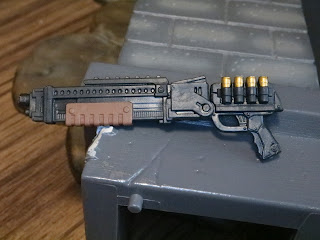 * Flint has almost always used some sort of shotgun as his primary weapon and the Classified Series is no different. He comes with a very cool and compact pump action shotgun. The design is great and the forearm gets a paint hit to help it stand out. The extra shells along the back also have their brass parts painted. It's an incredibly nice looking weapon. 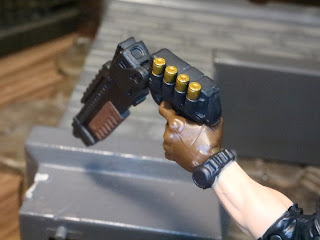 * So... Flint's shotgun is a pump action shotgun that is also a break action. That's kind of odd and impractical. Still, the function works and you can expose the breech. Now why would Flint have a weapon that's both a pump action and break action shotgun? I'm going with the idea that while he probably keeps standard shotgun shells loaded in the magazine the break action feature allows him to quickly pop in specialty shells, perhaps something like a dragon's breath shell or an EMP shell, when the need arises. 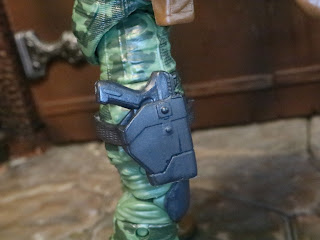 * Flint's pistol can easily fit into the removable holster on his right hip. It looks great and gives him easy access to his backup weapon. 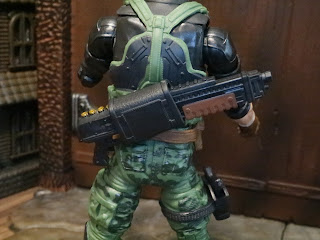 * Flint even has a holster for his shotgun! There's a holster permanently attached to the web gear on his lower back which his shotgun can conveniently slide into. It stays in their securely and looks petty cool. 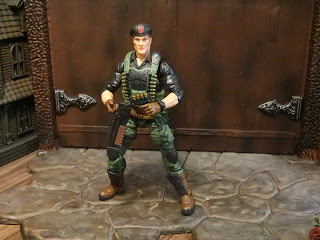 If I have any complaints about Flint it's just that I wish he had an extra weapon or two. A knife with a sheathe would have been cool, or perhaps a second type of shotgun to give him some options. What we have is still pretty Epic, though. I continue to be impressed with the G.I. Joe: Classified Series and I'm excited to see what comes out next. I've seen rumors pointing towards Barbecue, the Alley Viper, Cover Girl, and Dr. Mindbender, so it';; be interesting  to see who Hasbro adds to the growing ranks of both the Joe team and Cobra.