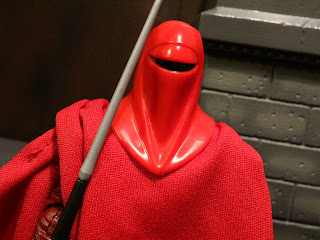 Today I'm completing the most recent series of Star Wars: The Black Series with a look at the Imperial Royal Guard. Yes, the Imperial Royal Guard. Like most everyone else I'm accustomed to calling these the Emperor's Royal Guards, so that's how I'll be be referring to them. Or ERG's for short. Regardless of the nomenclature you use for them, these guys have definitely been some of the most anticipated troop builders in the Black Series and it's nice to finally have them to chill out with Emperor Palpatine. While it's odd that Hasbro didn't pack these guys two to a case (granted, smart case packs have never been a part of this line), I did manage to find one on Amazon for retail price so they seem to be trickling out at a decent pace. Let's take a look at yet another excellent Imperial troop builder after the break... 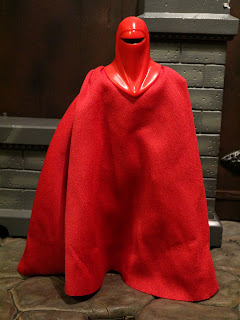 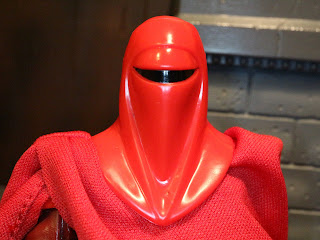 * First things first, the sculpt on the Royal Guard's helmet is superb. It isn't an overly complex design or anything but the likeness to the film prop is exceptional. They're rather shiny, which seems fitting, and the black visor seems incredibly menacing. Hasbro almost always nails the sculpts of characters wearing armor in the Black Series and this is no exception. 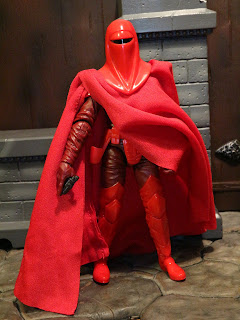 * Hasbro doesn't hesitate to use soft goods in this line when necessary and, this time, it's absolutely necessary. Remember the Power of the Force 2 figure? It looked cool but didn't have much functionality. This figure has no lack of functionality due to the actual fabric robe, though. I have a few complaints, but the robe feels like it's made of a good quality material and adds a very dynamic feel to action poses. The robe is removable if you remove the head, which can be done with a fair amount of pressure. 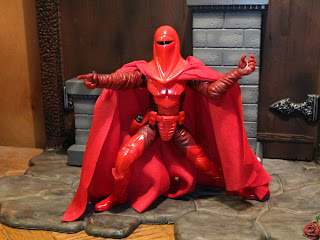 * While his head is a bit more limited due to the long neck guard on his helmet, the rest of the articulation on the figure is incredible. This guy is really fun to play with and put into a variety of poses. He looks just as great standing at guard as he does in combat. 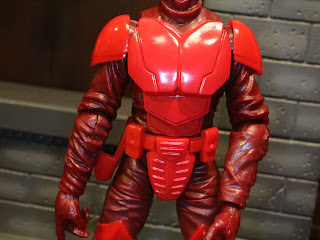 * Underneath the ERG's robe the figure is decked out in some really cool armor. This is a nod to Expanded Universe Crimson Empire and it's a welcome addition that adds quite a bit to the figure. I love the detail on it. It has a very clean, very manufactured look that seems perfect for an elite imperial soldier. 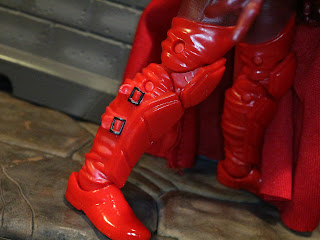 * The ERG's boots are also really cool. They're heavily armored, fastened with buckles, and just seem like a pretty smart thing to wear. I'm not sure how the Royal Guards can move in these, but they definitely seem like they'd be useful in a fight. 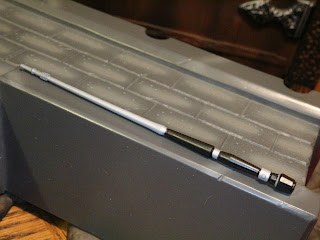 * The ERG comes with two weapons, the first being a force pike. The sculpt looks right and the paint apps are spot on for a 1/12th scale accessory. Better yet, the ERG's right hand is sculpted to properly hold the force pike while standing at attention. 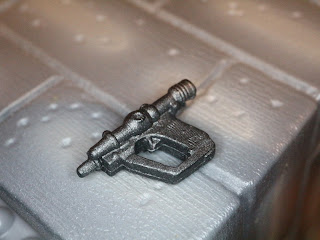 * The second accessory is the EC-17 hold-out blaster pistol. This is the same model of pistol that the Biker Scouts carry and it's very similar to the pistol that came with the earlier Biker Scout figures (both the standard and the Shadow variant), but a reverse mold. The scope is on the wielder's right side instead of the left side. 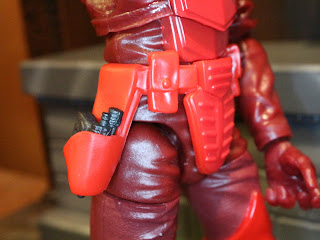 * I gotta admit that I find it pretty cool that the Royal Guards tote these little blaster pistols underneath their robes. The holster and belt is a cool little touch. 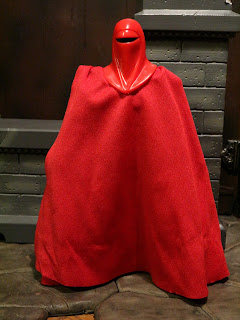 * Sometimes the robe looks a little unwieldy. I like the fit and color of the material, but it can be difficult to get it in a normal "at attention" pose. I'm not sure how they would have gone about it, but I would have loved to have seen the cut of the robe more naturally rest around the guard's right arm. 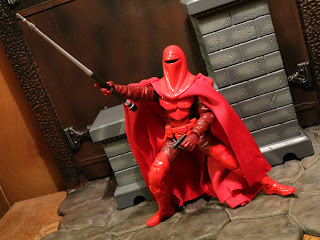 The Imperial Royal Guard is easily my favorite Star Wars: The Black Series figure since Sabine Wren last year. He's an incredible action figure of an Original Trilogy character that has some really cool extra features such as the EU inspired armor underneath the robes and the hidden holster. The ERG is one of the best 6 inch figures Hasbro has released in this line and he gives me high hopes that we'll continue to see more cool Original Trilogy stuff from Hasbro. Pure Epic right here!


This is the first Imperial Royal Guard I've reviewed on the site but I have reviewed plenty of other Star Wars: The Black Series Phase III figures, including: