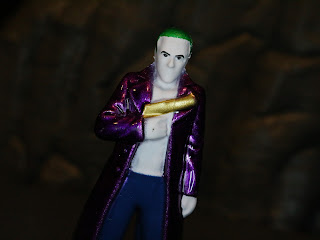 A couple of weeks back I watched the Suicide Squad: Extended Cut and you know what? I think Jared Leto is a pretty good Joker. Jared Leto had both the shadow of a number of previous great Joker performances hanging over his portrayal plus the questionable nature of some of his method acting stunts causing folks to preemptively hate whatever he did. While I'm not completely down with the fashion sense of the DCEU Joker, I do think Leto's performance is pretty impressive. I would love to see this Joker in another film with a slightly different style. While Harley Quinn was the true breakout star of the film, the Joker certainly did receive his fair share of merchandising. Today I'm looking at the die-cast metal minifigure of the character from Jada Toys' new DC Nano Metalfigs line. Let's take a closer look at this interpretation of the Clown Prince of Crime after the break... 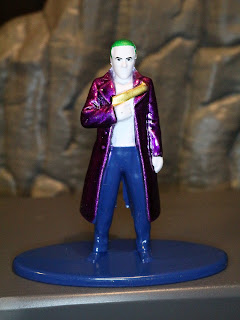 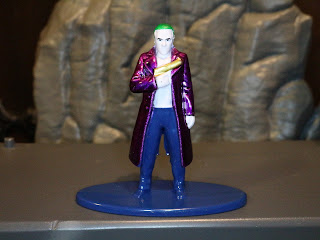 * The Joker has a fairly neutral pose, although that's not bad in and of itself. I do like the he's got his long purple coat and his gold pistol to throw in a few more dynamic elements. While the sculpting on these little guys is somewhat minimal, the painted details are quite nice and neat. There's little doubt as to who this is and that's kind of the standard to go by with such a tiny figure. He's not the most exciting, but he's quite nice. 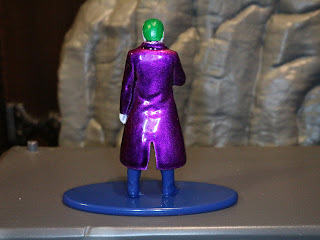 * I love the metallic paintwork on these, especially his purple trench coat and his green hair. It definitely adds a bit more of a "cool" factor to these little guys, don't you think? There are a few rougher patches of paint around the neckline, but it's not as noticeable at this scale unless you're really looking for it. 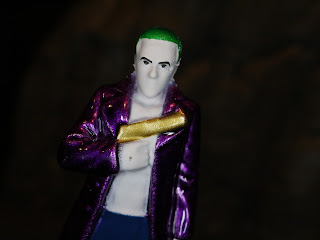 The Joker definitely isn't a bad minifigure at all, although there are a few minor issues. Overall, though, it's a decent representation of the Suicide Squad Joker, particularly for a figure that's smaller than 2 inches. I do like the metallic paintwork here; there's just something about the heavy die-cast metal and the reflective paintwork that is extraordinarily appealing. For a buck, this is a pretty Good minifigure. Not one of the best in the line, but worth the money.