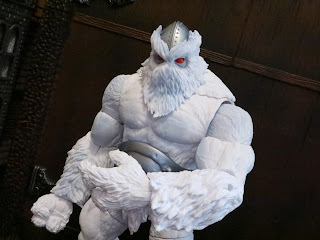 The last Marvel Legends build-a-figure that I legitimately assembled by collecting the parts from a complete series was Caliban from 2019. Since I realized fairly early on that I had plans to purchase most figures in the 2021 Super Villains series I decided I was going to go ahead and build Xemnu even though I wasn't at all familiar with him. My daughter did like Hulk and the Agents of S.M.A.S.H. when she was younger so it's possible I saw him on there at some point but otherwise I don't have any attachment to this Stan Lee and Jack Kirby created extraterrestrial monster. Still, a cool build-a-figure is a cool build-a-figure and I'm not saying know to a giant furry monster with red eyes. No way, now how. Let's take a look at the big ol' brute who has been terrorizing the Marvel Universe since 1960 after the break... 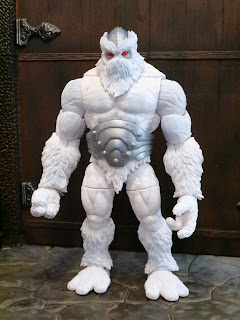 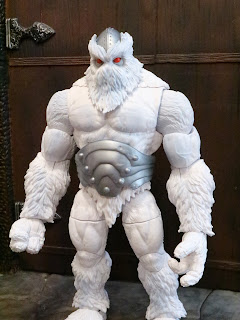 * Xemnu is huge, hairy, and quite intimidating. He seems to reuse many of the parts from a few recent build a figures like Wendigo and Sasquatch but some of his new elements like the his metal cummerbund and his riveted skull dome give him a unique feel. His fur has a darker wash over the white which adds a bit more depth to the sculpted fur. He's pretty cool looking and makes for a great alien monster for the Hulk or any other heavy hitters in your Legends collection to battle against. 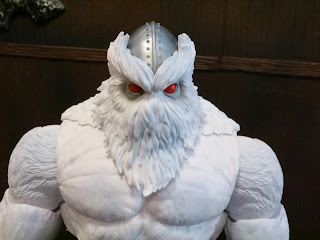 * The portrait is really cool. Xemnu has a really funky look where his long fur hides all of his facial features other than his red eyes, which are pretty creepy. The metal dome on his head is pretty unqiue too, giving him a bit of a technologically augmented feel. There's clearly more to Xemnu than just being a massive monster. 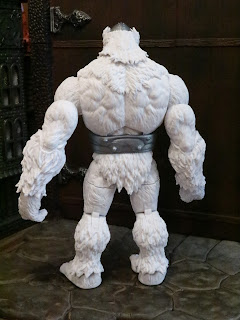 * Here's another shot just to show off the sculpted fur that covers the figure. While most of this seems reused from some previous build-a-figures it still looks fantastic, especially with the subtle paint wash adding some more depth to the sculpt. 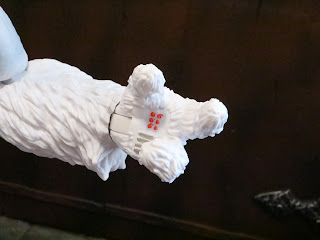 * Xemnu has some sort of implanted device on the palm of his left hand. It's a small detail but it helps him to stand out a bit more and reinforces the idea that Xemnu is a bit more technologically advanced than you might initially expect. 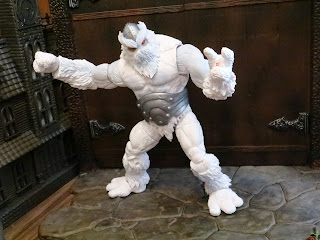 * Xemnu is about as well articulated as your standard Marvel Legends figure; he's just larger! He's got decent joints and while they don't all have the range of motion of the smaller figures he's still plenty of fun to mess around with and pose. He's very durable and all of his parts stay on fantastically well. 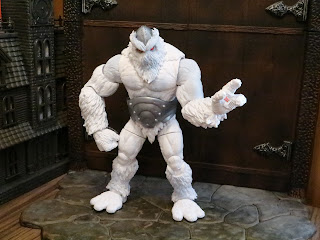 Xemnu is a Great build-a-figure. He's not necessarily the most unique looking build-a-figure as there's a lot of reuse here but he still manages to stand out thanks to the cool dome on his head, his cummerbund, and his eerie red eyes. Considering you're getting six pretty good figures if you pick him up the traditional way, Xemnu is a nice additional bonus.

By the way...are you wondering why I haven't reviewed the Red Skull from this series yet? Don't worry... something special is coming soon. Like maybe in 26 days or so....