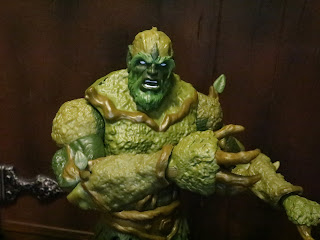 There's some MOTU mania happening up in here! Seriously, I am absolutely overwhelmed by the sheer volume  of Masters of the Universe product that's coming out right now and I find myself having to skip some stuff these days. Action figures are the heart and soul of my collecting, though, and I'm absolutely enjoying Mattel's Masterverse line. I was thrilled when it was revealed last year that Moss Man was going to be one of the first figures released. Y'all know that Moss Man is one of my absolute favorites (my dad even made me a Moss Man birthday cake flocked with coconut flakes in 2019) so not only was I excited about a new Moss Man figure but I was eagerly anticipating Moss Man having a major role in Masters of the Universe: Revelation and being voiced by Alan Oppenheimer. Well, so far his role was pretty small. Yeah, Moss Man gets killed by Skeletor in the first episode and appears later in "The Forge at the Forest of Forever" in Preternia, which in MOTU: Revelation is an Eternian afterlife. Will Moss Man return? Who knows. I'm bummed they killed him off so quickly but Revelation is a different series and Moss Man's scenes with Adam in Preternia were pretty cool. And we still got a pretty cool new action figure out of it, right? Let's take a look at the Masterverse Moss Man after the break... 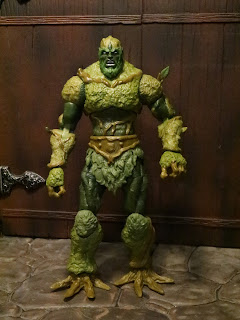 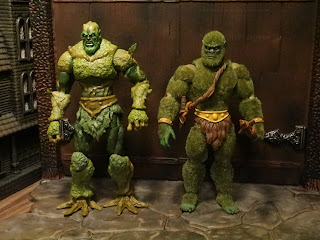 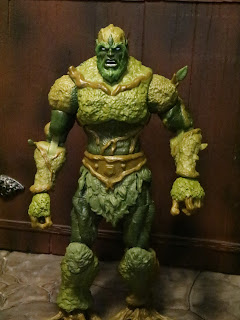 * Moss Man looks really cool. He reminds me a lot of Swamp Thing or Man-Thing rather than just a flocked version of Beast Man. The sculpt is quite detailed with lots of fun little flourishes. I love the vines running across his body and the leaf growing our of his left shoulder. He really does look like he's covered with a thick layer of growth while his body looks more plantlike rather than human. 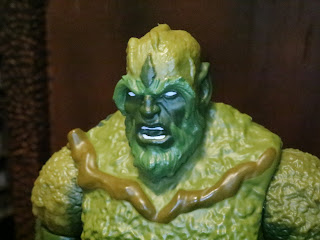 * The headsculpt makes Moss Man look fearsome which he seems to be in the show. While he is at heart an intelligent, caring being, this version of Moss Man focuses on the character when he is battling threats to Eternia and the living creatures that inhabit her. I love the fierce expression and the growing moss that makes up his eyebrows and beard. 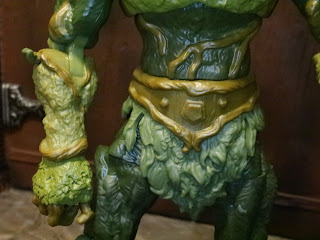 * Moss Man's belt and shorts are really cool. His shorts really look like they're made of lichen or something while the belt looks like carved wood. It's a seriously cool detail that definitely further gives this incarnation of Moss Man his own unique image. 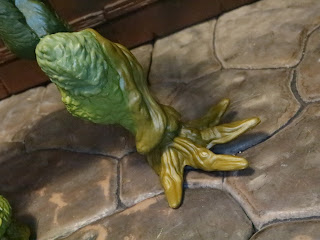 * His feet are also root-like. That's a pretty cool idea! He's like a mix between the classic Moss Man, Swamp Thing, and an ent. 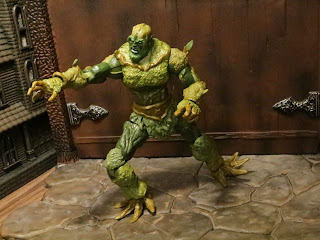 * For the most part the articulation is quite good. While it's not as smooth as Hasbro's offerings I'd definitely compare it to the quality of a Marvel Legends figure. Good quality, lots of joints, and a pretty solid range of motion. 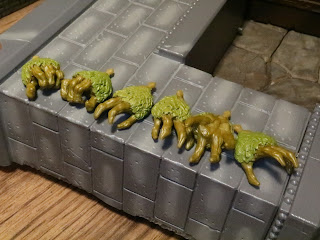 * Moss Man comes with six interchangeable hands. He has two standard grips, two relaxed grips, and two grasping hands which make his tree branch styled fingers look extraordinarily dangerous! They all swap in and out easily and offer up some extra zest for more unique poses. 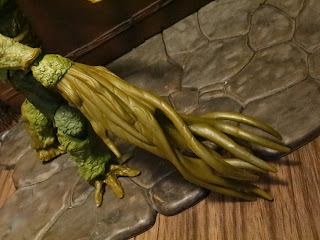 * Technically Moss Man has seven hands but the seventh is a crazy long cluster of vines jutting out from his right hand. He uses this in the first episode of the show and it's pretty cool to see it here. 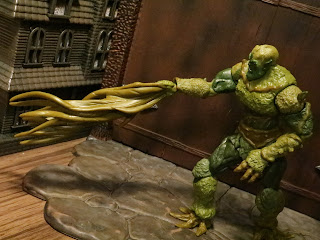 The Negatives:
* Unfortunately, the cluster of vines is so heavy that it's pretty tough to do anything with it but have it resting on the ground. The wrist joint really can't support it and even the elbow and shoulder joints are dragged down by it. Cool accessory, less than perfect execution. 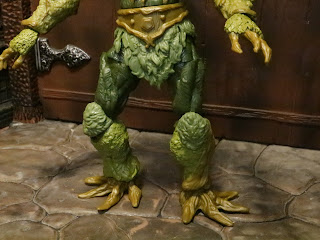 * It's a bit tough to show but there's something about Moss Man's ankles that makes him incredibly difficult to stand in some poses. I think the tree root like feet sit weird when rotated in some directions and the hinge joint just doesn't allow for a flat stance in all positions. 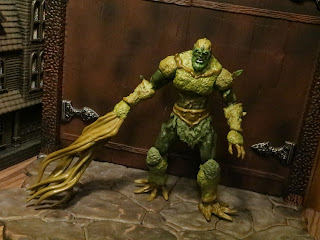 Moss Man turned out to be a pretty cool figure. Not the best Moss Man figure ever but still a pretty neat figure. The completely unique sculpt really brings a lot to the figure and while the paint work doesn't cover every detail it does seem to match up with the animation of Revelation quite well. Moss Man has the other little oddities I mentioned above (trouble standing, his vine hand being too heavy) but overall I still think he's pretty Great. Mastersverse is a pretty solid line so far and I'm anxious to get my hands on series 2 and the exclusive Scare Glow I ordered. Hopefully soon!