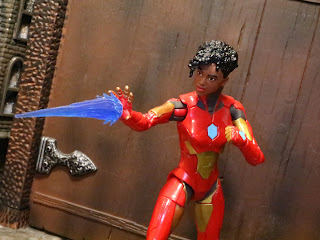 While my preferences in Marvel Legends collecting is classic (1960s-1980s) characters or comic versions of characters who have appeared in the Marvel Cinematic Universe, I'm still usually interested in a character with a cool design or new characters who have really landed in the Marvel Universe. I'm excited that Riri Williams, AKA Ironheart, has finally been released in Marvel Legends as she's been a rather popular new character since her debut in mid-2016. So popular, in fact, that Riri Williams will be making her MCU debut in next year's Black Panther: Wakanda Forever (played by Dominique Thorne) with her own Disney+ series, Ironheart, to follow. While I'm sure we'll see some MCU based Ironheart figures next year Hasbro doesn't release comic versions of most characters as often as you would think (I think the last comic based Captain Marvel figure was from 2015) so this version of Riri could end up being even more desirable down the road. She's a great figure of a new character who is part of the new Iron Man themed series with a build-a-figure of Ursa Major. Let's check her out after the break... 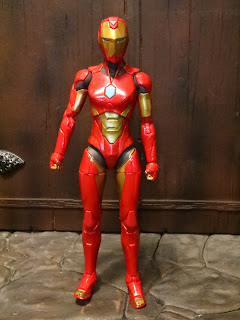 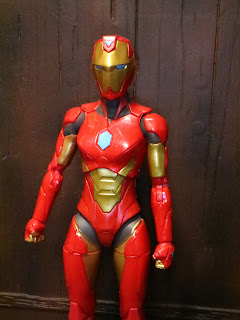 The Positives:
* On the surface Ironheart is a more feminine version of one of Tony's modern armors. Essentially Riri Williams starts building her own armors based on Tony Stark's designs I think it's the Mk. 51) but grows into being her own hero. The armor looks incredible here. It's a gorgeous red and gold with some excellent sculpting and a very sleek design. The paint and colors really pop here, making for an amazing look figure. 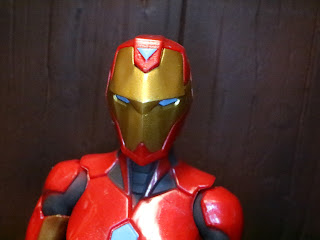 * The standard helmet looks like a regular Iron Man helmet but a bit more angular. The center (nose?) of the helmet pokes out a but more and the faceplate seems overall larger than most standard Iron Man armors. The blue eyes and the design on the forehead further help to break up the red and gold, adding a small splash of color. 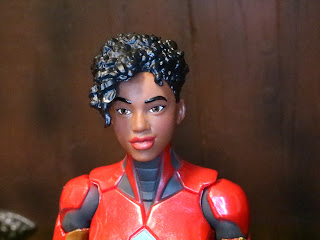 * Riri Williams' unhelmeted head is excellent! Hasbro did a great job capturuing her likeness and her more recent hairstyle. It's a fantastic sculpt with neat, clean paint applications that fits in well with the rest of the Marvel Legends series. 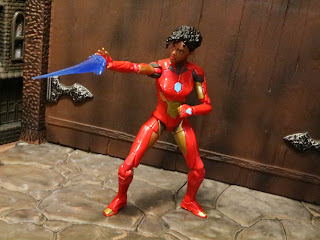 * Ironheart is a Marvel Legend so you now the articulation will be just fine. She's loaded with all of the joints of any Iron Man figure you own and she has an excellent range of motion. This is a completely new sculpt and everything works perfectly. She's sturdy, durable, and lots of fun to play around with and pose for battle. 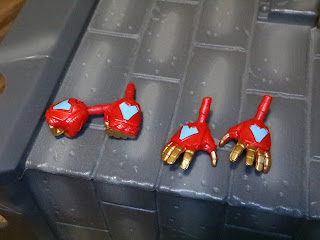 * Riri comes with two sets of hands which can be swapped out: Standard fists and open palms for firing her repulsors. There's even a cool heart shaped light on the back of each hand. That's a pretty neat detail. 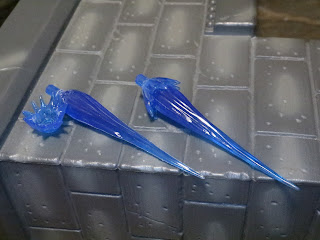 * We've seen these repulsor blasts many times. Here they're a darker blue with the flare at the base removable if you should desire to pose them that way. They can fit into the palms of Ironheart's hands or plug into the pegholes on the bottom of her feet to act as thrusters for flying around. 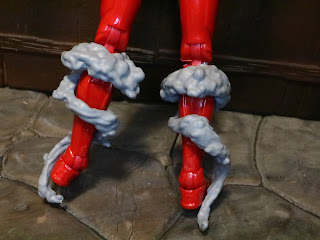 * Furthermore, Riri comes with some cool smoke trails which seem to be designed to fit around her boots. I've never seen these before so I assume they're a new piece which is pretty cool. Hasbro went all out on Ironheart, didn't they? 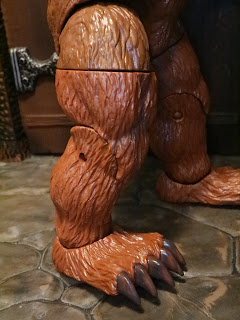 * Originally there were only two figures I wanted from this series: Ironheart and Ultron. When I saw Ursa Major, however, I knew I was going to be picking up some figures I hadn't planned on buying. Ironheart comes with Ursa Major's right leg. I'll get around to reviewing the giant bear as soon as I can (I haven't completed him yet). 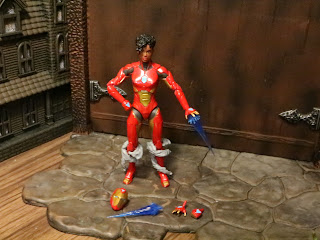 Ironheart is a very Epic figure. While there are definitely some Marvel Legend figures that are very "by the numbers" Ironheart isn't one of them. A completely new sculpt, two portraits, lots of energy effects, and extra hands make for a very fun, very versatile figure. It's always cool to see new characters in the line and Ironheart is a great modern addition. Plus, who doesn't want to build a giant bear? Ironheart reeled me in to this set and Ursa Major convinced me to pick up all of the needed figures to build the giant Soviet bear.
This is the first figure of Ironheart/ Riri Williams I've reviewed. For more Marvel Legends Series figures check out the following:
Enchantress (Mystic Rivals)
Firestar
M.O.D.O.K.
Nico Minoru (Mystic Rivals)
The Punisher