Minifigure Review: Fisto from Masters of the Universe Revelation: Eternia Minis by Mattel 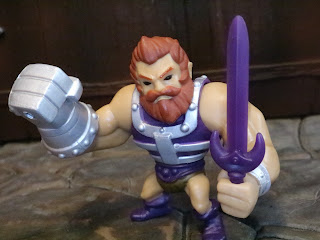 It's time for another Masters of the Universe Revelation: Eternia Minis review and this time it's Fisto! Remember Fisto from MOTU Revelation? Well, he has a brief cameo in the battle scene in the first episode, "The Power of Grayskull." He doesn't even talk. Fisto's a pretty popular character, though, so I guess Mattel really wanted to get a toy of him out there. There was never a Fisto in the MOTU Minis line from 2014 nor was there one in the standard Eternia Minis line so since Fisto looks pretty much the same in Revelation as he looks in most other MOTU media, this guy could really just be a repurposed Fisto planned from an upcoming Eternia Minis line rebranded as a Revelation Fisto. He's cool and very classic looking so he should please everyone. Let's check out Fisto after the break... 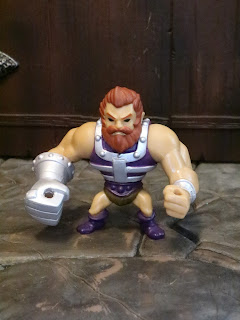 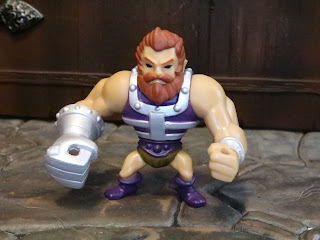 * Fisto looks like Fisto, and that's a good thing. He has a look that captures everything you love about most previous versions of the character. Purple and silver banded armor? Check. A big red beard? Check. A giant metal fist? Check! 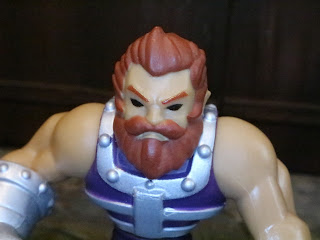 * Fisto fits in perfectly with the rest of the previous mini MOTU figures. His stylized appearance looks great and I love the detail on his beard. Very manly! 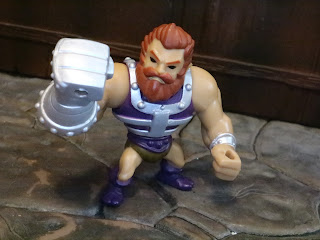 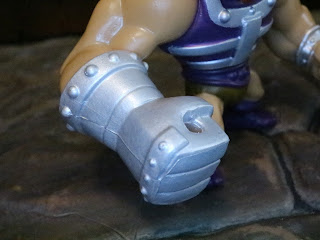 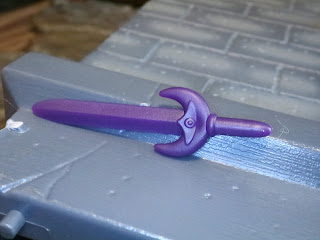 * Fisto comes with his classic sword which was really just a reuse of Tri-Klops' sword. There hasn't been a mini Tri-Klops yet, though, so here it's a piece that's all new to Fisto. 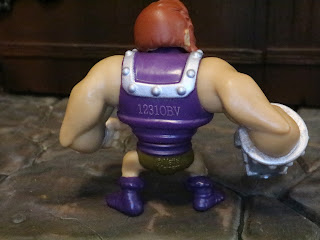 * My only real complaint with this figure is that the silver bands of armor on the front don't go all the way to the back. They're sculpted but only one of the bands is painted. It seems like a cost saving measure which is kind of disappointing. Also, the weird serial number on the back is bizarre. 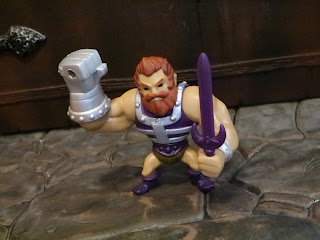 Fisto turned out to be a pretty Great minifigure. He's got an excellent design, he fits in well with the previous mini MOTU figures, and his fist looks incredible. I still hate that Mattel stopped offering these with the cool little cases (series 1 looked like Castle Grayskull while Series 2 was Snake Mountain) as they looked neat and added some nice value but still, for the price, this isn't a bad little mini. Whether you're a fan of Revelation or just want a Fisto for your Eternia Minis, this little guy fills the bill.

If you're a Fisto fan, check out my review of the mini Fisto from the M.U.S.C.L.E. Masters of the Universe #1 set, the Loyal Subjects' Fisto, the Mega Construx Fisto and Fisto & Cliff Climber, and the Club Grayskull Fisto.

For more Masters of the Universe Revelation: Eternia Minis check out the following:
Beast Man
Posted by Barbecue17 at 9/06/2021