Minifigure Review: Whiplash from Masters of the Universe: Revelation Eternia Minis by Mattel 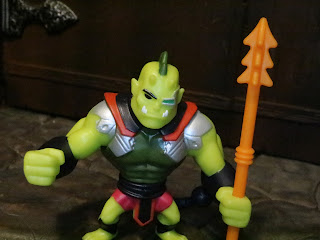 In reviewed the Metallic Whiplash figure a couple of weeks back but I suppose I should get around to reviewing the standard Whiplash from the Masters of the Universe Revelation: Eternia Minis, huh? MOTU: Revelation gave us two designs for most characters (one from before the deaths of He-Man and Skeletor and one from after) and the designs for the members of Tri-Klops' techno cult, Motherboard, are some of the most unique. Transformed into a cyborg by the waters of Motherboard, Whiplash now has an augmented left eye and a spiked tail with an electrified orb on the end. Let's take a look at Whiplash after the break... 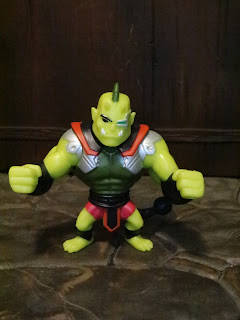 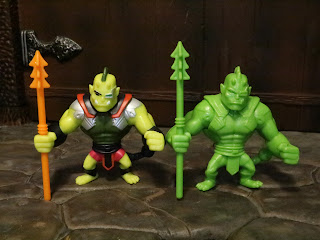 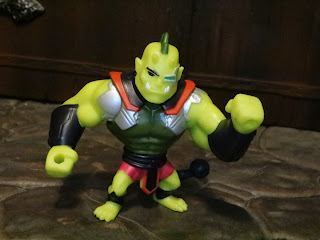 * Whiplash does have a pretty cool sculpt. I'm glad to see one of the new looks for a character in this line since most of the looks the MOTU cast sported after the deaths of He-Man and Skeletor were quite cool. While Whiplash still looks like Whiplash his new armor and such is pretty cool and definitely makes him seem very different. I like the colors here on his armored bits. 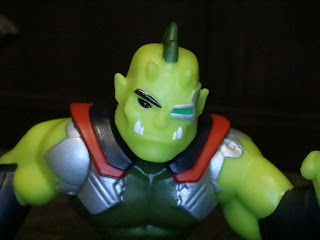 * The headsculpt is nice as well. I love the classic ridges and such and the new cybernetic eye. The green lens on the eye is a really neat detail. 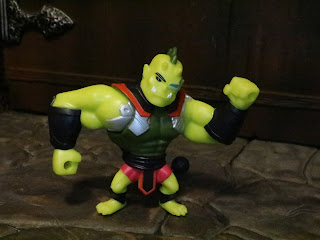 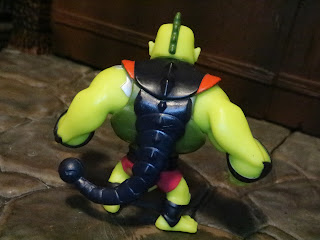 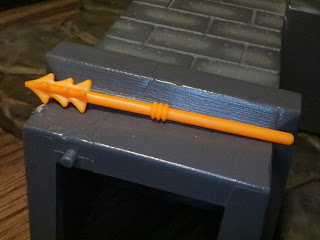 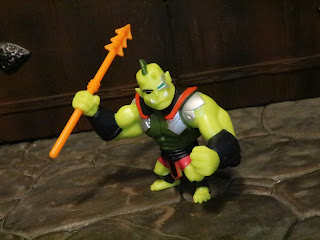 Whiplash is possibly my favorite figure from the MOTU: Revelation based Eternia Minis so far. He's a Great and a 1/2 minifigure with excellent paint and sculpted detail who benefits from the strong Whiplash redesign. I really love seeing new versions of MOTU characters and the Revelation designs still look like the classic MOTU cast but do feature some cool enhancements. This is a character I really want to see in Masterverse. With cool armor, a great design, and a super cool orange spear this little guy is a real winner.

There haven't been that many Whiplash toys lately. I've reviewed the Eternia Minis Metallic Whiplash and the Super7 M.U.S.C.L.E. Whiplash minis from the #1 Masters of the Universe set (Green) and the flesh colored series 1 Whiplash.
For more Masters of the Universe: Revelation Eternia Minis check out the following:
Beast Man
Fisto
Metallic Whiplash
Posted by Barbecue17 at 9/26/2021