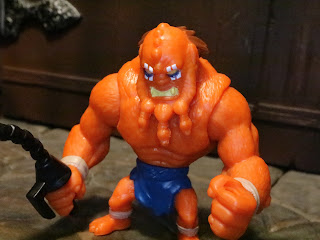 In early August I stopped at a Target and found the full series of the Masters of the Universe Revelation: Eternia Minis. Like the previous Eternia Minis these little guys are just a bit over 2 inches and come single packaged on small blister cards. In Masters of the Universe Revelation the characters typically have two different looks: Their classic look from the first episode and the flashbacks and their "current" look from after the death of He-Man and Skeletor and the departure of magic from Eternia. This version of Beast Man is based on his second look where he's wearing no armor, has his beard braided, and is covered in scars. It's a pretty cool look for Beast Man and definitely makes him seem pretty terrifying and more independent. Ready to check out Beast Man? Then join me after the break... 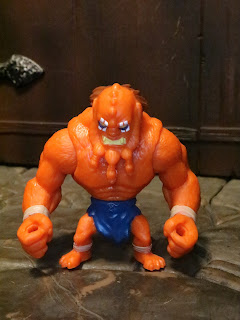 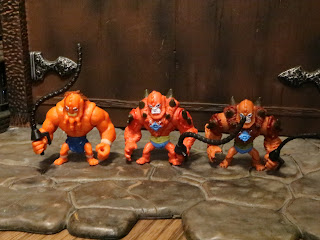 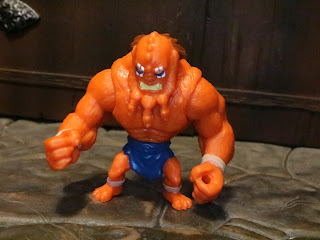 * Considering that these figures are quite small and given minimal paint applications it's more difficult to convey the scars and age that Beast Man has in the show after he's struck out on his own after the death of Skeletor. Still, the paint work isn't terrible at all, just simple. He's a cool looking figure who kind of looks like a vintage Beast Man toy with the armor off. 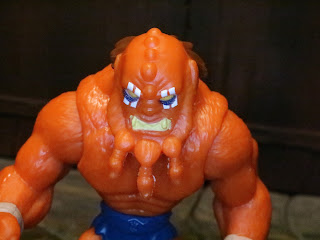 * His head is much more fearsome. I love his face paint and the braided beard. His hair is also pretty long in the back so someone was presumably cutting it for him back at Snake Mountain. 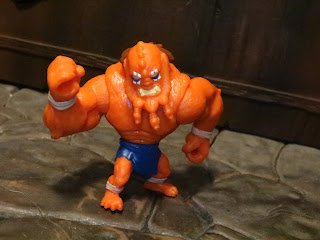 * These little guys have four points of articulation which may not seem like a lot except you have to consider they're only a little over 2 inches tall. That's not bad for the scale! They're very durable little figures and would probably fit in well with lines like Imaginext and the Hasbro Heroes figures, so if you have a little one who's into MOTU these could be some decent starter toys. They're fun to play with and have a lot of shelf presence! 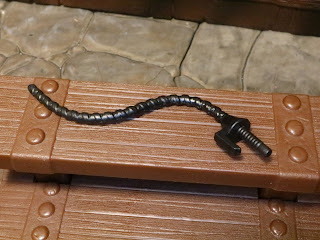 * Beast Man shares a whip with the Eternia Minis Beast Man. The whip looks braided, which is kind of cool, and it fits really nicely into Beast Man's hand. It's somewhat pliable, too, so you can move it around a bit. 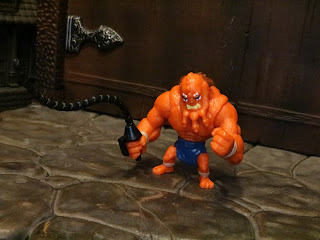 Beast Man isn't the most exciting of the new MOTU Revelation: Eternia Minis but he's not bad either. When I saw the new design for Beast Man while watching the show I was definitely looking forward to seeing him as an action figure and I think the upcoming Masterverse release is going to meet that need quite well. This guy's still fun, though I miss being able to see his crazy scars and such. He's a Good and a 1/2 figure and if you're a fan of Beast Man I doubt you'd be able to resist picking him up in the store.

I've reviewed so many Beast Man toys that he has his own review archive: Check out Beast Manor for lots of Beast Man toys and collectibles!
Posted by Barbecue17 at 9/06/2021