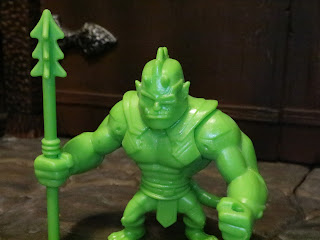 Ready for another review from the recent Masters of the Universe: Revelation themed series of Eternia Minis? Then let's check out Whiplash. But not just regular Whiplash: This time it's Metallic Whiplash! Back when the Eternia Minis were semi-blind packaged packed there were some "chase" variants like Horde Zombie He-Man and Golden Armor Skeletor so I'm wondering if Metallic Whiplash is Mattel's way of continuing that tradition. Whiplash does appear in MOTU: Revelation in the second episode, "Poisoned Chalice," both in his classic look and in his cybernetically augmented look after he joins Tri-Klops' Motherboard techno cult, but he never appears as just a solid green character. This is simply a random colorway but because these guys are so inexpensive and you don't seen Whiplash stuff too often I picked him up. Want to see Metallic Whiplash in action? Then join me after the break... 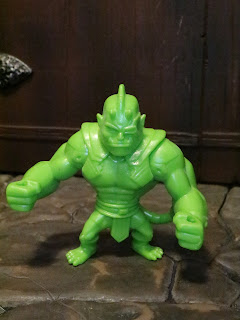 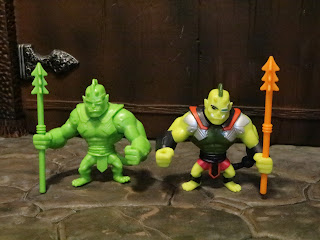 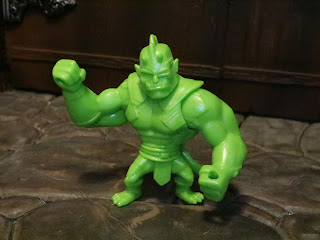 * Whiplash does have a pretty cool sculpt. I'm glad to see one of the new looks for a character in this line since most of the looks the MOTU cast sported after the deaths of He-Man and Skeletor were quite cool. While Whiplash still looks like Whiplash his new armor and such is pretty cool. 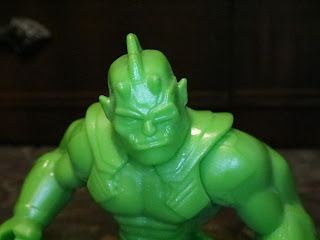 * The headsculpt is nice as well. I love the classic ridges and such and the new cybernetic eye. It's kind of tough to make out all of the details without the paint apps but they're there. 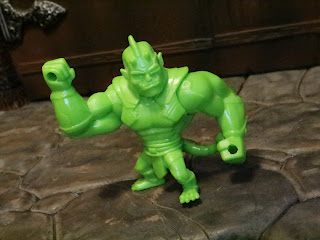 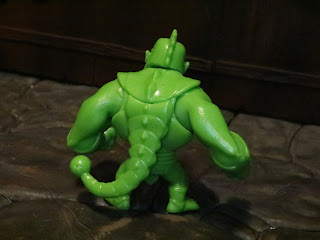 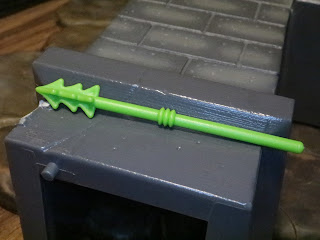 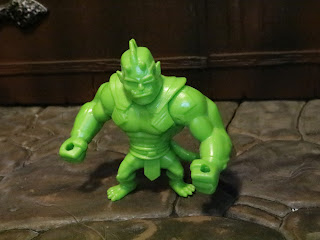 * So... Whiplash is marketed as Metallic Whiplash but is he really that metallic? The answer is no. Maybe the plastic could be considered shiny but I don't feel like it looks like metal at all. No sparkles or glitter mixed in or anything. It's not terrible and I certainly see the appeal in getting figures with unusual colorways but this one just seems a bit off. Had he been all green with maybe a highlight or two that would have been kind of slick. This feels like a really half baked variant to me. 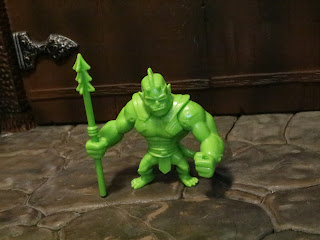 There's not wrong with this figure and you're desire for it probably depends on how much you like Whiplash and how much you like unique colorways in toys. He's eye-catching for sure but he doesn't feel like something that could really be worked into your Eternia Minis collection without just saying "Yup, that's a paint variant alright." He's a cool figure but the paint job should have stood out a bit more. He's still a Good and a 1/2 figure, don't get me wrong, but he's not going to set the world on fire (you can get him for not much more than retail price on Ebay with free shipping). I'll be reviewing the standard Whiplash in the near future, so stay tuned.

It's been awhile since there has been a new Whiplash toy! I've only reviewed the Super7 M.U.S.C.L.E. Whiplash minis from the #1 Masters of the Universe set (Green) and the flesh colored series 1 Whiplash.

For more Masters of the Universe Revelation: Eternia Minis check out the following:
Beast Man
Fisto