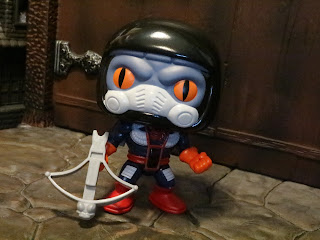 It's time for another MOTU POP! vinyl review and today it's a character who doesn't get nearly the love and attention he deserves: Dragstor! While characters like Beast Man, Man-At-Arms, and Trap Jaw tend to show up in every line of Masters of the Universe toys and collectibles, some characters didn't even make it into the 200x series. Dragstor is one of those characters who is most often neglected and it's pretty thrilling to see Funko hit some of these deep cuts. Dragstor's a member of the Evil Horde who can plop down on his stomach and take off like a car. MOTU didn't leave any gimmick out, did they? The vintage Dragstor was was released as part of the fifth series in 1986 and I definitely remember picking him out from a store at some point. I still have him, too. Of course, this is an all new Dragstor and while he's not a traditional action figure he's a pretty fun toy. Let's check him out after the break... 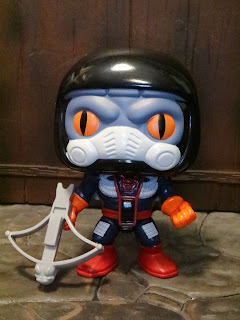 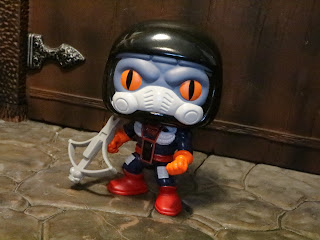 * Dragstor is another pretty standard Funko POP! with a swivel neck, a deep stance, and a bit of a pose. He looks good being posed looking forward, to the left, or to the right, so you have a few display options when placing him on your shelf. We've been seeing this pose quite often on the MOTU figures and I have to admit that it works for them, especially those carrying larger weapons. 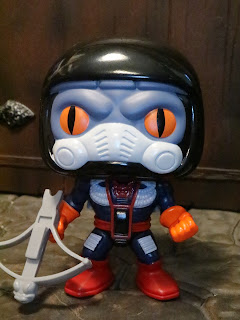 * This is a great interpretation of the vintage Dragstor design. He's got a great red and blue outfit with orange and silver highlights and lots of little details. There's a Horde logo on his chest, tubes going from his chest to his helmet, and the wheel in the center of his torso. It's a bit hard to tell it's a wheel if you weren't aware of Dragstor's vintage gimmick but it's definitely there. 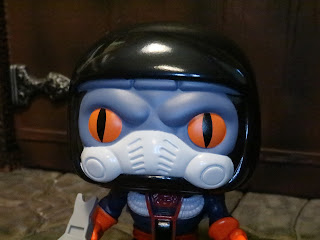 * What exactly does Dragstor, AKA Theydon, really look like? Who knows? Is he wearing a helmet and a facemask? That's what I think. I think his skin is really purple and he's wearing a breathing mask of sorts. His headsculpt looks great and those orange eyes with black slits look fantastic. I like a bit of detail in some of the POP! vinyl eyes and they've been doing that quite often in the MOTU series! 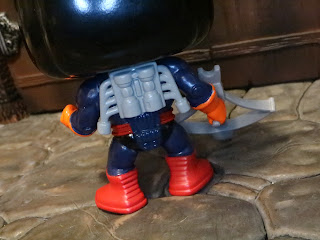 * Flip Dragstor around and you can see Dragstor's cool engine styled backpack and lots of other little technical details you'd expect on a ma who has been turned into a vehicle. 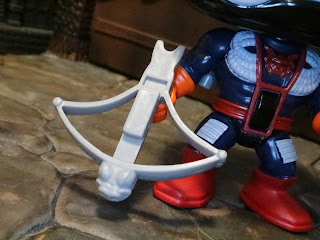 * Most of the vintage Horde members came with crossbows and Dragstor didn't get left out. He's got a light grey crossbow with a creature head on it. It's a bit lighter than the vintage toy's crossbow but it still looks good and it's a minor change. 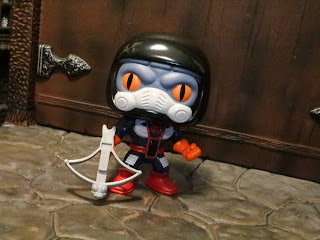 Dragstor is a Great and a 1/2 POP! vinyl and another one that I'd say is one of my favorites of the year. He looks incredible and is a very faithful depiction of the vintage character. Since Dragstor gets acknowledged in toylines and collectibles so rarely it's great to see him present here. Funko did an excellent job! We're really starting to see the vintage MOTU line completed here (hopefully we'll see second versions of some of the earlier figures who were so rare like Ram Man and Scare Glow) and it'd be great top have another line with a complete cast.