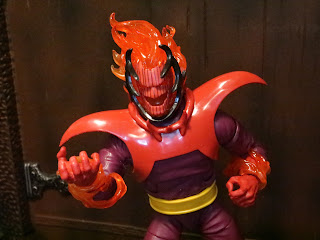 Yesterday I reviewed the Hood from the recent Super Villains/ Xemnu series of Marvel Legends figures and today I'm reviewing the source of the Hood's hood: Dormammu! OK, so Dormammu is far more than just the source of the Hood's hood but it is a connection to the previous figure so I went with it. I was quite excited for the release of this Dormammu as the last Dormammu was a modern styled build-a-figure from the series of figures released with Doctor Strange back in 2016. Dormammu is one of the big bads of Doctor Strange (perhaps his primary antagonist?) and getting a classic version is a welcome addition to the Marvel Legends ranks. While I'm still waiting for a classic Doctor Strange from Hasbro a classic Dormammu helps to bring in some old school Marvel goodness. Let's see if Dormammu is a good bargain after the break... 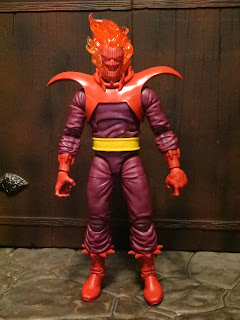 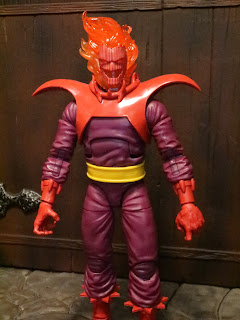 * Created by Stan Lee and Steve Ditko back in 1964 Dormammu has a very classic comic book look to them. With bright, bold, warm colors and a flaming head Dormammu stands out. He's old school in the best way possible! I love his purples and reds! His wrists have a unique design around them and his dramatic collar, a separate but non-removable piece, is quite effective. The base body is shared with Red Skull (also in this series) but if it's been used elsewhere previously I don't remember. His swanky belt is also a separate piece. OK, it's pretty basic but, again, the strip of yellow really breaks up his purple jumpsuit nicely. 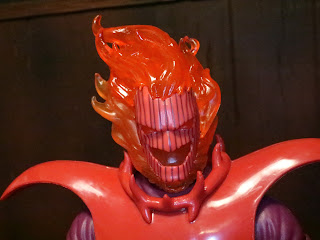 * Dormammu has a very interesting appearance and Hasbro captured his classic look perfectly. His face almost looks like a traditional theater mask surrounded by flames. It's a very cool appearance and seems fitting for a being of pure energy to use to connect with the mortal world. 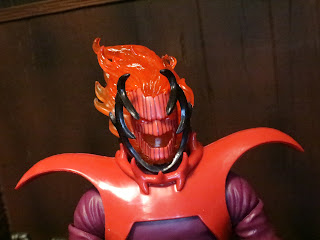 * Some depictions of Dormammu give him a barbed black crown of sorts so the crown here is removable. Is crown the right word? What would you call this thing? It attaches via a tab underneath his chin and does alter his appearance nicely. 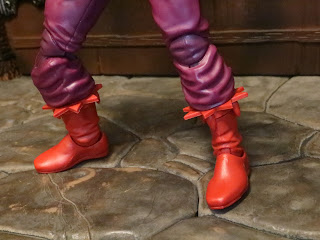 * Dormammu's boots are pretty unique. Well, at least the collars of the boots are. They're very jagged and spiky. That's a real villain design! 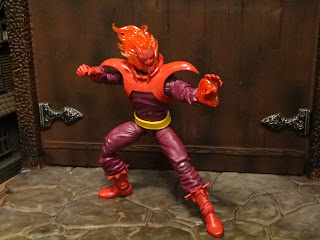 * It's tough to say much unqiue about the articulation on most Marvel Legends figures as it's always really, really good. Dormammu is super fun to play with and pose in a variety of malevolent poses! He doesn't have the butterfly shoulders but he does have both a balljointed neck and a barbell jointed head. 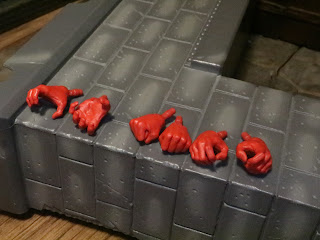 * Dormammu comes with six interchangeable hands that can swap in and out easily. He has a pair of grasping hands (great for making evil gestures!), a pair of fists, and a pair of pistol grips. Why pistol grips? I'm not sure as he doesn't seem like the kind of guy to need to pick up a 9mm and bust a cap, you know? 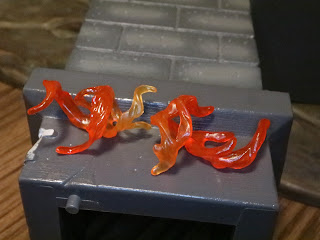 * I'm pretty sure we've seen these before but Dormammu does come with two fiery attachments that can fit over his wrists. They look really cool and definitely help make some of his poses more fun. 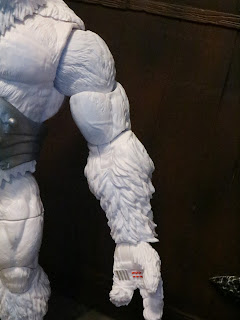 * Six of the seven figures in this series come with parts for the Xemnu build-a-figure (Dr. Doom is the figure without a piece) and Dormammu comes with the left arm. After realizing I really wanted four of the figures in the set and was interested in Xemnu I decided to pick up everyone except Doom and complete him. If you're buying them all the BAF is a nice extra incentive. Otherwise, you can sell it and probably make a good percentage of your money back or trade it for something you need. 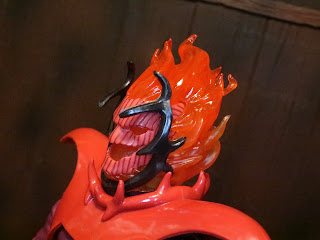 * The crown looks kind of cool (though I prefer Dormammu without it) but it does sit very loosely on his head even though it has a tab to attach it with. I'm just leaving it off. 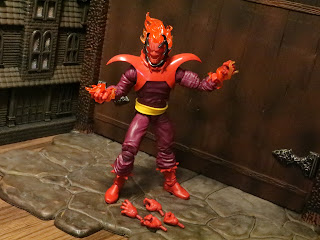 Dormammu is a Great and a 1/2 figure and, so far, he's tied with Arcade as my favorite of the punch. He's a very visually impressive figure with great colors and the alternate hands and fire effects do allow you to change up his poses a bit more. He's an excellent figure and another classic Marvel villain for the shelf. This has been an excellent series so far that has added in some excellent villains to the Legends line. Now we need a classic Doctor Strange from Hasbro. It's been a few years since we last had a comic Strange but a classic comic version of Doctor Strange, Sorcerer Supreme, is long overdue.