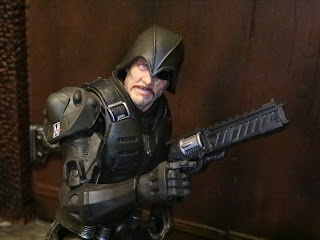 With the release of Major Bludd in the G.I. Joe Classified Series Hasbro has really covered the A-list Cobra members, haven't they? Sure, there's plenty of characters still left (Doctor Mindbender, Serpentor, Dr. Venom, Scrap Iron, i.e.) but Hasbro got the big guns out in less than a year. That's kind of something that most collector focuses lines avoid these days but I say good for Hasbro. I think they have some real confidence in this line now. They certainly put their all into every release it seems and the distribution problems are improving, too. Major Bludd is one of the Target Cobra Island exclusives and he's been much easier to find than the previous releases in the series. Major Bludd was available in 1983 as both a mail away figure and a single carded release and quickly became a major part of Cobra's evil operations. He's always had a strong design and Hasbro really didn't have to do much to modernize the guy other than spruce up the details of his armor and gear a bit. Let's take a look at Major Bludd after the break and see how successful they were... 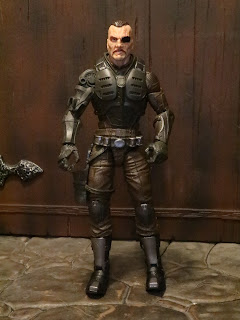 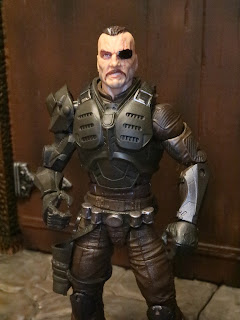 The Positives:
* Major Bludd is pretty incredible looking, though that can be said of the majority of the figures in this line. Hasbro just keeps knocking them out of the park. Major Bludd is clad in a mixture of browns with a bit of silver for his armored bids. His heavily armored torso is a separate (but non-removable) rubbery piece that sits over a standard torso. There's some impressive detail there that shows off all of the different panels and crevices of the armor. There's also some nice padded elements on his regular brown outfit and a bracer on his left forearm. I'm sure the base body parts are reused but I can't identify them off hand. 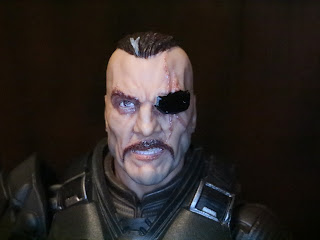 * Major Bludd's headsculpt is stellar. The headsculpts on most of the figures in this line have been good but Bludd is definitely in the top five. He just looks so weathered, rugged, and gosh darn evil. There's a lot of character in his face including his super cool mustache that frames his devious scowl, the long scar down the left side of his face, a rather more sophisticated looking eye-patch than he wore in the 1980s, and a high in tight with a shock of white on the front. The paint is amazing and really brings every detail to life. 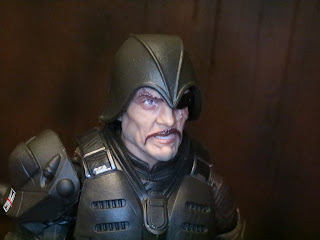 * Major Bludd's helmet fits his head perfectly and he looks really cool in it. It definitely completes his look though he still looks impressive without it, too. 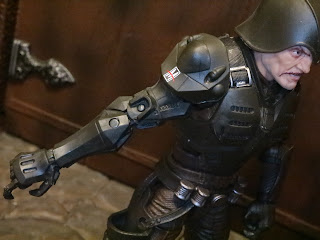 * Major Bludd's cybernetic arm is on full display here and it looks awesome. The sculpt is fantastic, very sleek and modern, and definitely ensures that you know this is a prosthesis rather than some sort of armor. The pauldron that covers the shoulder joints is removable but it's also hinged to facilitate a pretty good range of motion. 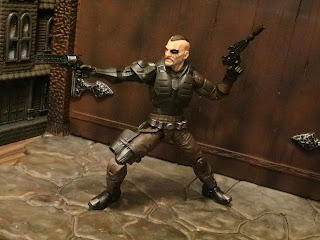 * I'm not sure how many times I can reiterate that the articulation is nice and incredibly useful for getting excellent poses out of the figure. There are plenty of joints and they all move quite well. Hasbro has been on a roll for quite a few year now, making some of the sturdiest and most well designed 6-inch scaled action figures on the market and the Classified Series is quite possibly at the head of the pack in terms of articulation on a mass market figure. 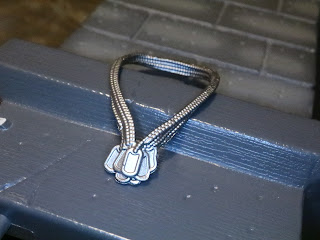 * Major Bludd comes with a big pile of dog tags which he presumably has claimed as trophies. The sculpt is nice (you can even see the metal beads on the chain) and he looks great holding them. 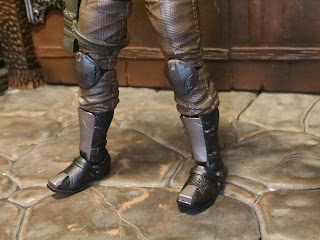 * Bludd's boots and knee pads are pretty cool, too. Lots of detail and they look pretty heavy duty. 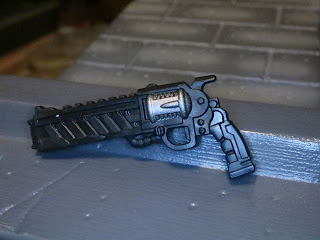 * Major Bludd's revolver is incredible. I love how powerful this thing looks. It's just slightly futuristic, too, which fits this line's aesthetics perfectly. The sculpt is super sharp and detailed and there's even a paint app for the cylinder, helping it stand out. 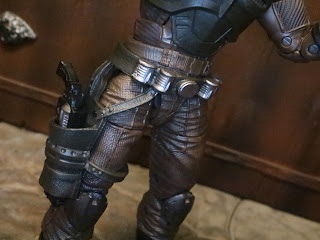 * The revolver can fit in the holster on Bludd's right hip. Even cooler are the extra cylinders/ speed loaders attached to his belt. That's a great detail! 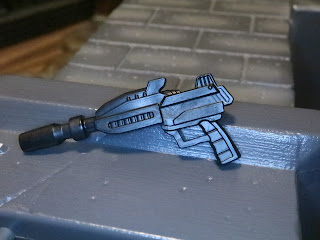 * Bludd's second firearm is actually inspired by the missile launcher that the vintage toy came with. It's a little different, though, and without a missile attached it looks like a laser pistol or a silenced pistol. 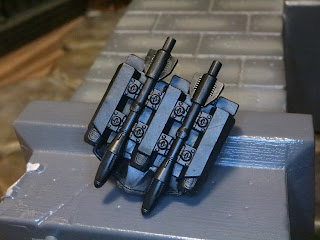 * The backpack has two missiles attached to it. It's a simple piece inspired by the vintage toy though the original backpack held three missiles instead of four. They weren't removable, though, but the ones on the 25th Anniversary Bludd were. He even had four missiles! 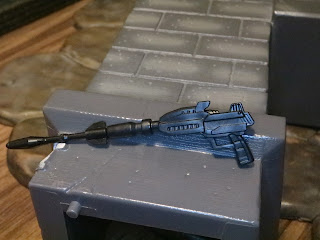 * One of the missiles can fit right onto the barrel of the launcher. It stays on securely and while it might be a but cumbersome it does at least keep the end of the missile a bit further away from Bludd. That seems like a very desirable safety feature. 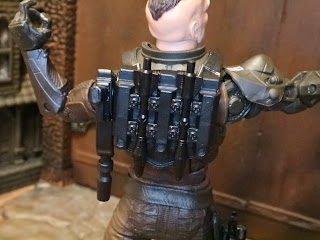 * Does Bludd need his hands free to write some bad poetry? The launcher can pop on to the back of his backpack for storage! How cool! 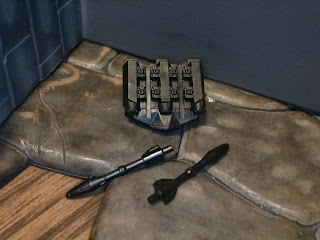 * The missiles fit on the backpack kind of loose. Be careful as they can easily fall off and get lost or chewed up by the dog or something. 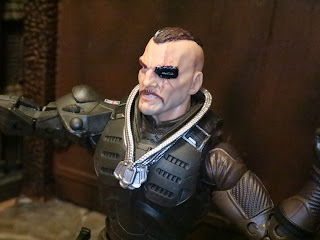 * The dog tags are a great accessory but the look a bit too thick for the figure. The chains are too large and don't stay in place terribly well. He looks better holding them in his hands. 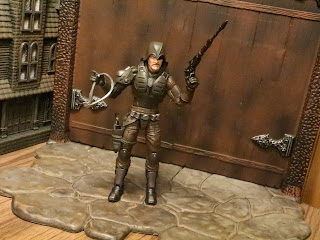 Major Bludd is another Epic figure in this line. The G.I. Joe Classified Series just continues to impress me with every release. Hasbro is doing an amazing job with these and Major Bludd is definitely in the top half of the figures in the line with one of the best headsculpts so far. Fortunately he's been easier to find so stay vigilant and you should find one soon enough. He's incredibly cool and a great update of the vintage toy!