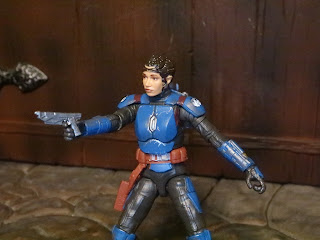 Ready for another review of one of my bin store finds? How about the Star Wars: The Vintage Collection Koska Reeves for a little under $5? While Galoob's Star Wars Micro Machines and Kenner's Power of the Force 2 figures were my gateway into the world of Star Wars, for the past 10 years I've preferred the larger figures of the Black Series. Oddly enough, I do own the Black Series Koska Reeves figure but I didn't review her for some reason. At least I'll have some version of Koska Reeves on the site now, right? This TVC version is apparently a Target exclusive, but the bin store I frequent seems to get a lot of Target overstock, clearance, and returns, so it makes sense that they'd have her, too. The last time I reviewed a figure from The Vintage Collection was Doctor Aphra back in 2018, so I guess there hasn't been much that's caught my eye over the past three years. Koska Reeves sure did, though. Let's check her out after the break... 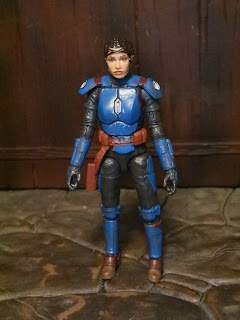 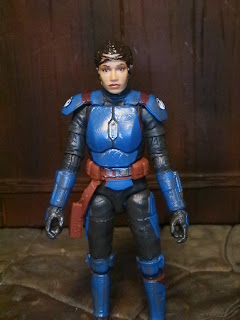 * It really surprises me getting the Vintage Collection Figures in hand these days as I forget how small they are. Of course, as Yoda says, size matters not, and Hasbro has done an incredible job with Reeves. She is just about as detailed as her Black Series counterpart and is loaded with sculpted and and paint detail. Her armor looks fantastic. Honestly, I'm just a sucker for Mandalorians, and if this hadn't been a Mandalorian I probably wouldn't have bought it. That armor is fantastic and little details like the shoulder pad logos and the various pieces of armor attached to her bodysuit really impress. 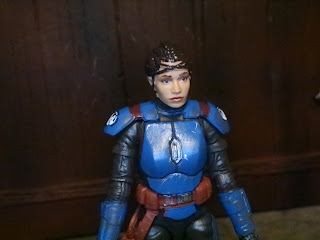 * The likeness is really good, too. Yeah, it's a small portrait, but it captures Koska (played by Mercedes Varnado, better known as WWE Superstar Sasha Banks) and her unique hairstyle with braids across her forehead. The back of her hair is really detailed as well. 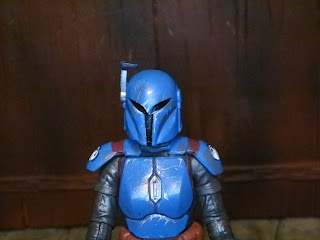 * Rather than including a helmet like the Black Series version, Koska comes with a second helmeted head that swaps out easily. The shape of her helmet is really sleek and cool looking, almost resembling a bird of prey, and there are plenty of dents and dings on it to show off the many battles this Mandalorian has seen. 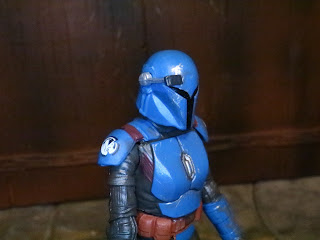 * The rangefinder does function on the helmeted head. Well, it slides down into position. It doesn't actually determine range for you or anything. Still, it's very cool to see this on here. Yeah, we've been getting functional range finders on Mandalorians since 2000 when the Power of the Jedi "300th Figure" Boba Fett came out, but it still thrills me. 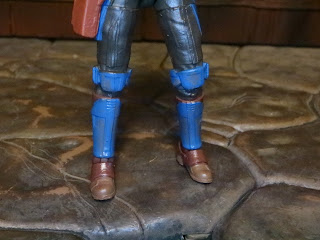 * Not only are Koska Reeve's boots really cool looking but there are some decent paint effects on them, too. The paint effects are just really superb on this figure, especially considering it's 1/18th scale. 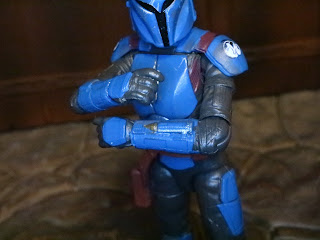 * Koska's also packing some vambraces loaded with that good old fashioned Mandalorian weaponry. Don't mess with her. She's got a whipcord launcher and a flamethrower that will mess you up. 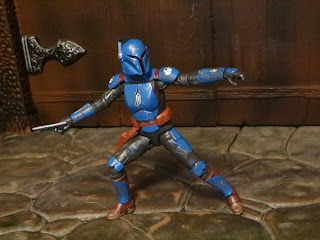 * The articulation is excellent. Seriously, it's extremely smooth and everything just moves perfectly.  The articulation is absolutely comparable with the Black Series version, just at a smaller scale. I don't pick up 1/18th scaled stuff much anymore so I'm amazed to see how far Hasbro has come. 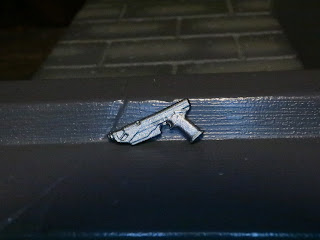 * Koska Reeves carries a single WESAR-35 blaster pistol. It's a really tiny pistol but it fits in either of her hands well and has some visible detail. 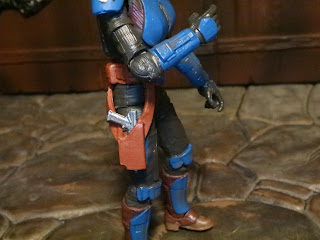 * She also has a holster for her blaster on her right hip. It's part of her belt, with the holster hanging down over her right thigh. The WESTAR-35 fits inside perfectly. 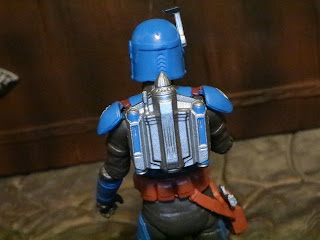 * Koska's jetpack fits very securely on her back (it kind of plugs in via a large, square shaped peg) and looks fantastic. The silver and blue paintjob is quite eye-catching. 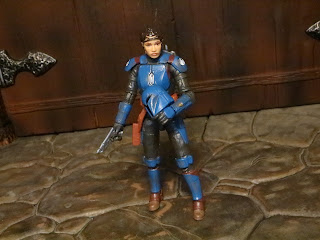 I'm not planning to get back into collection 1/18th scaled Star Wars figures or anything (though I do like the classic Kenner inspired Retro Collection) but I am absolutely impressed with this figure. Koska Reeves turned out really, really well and is just as impressive as the best of the Black Series figures. I know that many collectors of the traditionally scaled Star Wars figures have felt neglected by Hasbro since at least around the time of Episode VII, but it's nice to see that there are still some real winners being released. Koska Reeves is an Epic figure. Mandalorians are always fun and she is no exception.
This is the first figure of Koska Reeves I've reviewed on the site. For more Star Wars: The Vintage Collection reviews check out the following:
Doctor Aphra
Imperial Scanning Crew
Rey (Jakku)
Posted by Barbecue17 at 12/22/2022