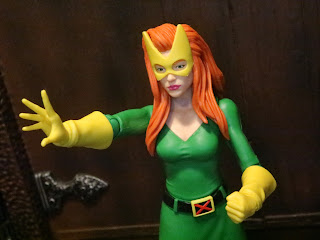 Like I said in yesterday's review of the Tony Stark (A.I.) figure from the Shang Chi/ Mr. Hyde series, I'm much more familiar with older Marvel comics stuff than I am anything newer. I have no idea what House of X is about but I do plan to read it now that I've been reading a lot more Marvel stuff, particularly X-Men, lately. I absolutely know who Marvel Girl is, though, and I was pretty excited to see this figure on shelves. While it appears that this figure is based on the rather recent House of X storyline and Grey has gone back to using one of her older costumes and her original codename I just picked this up because it's a great looking classic Jean Grey. I'm currently reading the X-Men Epic Collection volume 3 (1968-early 1970) and this is the outfit Jean's wearing throughout most of that book. I dig the old school comic styles and while she's not going to replace the main Jean Grey in my collection (the Jim Lee/ animated series styled Jean Grey from the "Love Triangle" 3-pack) I'm happy to put her on my shelf of cool variants. This figure is part of an X-Men series completely based on the House of X books which is pretty interesting. I can't think of many Marvel Legends series of figures completely based on such a new story. Yeah, new movies and TV shows usually get a full series but it's rare to see that happen with the comics. It's kind of cool, though. Let's take a look at Marvel Girl after the break... 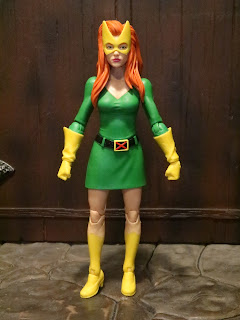 Accessories: 4 interchangeable hands, Krakoan flower, and the right leg of the Tri-Sentintel build-a-figure. 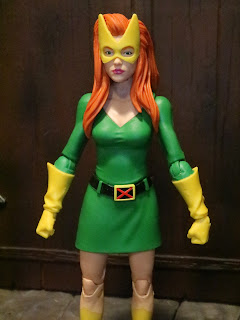 * I actually had the 2007 Walmart exclusive 2-pack with Cable and Marvel Girl at one point but this Marvel Girl is way better. jean looks fantastic and Hasbro really did a wonderful job with Jean's fashionable 1960's dress and her bright colors. The green and the yellow on her look amazing as do her gloves and her X-logo belt. 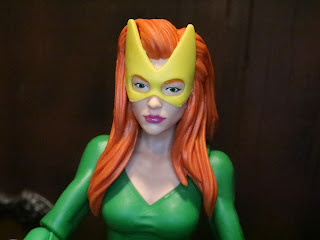 * The headsculpt is very lovely and captures Marvel Girl's likeness well. There's not a lot of paintwork here except for on her eyes and lips (which look excellent) but the detail on her hair is sharp and I really like the effect of her mask being an actual separate piece. It's not removable or anything but it does give the figure a more realistic, three dimensional appearance. 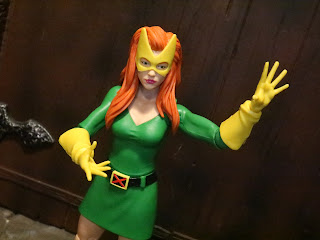 * From the waist up Marvel Girl has excellent articulation. Not as good as some figures, sure, but she's got some solid movement. I mean, she's not a martial arts character or anything, so she doesn't need the "butterfly" shoulders, but she can take some fine poses to depict her throwing out shapes while using her telekinetic abilities. 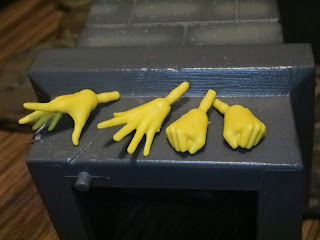 * Marvel Girl comes with two pairs of hands. You get some standard fists and some of the magical gesturing hands. They swap easily and allow some variance in posing her. 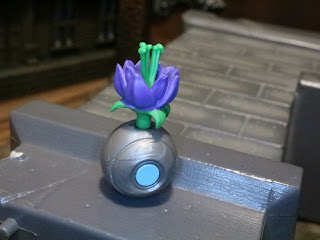 * Jean comes with a flower from Krakoa that comes in a really cool futuristic pot. Think they sell something like this at IKEA? The flower is nicely detailed with some purple petals and it is actually a separate piece from the pot. The flower is removable from the pot, so I guess you could have her give it to someone. It's a cool accessory though, again, not being familiar with the storyline this figure is from I have no idea of its significance. 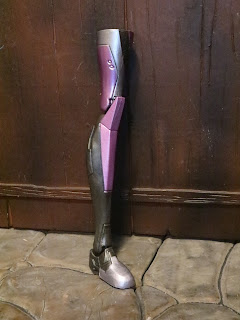 * This series comes with the pieces of an unusually spindly Sentintel called called the Tri-Sentinel on the packaging. I'm not sure that I'm planning to build this but it seems rather tall as the top of the leg reached up to Jean's mid torso. 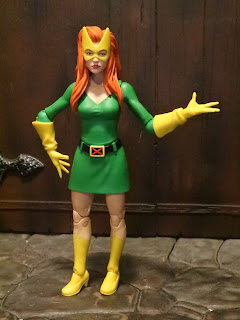 * Marvel Girl is a fantastic looking figure but, wow, the articulation below the waist is pretty much useless. She's wearing her 1960s styled short dress and while you'd think the short skirt would allow for an almost normal range of articulation you'd be wrong. The skirt is made from a very solid plastic and has hardly any give meaning Jean's legs are useless. There's little to no forward or backwards movement and hardly any sideways movement even with a slit in the right side of the skirt. That's disappointing! 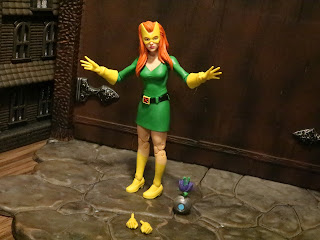 Marvel Girl really is a gorgeous figure with great colors, a solid design, and a beautiful headsculpt, but the limited articulation from her skirt is just a major bummer. When I think of the 1960s' superheros I think expressive characters in bold, dynamic poses, but there really aren't many poses Jean can take. The skirt really could have been made from a softer, more flexible material to allow for some give when posing her. She'll look fine on your shelf in a static pose and she has a really cool flower accessory but it's tough to recommend her as a really solid figure. I'd still give her a Good and a 1/2 but she deserves better!