Jeopardizing June: Anti-Eternia Ram Man from Masters of the Universe Minis by Mattel 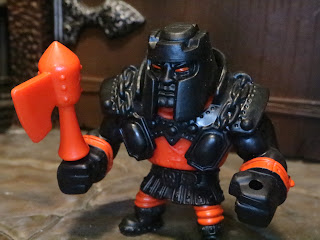 For June 2021's themed Masters of the Universe series of reviews I'm trying something a bit different: The theme is a mystery and you have to guess what the subjects of the reviews have in common! Check out all the details and how to enter the contest for a prize package here.
Today's installment of June Jeopardy features a figure from what I think is the most recent series of Masters of the Universe Eternia Minis: Anti-Eternia Ram Man. Mattel seems to be realizing that Anti-Eternia versions of the heroes make for easy and striking repaints so I imagine we'll see quite a few of these in the future. Ram Man was first released as a minifigure in series 1 and this is just a simple black and red repaint. How'd he turn out? Read on and find out after the break... 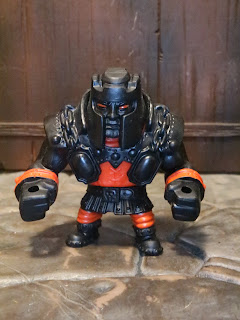 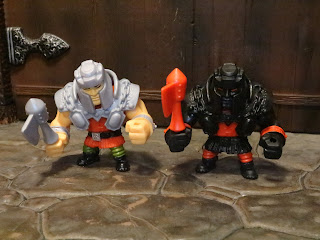 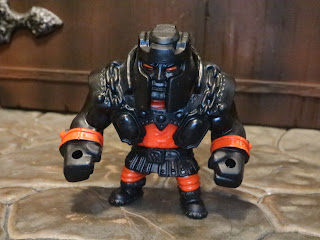 * There's still a lot of detail on this figure and it's not too hard to make out even with the mostly black paint job. The red highlights are nice and bright and they really stand out against the solid black. 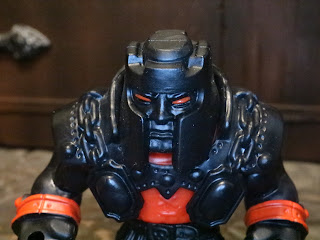 * Anti-Eternia Ram Man's face is really creepy, particularly his eyes. The red eyes on this guy are just really unsettling. It's quite nice! 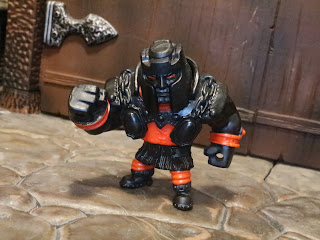 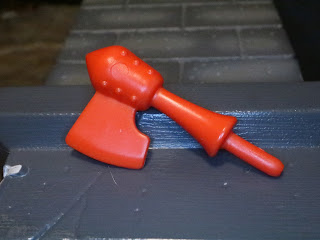 * Ram Man comes with the same axe that the standard figure comes with except now it's in bright red. It looks pretty cool. 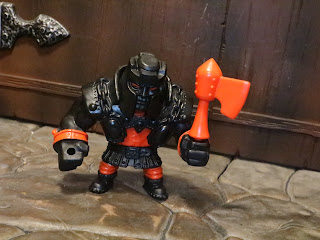 How's Anti-Eternia Ram Man? Not bad. He's actually a really cool minfigures that manages to be kind of creepy and a whole lot of fun. Ram Man is one of my favorites but he's definitely a character who doesn't get too many variations. This version of Ram Man definitely stands out and I'm sure he makes for a formidable foe. I'm still quite perturbed that Mattel opted to do away with the cool packaging from series 1 or 2 as those plastic "playsets" added a lot of value to the set. Still, these are cool minfigures and I'd love to see more new sculpts in the future.