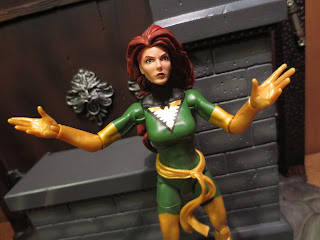 Today is my fifth review from Hasbro's Marvel Legends: X-Men series and I'm looking at Jean Grey, AKA Phoenix. Jean Grey has had a number of different looks and personas over the years but I would dare say that her most memorable is that of Phoenix. During their run on Marvel Legends, Hasbro has released a Jim Lee era Jean Grey, Black Queen, and a first appearance styled Jean; this is their first take on the character. Toy Biz released Phoenix back in 2004 as part of the sixth series of Marvel Legends and it's taken... 12 years for the figure to get a redo. Wow! That really seems like a long time now, doesn't it? Join me for a closer look at this Omega-level mutant after the break... 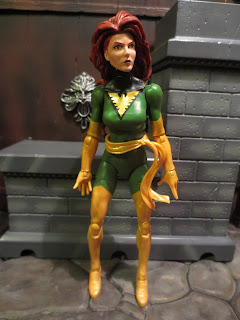 Accessories: The torso for the build-a-figure Juggernaut. 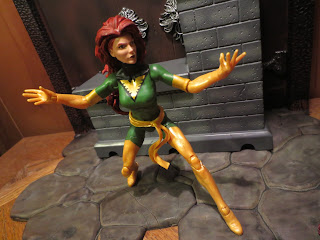 * Phoenix is another entry in this line with solid articulation. She's not as good as Kitty Pryde or Rogue, but those two are tough acts to follow. She feels quite solid, though, and is still a very fun, durable figure to tote around and play with. 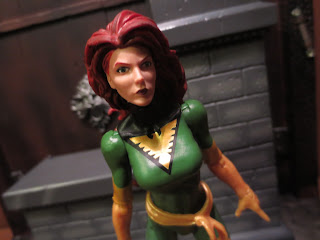 * I like the very intense look that Phoenix has on her face. It's very different than the more comic inspired appearance of Toy Biz's figure; it possible seems more heroic. I'm also digging the black and gold phoenix logo on her costume. It's very simple but just looks incredible. The paint and line work on this detail is really quite nice and helps this to be a standout on the figure. 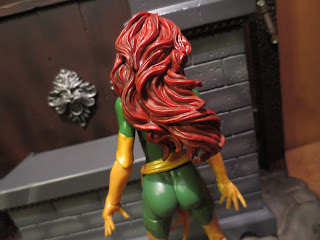 * I really like Jean Grey's hair. The sculpt is very detailed and the red plastic with a dark wash gives it a beautiful appearance. Very nice work. 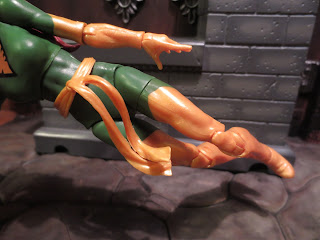 * The color scheme on this figure is quite nice. I love the mixture of yellowish gold, green, and red. The paintwork is really and the edges where colors meet up is sharp and well defined. This is such a well designed costume and Hasbro has done it proud. 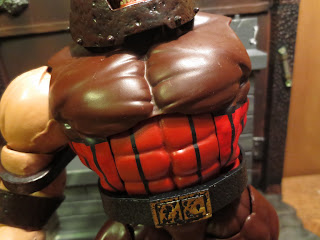 * I'm always willing to give props to any company who includes pieces to a build-a-figure in a series of figures, thus Hasbro gets major props. I really want this Juggernaut figure and that has compelled me to buy more figures than I had planned at one point. That's the power of the BAF concept, though, right? I'll review this in more depth once I complete Juggernaut but so far he's looking pretty slick. 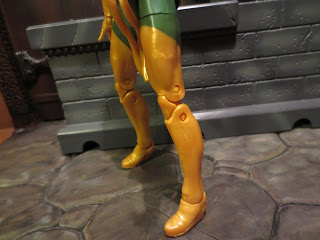 * Rubber knees strike again! Jean's knees are a bit rubbery and bend a bit more than I typically see a knee bend. This also makes her more difficult to stand due to her heavy hair. 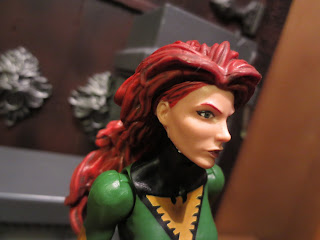 * What exactly is going on with Jean's hair? I'd try to suggest it was put on sideways but the painted bit of hair on the right side of her head is actually part of the head. I'm sure Hasbro was going for a windswept look or something, but it just didn't come out quite right. 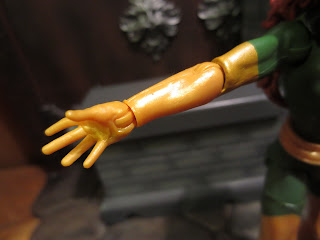 * Phoenix feels a bit light in the old accessory category. While she does include the large torso for Juggernaut, there's no reason Jean couldn't have come with some fiery effects for her wrists or something. Coming with no accessories for the actual figure, Phoenix feels like a pretty light release. 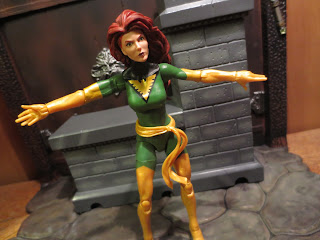 While I like Jean, I think she's actually a bit more lackluster than the other figures in the series. It's the lack of extras that really stings, although the odd hairdo isn't helping things out, either. Of course, Phoenix is a major character in the Marvel Universe and plenty of fans are going to want her for their collections. She's also required if you're building Juggernaut, so you might just need to pick her up anyways. She's a Good figure, but a bit weaker than she should be. And that's something that should never be said of Jean Grey.

I actually have reviewed one other Jean Grey action figure before: Jean Grey as the Black Queen. I've reviewed a couple of other figures from this series along with plenty of other Marvel Legends figures, too, including: