Minifigure Review: Evil-Lyn from Masters of the Universe Eternia Minis by Mattel 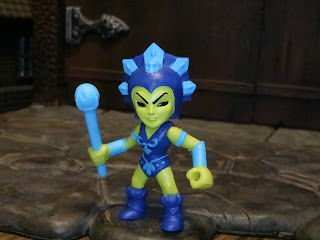 I've reviewed a few of the Masters of the Universe Eternia Minis that were just rehashes of previously released figures so how about we look at a new character today? Let's check out Evil-Lyn! This is her first time in one of the MOTU Minis lines which makes her a pretty exciting release. Yeah, she reuses the same body as Teela, who we already saw in the Slime Pit Multipack a few months ago, but that's to be expected, right? Let's take a closer look at Evil-Lyn after the break... 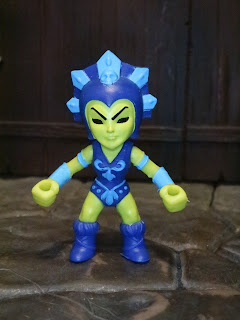 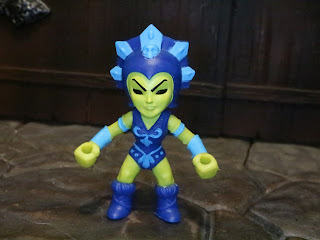 * Evil-Lyn uses the same body as Teela but with how different her colors are (especially the yellow skin) you would never know. The paint detail is pretty clean, especially for a figure this small, and the bright yellow of her skin looks really good. 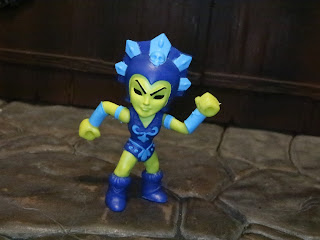 * Evil-Lyn moves in the same places as her pail counterparts and while she's not as dynamically posed as they are it's always impressive to get some movement out of a minifigure. She's a sturdy little thing, too. 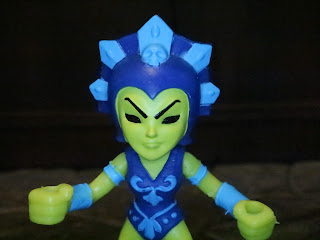 * The all black eyes are kind of weird but it's not like Evil-Lyn is a heroic character. The style of the line gives the figures mostly simple, black eyes so she falls right in line with the rest of the crew. She has a pretty mad expression on her face including some very angry eyebrows! 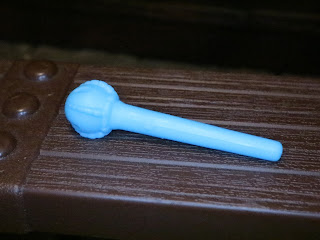 * Evil-Lyn comes with her wand. It's a simple piece but it's what the vintage toy had and she looks good with it. It matches the light blue details on her outfit and really completes her look. 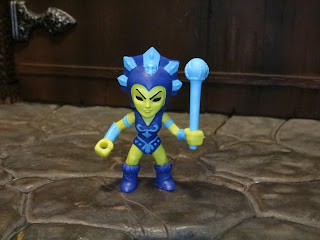 Evil-Lyn turned out to be quite a nice minifigure! She has clean paintwork, a nice design, and she's just really fun. Her colors almost always stand out and the Eternia Minis version continues that tradition. I still wish these little figures came with the cool playset inspired plastic cases that the series 1 and 2 figures had but for the price (around $5 bucks) Evil-Lyn's still a decent minifigure. I'm giving her a Great rating! She's one of the standouts of series 3 so far. Of course, there are still a few figures I haven't looked at yet, including a Teela variant, so I'll keep exploring the series in the weeks ahead.