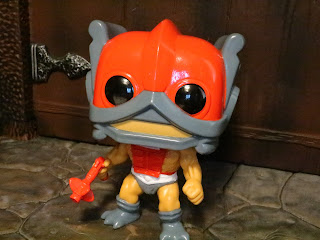 The set of the original eight Masters of the Universe figures is one of the most recognizable action figure casts of all time and in most Masters of the Universe toylines they're the first ones to get made. Funko has oddly spaced out the original eight, however, and they still haven't made Teela. That's crazy to me! She has to be coming soon, right? Anyways, as I was saying, the original eight figures usually are the first toys to make it into new MOTU lines but if there's an outlier there, it's typically Zodac. He's a fantastically cool character and maybe it's the fact that he's been portrayed as a bounty hunter, an Evil Warrior, a heroic ally, and a neutral Cosmic Enforcer that has made him an odd character to get a handle on who hasn't been as predominant in as much media as the other original seven characters. The POP! vinyl Zodac is fantastic, though. Released as a NYCC 2021 shared exclusive (he was also sold through Toy Tokyo) Zodac is yet another exclusive. Let's check him out after the break... 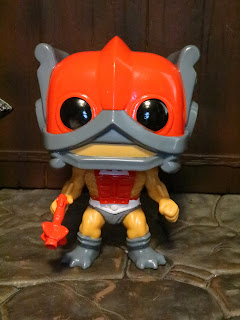 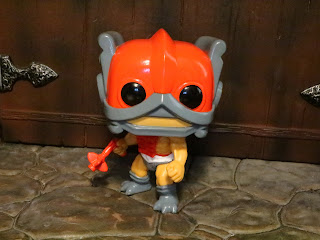 * Zodac's build is pretty standard for a POP! vinyl; he stands, has a swivel head, and a fairly neutral pose (which befits Zodac quite well). 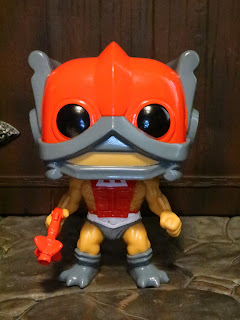 * Zodac's red is nice and bright. I love the color of red used here. It almost has a bit of a metallic sheen to it. The armor is sculpted well, showing off the Cosmic Enforcer logo, and he's sporting his weird three towed boots and finned arms. Zodac isn't just a regular "human" for sore. 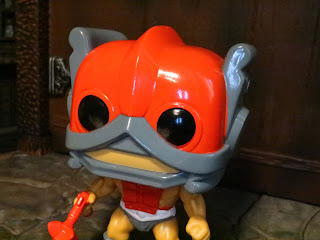 * The headsculpt is great and captures Zodac's helmet perfectly. It really looks impressive and the giant black eyes are fitting both with the POP! aesthetic and the look of Zodac's helmet. I really wish Mattel would release a Cosmic Enforcer helmet prop replica similar to how Hasbro has been releasing helmets in Star Wars: The Black Series. That would be an amazing collectible. 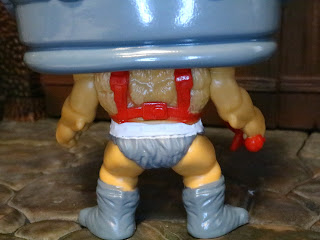 * Flip Zodac around and you can see how true he is to the vintage toy. Visible straps for his armor? Yes indeed! He also has a very hairy back. 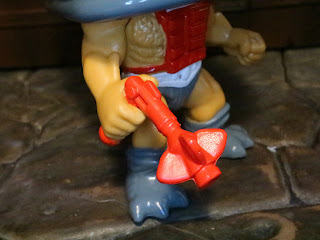 * Zodac is sporting his cool flared laser pistol. It's a nice sculpt for sure and it's a very recognizable MOTU weapon since it was reused a couple times and came with the vintage Weapons Pak. 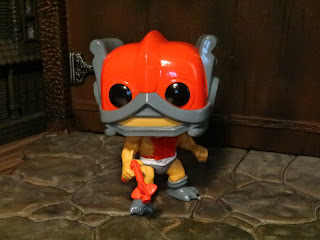 Zodac is pretty cool and merits a Great rating. He's an exclusive so he'll cost you a few bucks more but he looks fantastic. We're getting pretty far into the vintage MOTU catalog with Funko's POP! offerings and it'll be cool to see if they do finish the vintage line. Zodac is really an excellent addition, though now that we have him Teela surely has to be in the set of reveals, right? What's the deal with Zodac, anyways? How do you view him? A "neutral" observer like the Watcher, a heroic member of the Cosmic Enforcers similar to the Green Lantern Corps, or an evil bounty hunter like in the earliest material? Share with the class in the comments below!