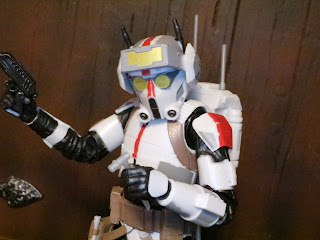 The members of Clone Force 99, better known as the Bad Batch, have been some of the best Black Series releases this year and I'm excited to checkout another one from the most recent series of figures. It's time to check out Tech, the science and technology expert for the team. I'm impressed that Hasbro has been cranking these guys out so fast although that's likely because they first appeared in season 7 of The Clone Wars back in 2020. In fact, the team was designed around 2011 and appeared in some unfinished animatics back in 2012. I love the concept of the Bad Batch and while I'm still making my way through the show, I'm eager for more of them. Tech is a very fun, very interactive action feature that feels like he could fit in with the G.I. Joe Classified Series because of all of his cool gear and how he can tote it around. Let's check out Tech after the break... 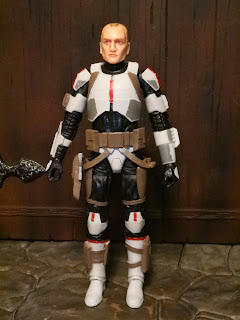 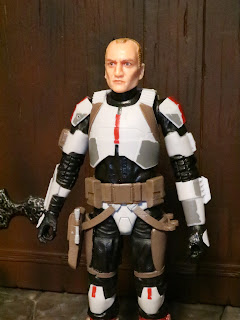 * Tech looks rather different than the rest of the team due to his armor being more of an off-white color and seemingly lighter. While he's a competent fighter Tech is outfitted more for his particular mission duties than for going head to head with armies of Separatists. The armor is excellent and it really looks like individual pieces of armor worn over a body suit rather than just a single sculpted outfit. Hasbro does a great job on armored figures most of the time and Tech is no exception. There's a lot of detail on the figure including plenty of paint applications. He's a very complex looking figure. 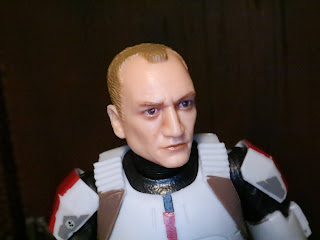 * Tech definitely looks like a real world version of the character. The Bad Batch are genetically modified clones who differ from the standard Jango Fett template. Tech looks quite different with paler, almost Caucasian looking skin, a thinner face, and a seemingly receding hairline. You can still see the likeness to Temuera Morrison in the sculpt, which is accurate, but also kind of weird. Still, this is Tech, and Hasbro did a great job. 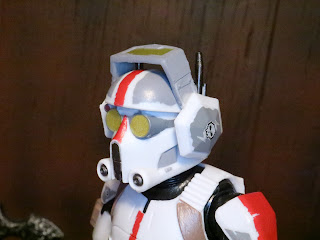 * Tech's helmet is excellent. It fits on his head really well and looks great. It's also very detailed with a bunch of paint applications, including the Clone Force 99 skull on the sides. The round yellow goggles are very distinctive, too. 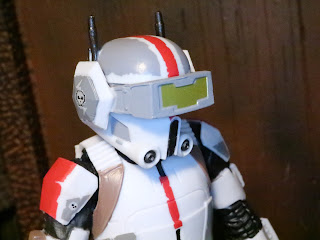 * Tech's helmet has a functional visor that folds down, presumably to offer him lots of other features. I think it has some built in translation software that allows him to read different languages. It probably does lots of other stuff, too. When it's down you can also see the antennae on his helmet better. 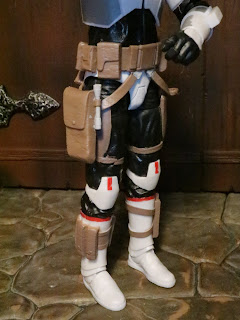 * Tech is sporting a belt with lots of space for toting around gear as well as multiple pouches on his boots. Everything looks great here and I really love the geared up look of the figure. 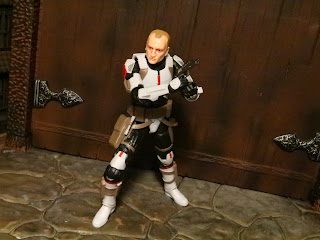 * The Black Series almost always has solid articulation and Tech doesn't disappoint. These are some of the most solid toys on the market and I don't think you'll be disappointed with him at all. This line has come a long way since the beginning, hasn't it? 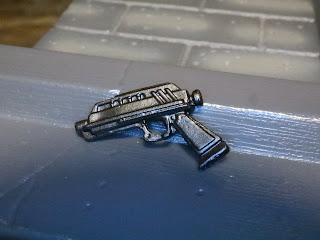 * Tech only comes with a single DC-17 hand blaster. It's a simple, reliable, and effective blaster pistol favored by Clones in need of a close quarters weapon and it's usually what Tech is toting around. It's a small blaster but the sculpt is really quite crisp. 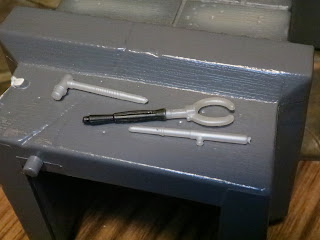 * Tech usually gets the job done with his tools and talent rather than a blaster so he comes with three tools he can utilize. One looks like perhaps a small torch or cutter of sorts, one is a probe (perhaps for slicing), and one is a grasping tool of sorts. They're small pieces but the figure can hold them with a little care and they really are all very, very cool. These easily could have just been sculpted elements or not even included so I really think Hasbro put in some extra effort here. 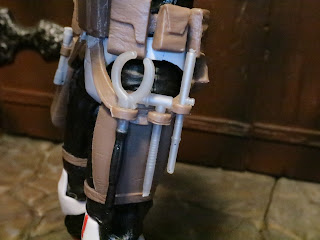 * Be careful you don't lose all of those small tools! It's best to store them in this hand series of loops on Tech's left hip. What a cool feature, right? 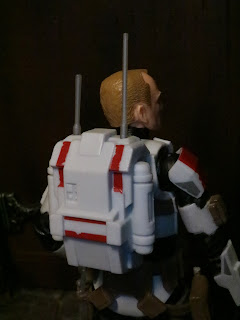 * To carry the rest of his gear Tech comes with a large backpack that plugs into his back. It looks pretty cool and has two antennae as well as some cylinder hanging off of the sides. 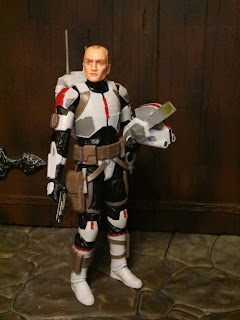 Is Tech the best Black Series figures released this year? Possibly. He's just a really darn cool figure with lots of accessories and the super cool feature of being able to hang the tools from his belt. He looks great alongside of his companions but he also stands out just enough to really have a very unique look. It's stuff like those tools that hang on his belt and the moving visor on his helmet that really make him a very fun figure. The Bad Batch figures have been fantastic all around and Tech is another Epic release. He might just be the must have figure from the newest series of figures which is really saying. When Hasbro really goes all out on the Black Series they definitely impress.