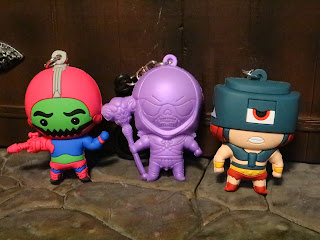 I received both of the Walmart exclusive Monogram International Masters of the Universe: Figural bag Clips for my birthday back in September but I only reviewed the first set back in October. Let's take a look at the second set today which features some more Evil Warriors to pester the heroes. It turns out that Monogram International has a second set of bag clips out which features four of the figures from these exclusives (Trap Jaw, Tri-Klops, Man-At-Arms, and Battle Cat) along with the She-Ra that was released as an SDCC exclusive a few years back and six all new clips (Teela, Moss Man, Panthor, Hordak, and new versions of He-Man and Skeletor). I'm going to have to start looking for those! I love the design of these little guys and they're fun to hang up and display. This set is another cool little MOTU collectible and now that these seem to be showing up on clearance you can probably snag a deal. Let's check out these three villains after the break... 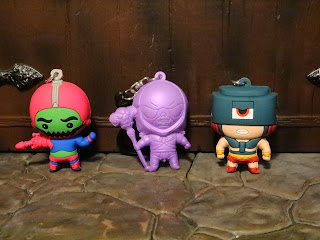 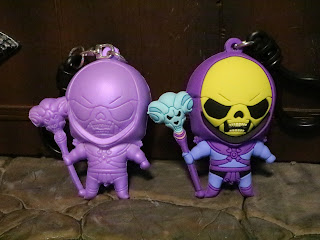 Comparison:
* On the left is Havoc Staff Skeletor while the basic series 1 Skeletor is on the right. This guy is a simple "repaint" with Skeletor cast in metallic purple. It's different and is the only item exclusive to this set at this point. 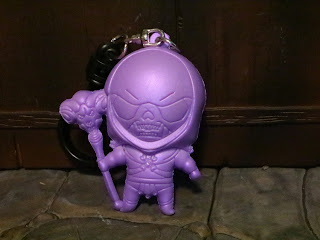 The Positives:
* These little guys are kind of adorable here. I think for Skeletor it's thanks to his massively oversized forehead, which is definitely part of the aesthetic choice for the line. Otherwise, his body is incredibly detailed with etched in details that can be seen even without any paint or color. The metallic purple is nice and definitely a bit cooler than I originally thought it would be. 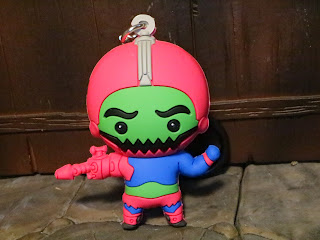 * Trap Jaw is one of the two new figures who is also available in the series 2 blind bags that are just starting to show up in stores. He's very Filmation inspired but I like that here as his bright colors really stand out. There's a lot of detail etched into his cannon arm and his face and eyebrows are just hilarious. 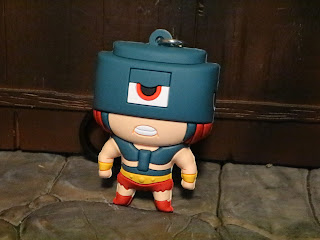 * I'm really glad to see Tri-Klops here as he just doesn't seem to get the attention that so many other of the main Evil Warriors get. He's also very Filmation inspired with his flowing red hair and he's sporting some bared teeth and one of his three eyes that gives him the moniker Tri-Klops. 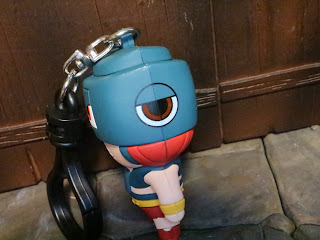 * On the sides of his head you can even see his other eyes, too. There's on on the left and one on the right. The visor obviously doesn't rotate but it's pretty cool that these extra eyes are here. 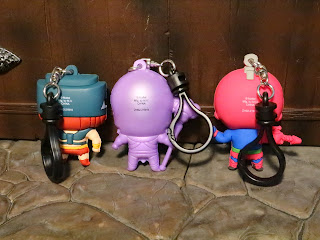 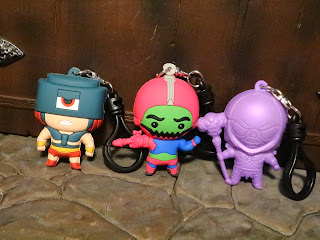 At the original retail price of $25 for this set you were actually paying a bit over the retail price of $7-8 for each blind bagged clip which seemed kind of weird. Usually a set like this nets you a bit of a discount. I do like this set, though. It's a bit cooler than the three-pack of the heroes as the Havoc Staff/ Metallic purple Skeletor is just a bit more exciting than the silver He-Man. This is a Great set and it makes me eager to pick up the rest of the series 2 clips through the blind bagged releases.
I've reviewed so many Skeletor/ Keldor and Trap Jaw/ Kronis items that they each have their own review archives. Check out Snake Mountain and Trap Jaw's Tourist Trap for their review archives.