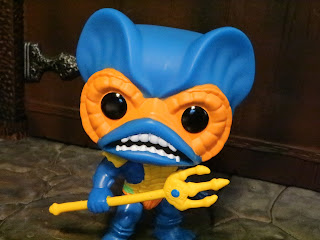 Now that Funko has placed the Masters of the Universe license under the POP! Retro Toys banner they've been going back and redoing some previously released characters in the style of the vintage toys rather than their Filmation looks. Today I'm checking out the Funko Shop exclusive Mer-Man #91 which is a variant of the standard release Mer-Man #88 that I reviewed back in early October. This guy is mostly a blue-green repaint of the previous Mer-Man with a new weapon. It's not a terrible variant as Mer-Man being depicted as blue has a long history in MOTU art and advertising, plus he has the spear from the 200x line to further spice things up. The last time I checked he was on sale for Black Friday as well, so you ca now pick him up for about $9 bucks instead of the usual exclusive price. Let's dive in and check out Mer-Man after the break... 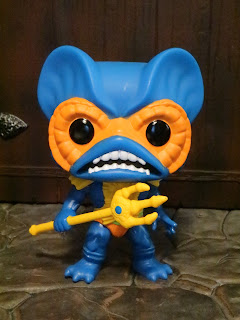 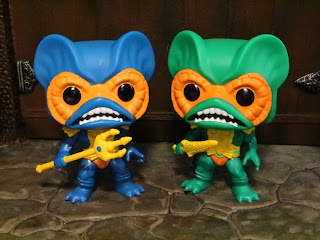 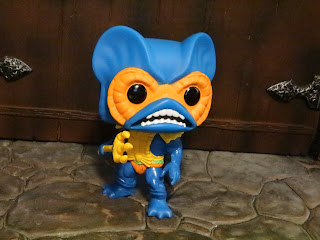 * Mer-Man's standing in a bit of a battle ready pose that kind of looks like the look of the vintage toys. You know, they were sculpted in a semi-crouched battle pose, too. He's got a swivel head and he's holding his spear out at the ready. This fishy fiend is ready to cause some havoc for the Heroic Warriors and he looks good posed sideways, though with his swivel head he can look any way. 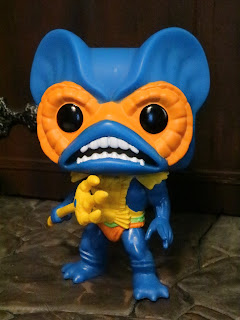 * Mer-Man looks excellent. I'm not as big of a fan of the blue Mer-Man as I am of the green Mer-Man but I do like the look of the figure and the overall colors. He's got fins sculpted on his arms and he has very long, fishy fingers, too. The armor looks great with lots of sculpted detail on the plate. 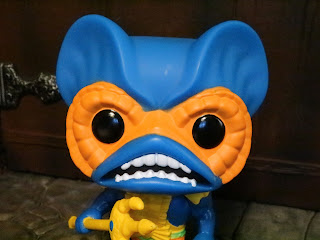 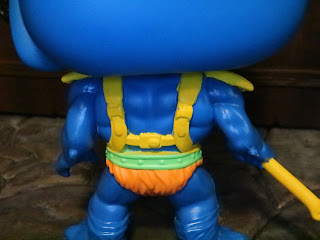 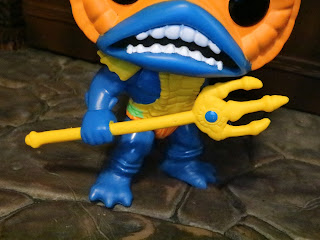 * The trident is really cool and definitely helps to make this guy feel more unique from the previous release. It's a cool looking weapon that's very regal for the king of the sea of Rakash. 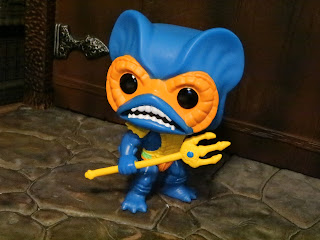