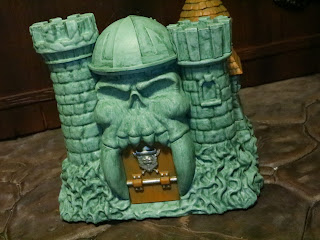 Well, Halloween has come and gone but today I've prepared a very special review today to help bridge the link between the Halloween season and the upcoming Thanksgiving and Christmas seasons. Let's look at a Christmas tree decoration that ties in with the 31 Days of Toy Terror: Skeletober theme: Castle Grayskull! Hallmark has released two previous Hallmark Keepsake ornaments but this Castle Grayskull is without a doubt the best yet. I'm not sure there's anything more iconic to Masters of the Universe than Castle Grayskull and this ornament is one of the most impressive renditions of the castle that we've seen. While my vintage Castle Grayskull came from a yard sale when I was a child (I wasn't born until 1983, so I'm a bit younger than most MOTU fans) it doesn't take long to find other fans posting childhood photos of them happily receiving Castle Grayskull on Christmas morning. This is an incredible ornament that I'm so thrilled to have. Let's get ready to deck the halls of this ancient fortress of mystery and power after the break... 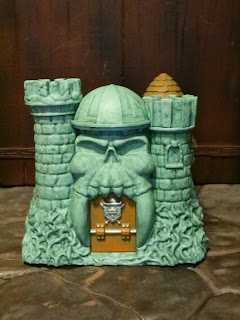 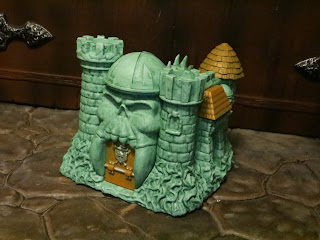 The Positives:
* This isn't just the front of Grayskull or an open piece with two sides like most of the toys; this is a fully realized Castle Grayskull that reminds me of a smaller version of the Icon Heroes Castle Grayskull designed and sculpted by Nate Baertsch and the Four Horsemen. It's very Filmation inspired overall, especially from the front, but the rear of the castle is definitely inspired by the Icon Heroes piece. 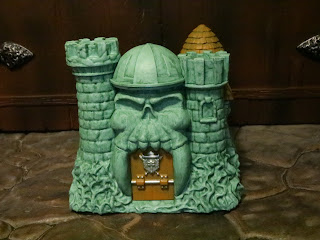 * The front is very Filmation inspired with longer teeth/ fangs on the side, minimal extras on the tops of the towers, and no ornament on top of the dome. The green color of the castle is really nice and light enough to allow the finer details to be seen. The roots/ vines at the base of the castle are also a Filmation staple and they look really nice here, giving the castle somewhat of a natural base for a standalone piece like this. 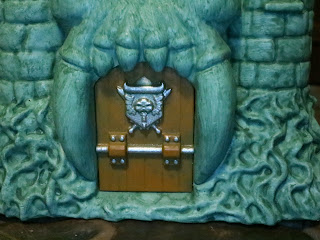 * The door doesn't open but it looks like it could. it has the ornamental skull adorned crest on it. Everything, including the rivets on the door's brace, is given a paint app to bring out the details. 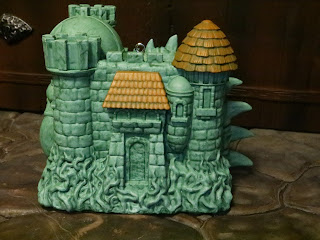 * The right side of the castle is familiar do to the vintage toy and that's what is presented here, although it has the vines/ roots of the Filmation castle. The roofs of the towers here are nicely painted and there's a good bit of drybrushing to bring out the details. Wouldn't you just love to explore this castle? 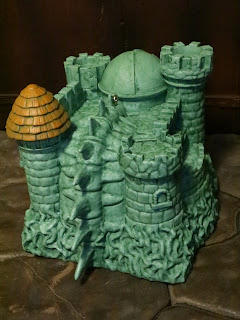 * The back of Castle Grayskull shows off the giant spine which is present in the Filmation cartoon. This is just amazing looking and it really drives home the idea that Grayskull was built around the fallen remains of some gigantic being. 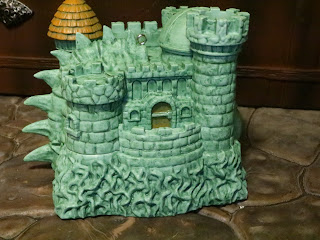 * To the best of my memory, the only previous place we've seen the right side of the castle designed like this was on the Icon Heroes statue. 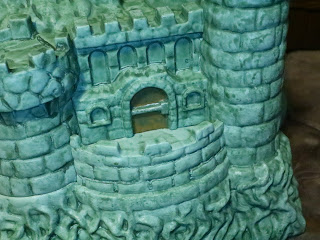 * I really love the little open are on the side turret. If one of the playsets had this area you know that there would be some epic battles happening here. 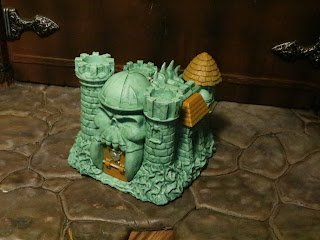 The Negatives:
* My only complaint with this set is that the facial features, especially the eyes and nose, really needed some paint applications or a dark wash inside. It's not going to ruin my enjoyment of this piece but their absence is noted. 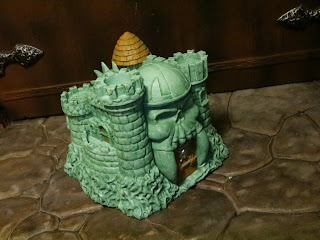 Is this thing cool or what? Ever since I was a kid my mom has always picked up the Hallmark ornament books for me to look through. She still grabs them for me, my wife, and my daughter to look through and when I saw this inside she let me know that her and my dad had already preordered it for me at a Hallmark store. This is a wonderful ornament and just a darn fine Castle Grayskull display piece. It's one of the best depictions of the castle I've ever scene. This is an Epic item that deserves to be in your collection if you're a MOTU fan. Absolutely brilliant!