Collectible Review: Teela Staff from Masters of the Universe by Factory Entertainment 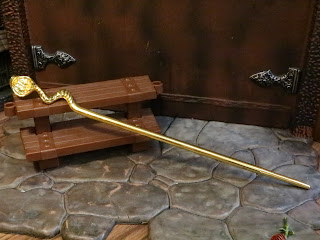 Skeletor's Sword and Teela's Staff of Ka are the two newest releases from Factory Entertainment's Masters of the Universe Scaled Prop Replica line and since I just reviewed Skeletor's Sword (awkwardly called "Skeletor Sword" on the packaging) it's time to check out Teela's Staff of Ka (awkward called "Teela Staff" on the packaging). So, what exactly is Teela's Staff of Ka? It's the snake themed staff that came with the vintage Teela figure. The vintage Teela figure was originally intended to be two separate figures (the warrior Teela and the pre-Sorceress character the Goddess) but was combined into one, thus the reason Teela came with a bunch of snake themed items. In Masters of the Universe Classics Teela's staff was given the name the Staff of Ka and tied in with the Snake Men. It makes sense and adds a bit more mystery and magic to the item. Considering is and has always been an A-List MOTU character it's fitting that one of her accessories gets covered in this line of miniature prop replicas. Let's take a look at Teela's Staff of Ka and see if it's a worthwhile addition to this line... 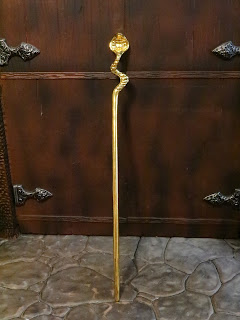 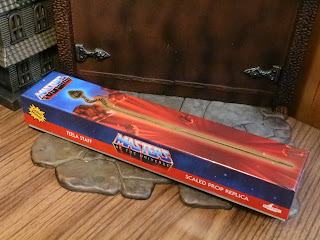 * Teela's staff comes in the same collector friendly durable box with an opening top as the other items in the series. The top easily lifts off to reveal the sword inside of a molded tray and covered with another plastic overlay. You can remove and replace the staff quite easily and overall it does a fine job of holding the item and showing off what's inside. 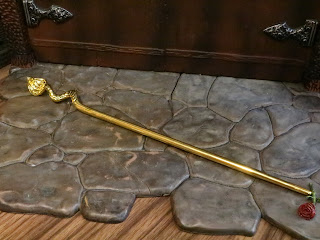 * What you're getting here is a solid steel replica of Teela's staff. It's not the most detailed item (the staff is literally just a smooth, metal shaft) but it does look like the vintage toy. Factory Entertainment chose to go with gold instead of the reddish-brown color of the vintage toy which I'm not sure I like. The gold color is based on the MOTU Classics figure, though it does look nice. 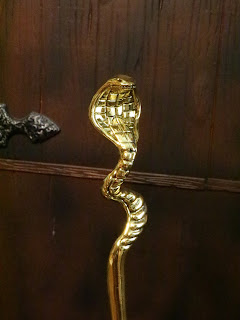 * The headpiece of the Staff of Ka is quite nice. It's a cobra with lots of detail. If you have a larger scale Cobra Commander figure he might enjoy toting this around! 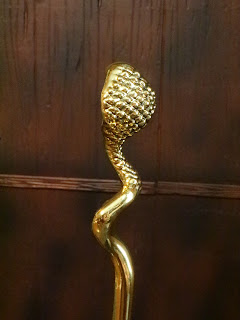 * Here's a shot of the back to show of more of the scales on the headpiece. 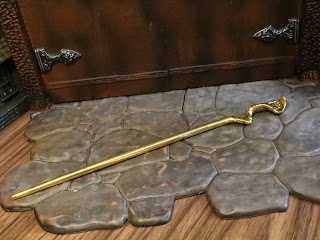 * My biggest complaint with this line is that there really isn't a great way to display these. You can leave it in the box or use the box insert but that's not terribly attractive for display. I really wish Factory Entertainment would have crafted a small stand to hold the item, either horizontally or vertically, something perhaps with a small name plate. Presentation is key for a prop replica and that would have been a nice touch. They're including stands with their Thundercats replicas, so I'm not sure why MOTU isn't getting them. 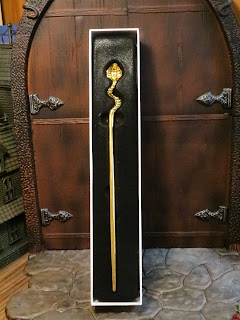 Teela's Staff of Ka is a cool accessory on most figures but as a prop replica it's kind of dull. I mean, it's very simple and doesn't really stand out much. Also, if they're intent on maintaining the vintage design why not go with the vintage reddish-brown color? This looks very generic to me, like something you'd find as a gift shop or something and pick up because it "kind of looks like Teela's Staff." I'm really left wishing that Factory Entertainment would perhaps take a bit of creative license on some of these accessories in the same way that Mondo, Sideshow, and Tweeterhead have done with their MOTU offerings. You're getting exactly what is advertised but it's kind of boring, something that can rarely be said of MOTU. This is really an Eh item for me. I'm always glad to see Teela get some more attention but this just isn't that thrilling of a piece.

Looking for more of Teela? Then check out Teela: Warrior Goddess, an archive of all of my Teela reviews!