Minifigure Review: Zodak from Masters of the Universe: Eternia Minis by Mattel 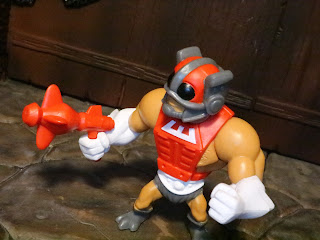 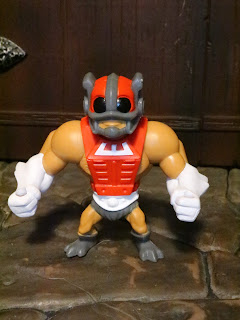 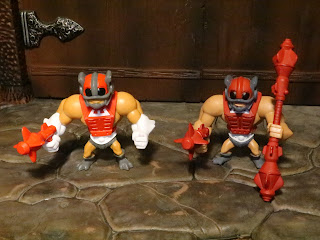 * The new Zodac is on the left while the 2014 MOTU Minis Zodac is on the right. There is no reuse at all here so far as I can tell. Even the blaster and the headsculpt are different. 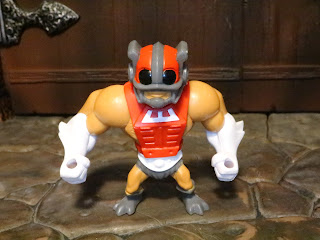 * Zodac is really bright here and his red armor and white gloves really stand out nicely. He's sporting the weird three-toed boots and the arm fins, too, which just makes ol' Zodac even more mysterious. The W shaped Cosmic Enforcer symbol on his armor looks fantastic as well. Maybe we're now closer to getting Wun-Dar in Eternia Minis? 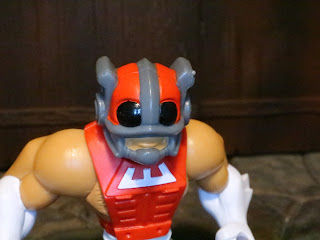 * I love Zodac's helmet. It's very cool and has a great retro sci-fi aesthetic that I just love. The paint work is really sharp on such a small portrait and the range of motion on his balljointed head is way better than most other figures in the line. 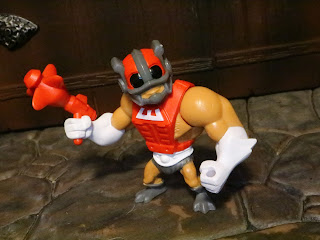 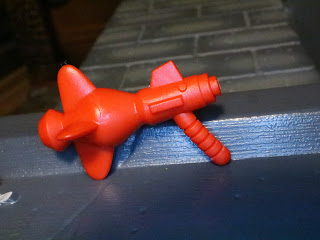 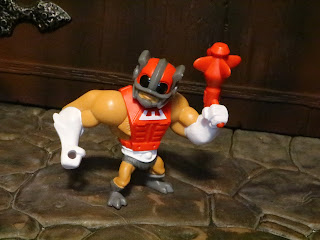 Zodac is a Great minifiugre and one of my favorites of the year. He really is quite cool with a great paintjob, an excellent portrait, and a really cool accessories. Some of the standard MOTU Eternia Minis figures have been tougher to find since not many stores carry them and Mattel seems to now be shipping mostly the Revelation branded minis so you may have to resort to online to track Zodac down. He's definitely worth adding to the collection and a real upgrade to the previous release. While the paintjob seems simpler it just looks better overall, as does the sculpt.

If you're a fan of Zodac I've also reviewed the Super7 M.U.S.C.L.E. Zodac, the Colorforms Deluxe Play Set, The Loyal Subjects Zodac Action Vinyl, the MOTU Origins Zodac, the Mega Construx Panthor at Point Dread set which includes a Zodak minifigure, and the Eternia Minis Horde Zombie Zodac from the Slime Pit Multipack.