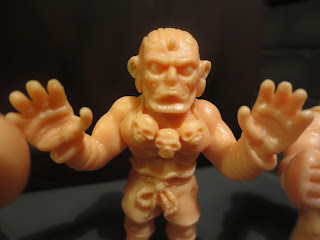 Today I'm looking at the second pack from Super7's Street Fighter II subset of their M.U.S.C.L.E. revival, which contains Balrog, Dhalsim, and Ken. I reviewed the first set yesterday and gave some general thoughts on the popularity of Street Fighter II, so today let me begin by saying how much I really appreciate how Super7 is handling the products they're releasing. I can't think of any company producing product who makes things easier to buy than Super7. They sell their product directly, have pretty decent prices for being a fairly small operation, and they always seem to have enough to go around. They're doing great things and I'm excited to see how their work on Masters of the Universe classics turns out. For the meantime, though, I'm enjoying their work on M.U.S.C.L.E. Let's take a closer look at Pack B after the break... 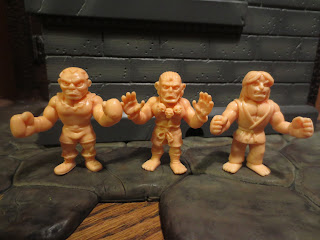 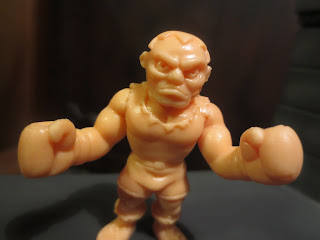 * First up is Balrog, whom you may or may not be aware was originally called M. Bison in the Japanese version of SFII. Apparently the development team for the US localization thought that having a boxer who resembled Mike Tyson named M. Bison was too on the nose, so they did a three way name swap (Balrog was originally Vega). The figure captures the in-game character perfectly, down to the mean look on his face and the enormous boxing gloves. 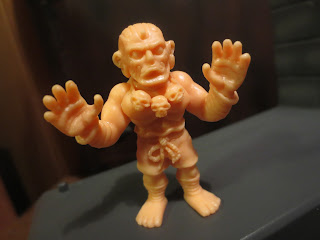 * If you want to select what might be the absolute best minifigure in the Street Fighter II series, it might be the fire-breathing yoga mystic. Dhalsim was doing yoga before yoga pants made yoga cool, and this guy has a minifigure deserving of his coolness. The headsculpt, pose, and amazing skull necklace show Super7's dedication to their craft. This guy is exceptional. 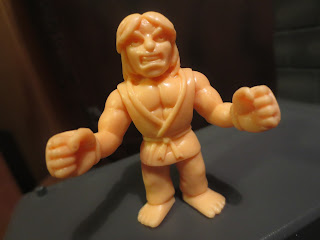 * It's Ken! Ry's bestie and rival, Ken and Ryu shared the same move set and similar outfits. Based on Joe Lewis, Ken truly was the Americanized version of Ryu. He has a pretty M.U.S.C.L.E.ish facial expression and some massive hands with which he can deal damage. I'm digging this guy. 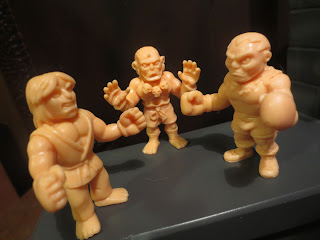 There's not a weak pack of minifigures in this set, but it's very possible that Pack B is the best. Both Ken and Balrog are excellent minis with sharp sculpts, a great plastic tone, and a sturdy, solid feel, but Dhalsim is outright phenomenal. The level of detail on him is incredible and truly helps to give this set an Epic rating. Considering that these little guys are only $2 each (that's quite low for minifigures in this style) Super7 is giving fans of the style a very good deal.


I've reviewed plenty of other M.U.S.C.L.E. products, including: