Minifigure Review: Pack A from M.U.S.C.L.E.: Mega Man by Super7 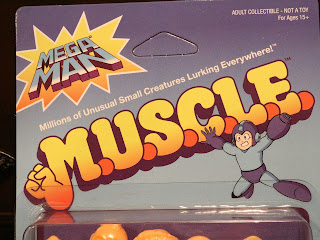 I'm just going to come out and say it: These are terrible. I love both the vintage M.U.S.C.L.E. and Super7's M.U.S.C.L.E. revival. I've reviewed nearly everything they've released thus far and nearly all of them have received high marks. While I'm certainly anywhere as big of a fan of Mega Man as I am of Masters of the Universe, Alien, or Street Fighter, I certainly have enjoyed a number of the games and I'm almost always willing to pick up some minifigures, particularly M.U.S.C.L.E. Folks, let me tell you that these are quite possibly the most disappointing minifgures I've ever owned. I hate to say that as I really was excited for these. They fail on almost every level, however; the plastic quality is crap, the detail is soft, the color isn't right, and the figures just feel sticky and oily. If you read my reviews regularly, you know that I don't usually write too many negative reviews. That's because I tend to only buy figures I'm pretty sure I'll like. I ordered this set as soon as I received the notice that it was available from Super7, so I kind of ordered sight unseen, knowing how good the stuff is Super7 usually produces. I'm not sure what happened here, though. Let's take a closer look at Pack A from M.U.S.C.L.E. Mega Man and see if you agree me... 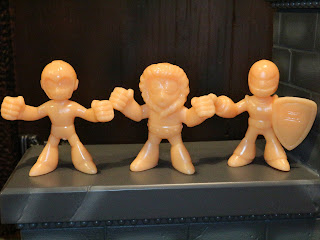 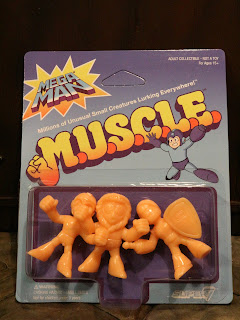 * Before we get into the figures themselves, I do want to point out that I like the packaging. It captures the look of the classic M.U.S.C.L.E. toyline while still having it's own personality influenced by the Mega Man games. If you collect these mint on card, you'll honestly probably be happier with this set than I am. 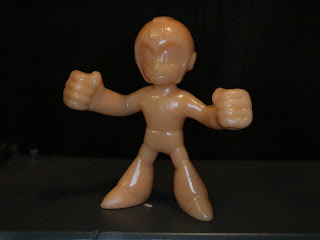 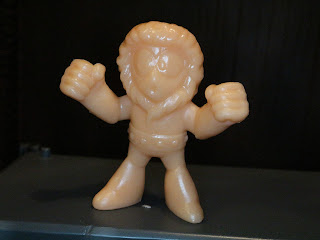 * One of the robots from the original Mega Man game, Ice Man seems like he'd make a pretty cool mini. He's sporting a furry hood, a studded belt, and some sort of tank on his back. Again, too bad the detail is so minimal and the plastic so shiny that it's tough to tell what you're looking at. A couple of years back I reviewed this set of minis from the dollar bin at Target: Those are better than these! 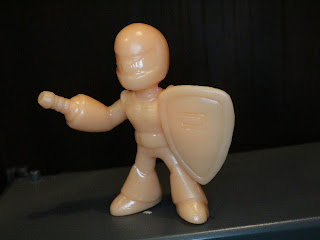 * Snipe Joe might be a standard, mass produced robotic minion, but he's also my favorite in the set. Too bad that, again, he falls victim to the poor detail, shiny plastic, and weird malleable limbs of this set. Seriously, the arms on these figures feel like you could legitimately snap them off, which is really weird for a M.U.S.C.L.E. figure. 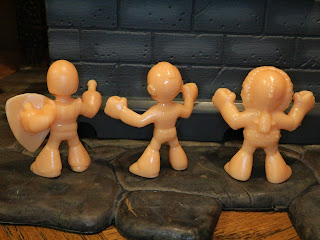 * These guys just don't feel like they're very well made. To date it feels like Super7 has been improving the quality of this line, with each release getting better and better. The Street Fighter 2 line was absolute minifigure perfection, so it's heartbreaking to see Mega Man regress to being far worse than even Super7's earliest offerings in the M.O.T.U.S.C.L.E. series. Just the fact that the figures feel oily and sticky really turns me off from them. 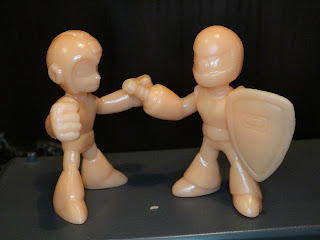 Again, it's rare for me to give something a truly bad rating, particularly a minifigure. These end up with the rating of Crap and a 1/2, though. They're awful and they're only getting an extra 1/2 because they're not broken in the package and the packaging is nice. Unless you absolutely need these, avoid them! Considering that Super7 is now taking preorders for the Masters of the Universe Classics line, a far more expensive investment than a pack of M.U.S.C.L.E. figures, they really need to ensure that everything they're putting out is of the highest quality. These are not, and it has me a bit worried

I haven't reviewed any other Mega Man stuff, but I have reviewed plenty of other M.U.S.C.L.E. figures, including: